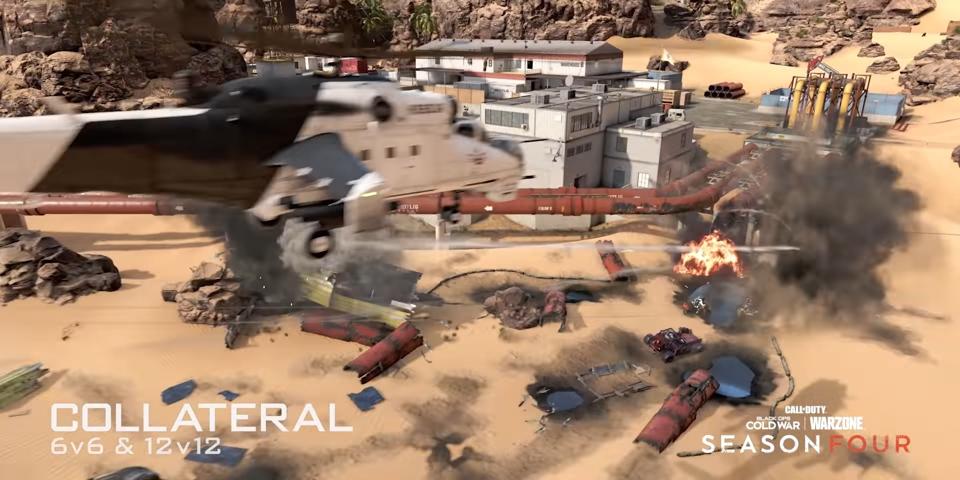 The trailer showed some of the Season 4 gameplay in both Black Ops Cold War and War zone, but the highlight of the trailer was the addition of three new maps to Cold War multiplayer. Notably, none of these cards are a great Multi-Team, which I think is a good thing. This allows the game to add two new 6v6 maps (one can also accommodate 12v12) and a new 2v2 Gunfight map.

The new cards are:

This is a larger map located in some sort of desert facility or factory. We don’t know much about this map, but we should find out more on June 14 when Treyarch drops all information about Season 4.

To finish-finally-another dedicated 2v2 card. Yes, we recently had Diesel, but it’s for all different sized teams up to 6v6. Amsterdam is the first Gunfight map only since Season 2. Since Gunfight is by far the best mode in the game, we need lots and lots of maps for that!

Gunfight is also a bit broken in both Black Ops Cold War and Modern warfare, but that’s another story for another time.

Finally, we come to the map that is in the title:

Hijacked originally appeared in Black Ops 2-the best Covert operations game since Cold War-and like NukeTown it has appeared in others Covert operations games since. Now it happens Cold War. The card is unique on board a cruise ship. You have two lanes on either side of the ship, two pole points above the central area, and a few interior areas below the deck, which allows for really good flow and some really intense shootouts.

Stay tuned to UKTN Games throughout E3 and next week as there will be tons announcements and revelations to follow. What games are you most looking forward to? We’ve had some pretty cool reveals lately, but my best reveal so far is hands down Ancient ring, the new game from FromSoftware, the creators of Dark souls. the Battlefield 2042 revealing was also pretty smooth. Much more to come. . . .

Check out the best video games of May in the video below: