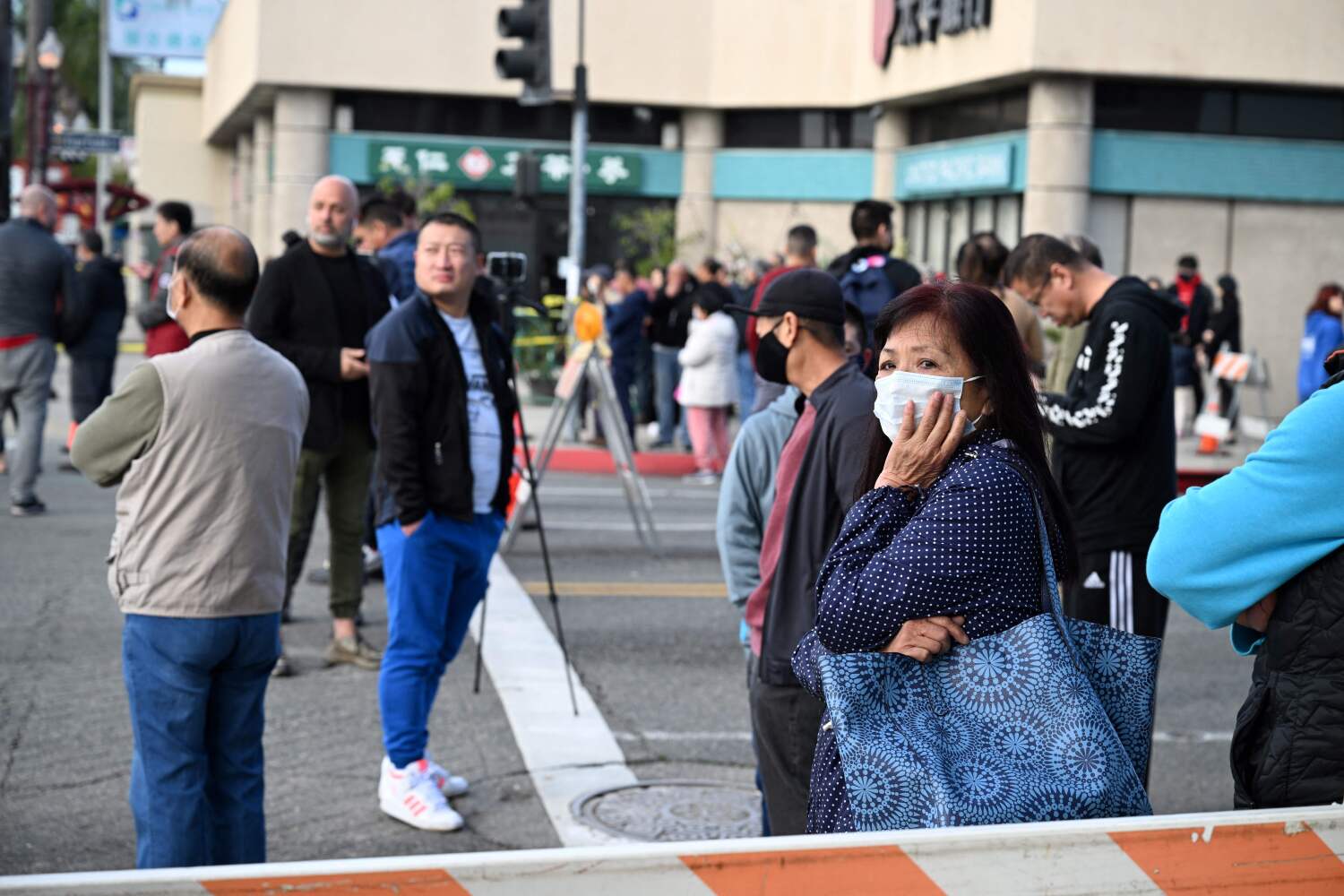 Eric Ching knew of no one injured in Saturday night’s mass shooting at a dance studio in Monterey Park, but he made his way to a local senior center Sunday morning to see if there was anything he could do to help.

The city, which has been a gateway for Chinese immigration for decades, has always been a quiet community, he said, where he could “go out at noon and literally feel safe.”

His voice cracked as he described the mass shooting that left 10 dead and 10 others injured.

“I’ve never seen a goddamn gun in Monterey Park,” Ching said. “But it was here and it took the lives of 10 people, and another 10 are now in hospital fighting for their lives.”

Families and others rushed to the Langley Senior Center, desperate for information about relatives and loved ones who may have been victims of one of California’s worst mass shootings in recent memory.

See also  Researchers implanted mini-human brains into mice, and they respond to light

A woman, who did not identify herself, said her fiancé was injured in the shooting.

“We know someone, but we’ve lost contact,” she said as she crossed the yellow police tape around the entrance to the senior center, which has been converted into an aid center in the aftermath of the shooting.

After walking out, she stammered that downtown officials didn’t know which hospital her fiancé had been taken to.

Los Angeles County Sheriff Robert Luna encouraged anyone who believes a family member may have been a victim of the shooting to contact representatives at the senior center, 400 W. Emerson Ave. at Monterey Park.

“As we search for the suspect, we will not forget the victims and survivors,” Luna said at a press conference this afternoon. “And it’s important because you can imagine the trauma they went through, and it’s our responsibility to put our arms around them.”

The American Red Cross, Los Angeles County Department of Mental Health and crisis response teams from the FBI and the City of Los Angeles are at the senior center helping families, sheriff’s deputy Miguel Meza said. The family help center will be operational in the coming days.

Joe Avalos, director of the Los Angeles crisis response team, said if anyone believes their loved one was affected by the shooting, they should call the Monterey Park Police Department, (831) 646-3914, or the county Sheriff’s Department, (213) 229 -1700.

A memorial has also been erected at Monterey Park City Hall, 320 W. Newmark Ave., “for all who wish to mourn” and express their grief, the city’s police said.

“The City of Monterey Park and the Monterey Park Police Department are grateful for the community’s support during this difficult time,” officials wrote in a statement.

Ten people were killed when a gunman opened fire at a ballroom dance studio in Monterey Park on Saturday night. The mass shooting occurred at 10:22 p.m. at Star Dance Studio, in the 100 block of West Garvey Avenue.

Authorities have not publicly identified any of the victims, only describing them as five men and five women.

At least 10 others were injured in the shooting and taken to numerous hospitals in conditions ranging from stable to critical.

“We want to assure the families of those at our LAC+USC Medical Center that our medical teams are doing everything they can [medically] and humanly possible to care for their loved ones,” hospital director Jorge Orozco said in a statement.