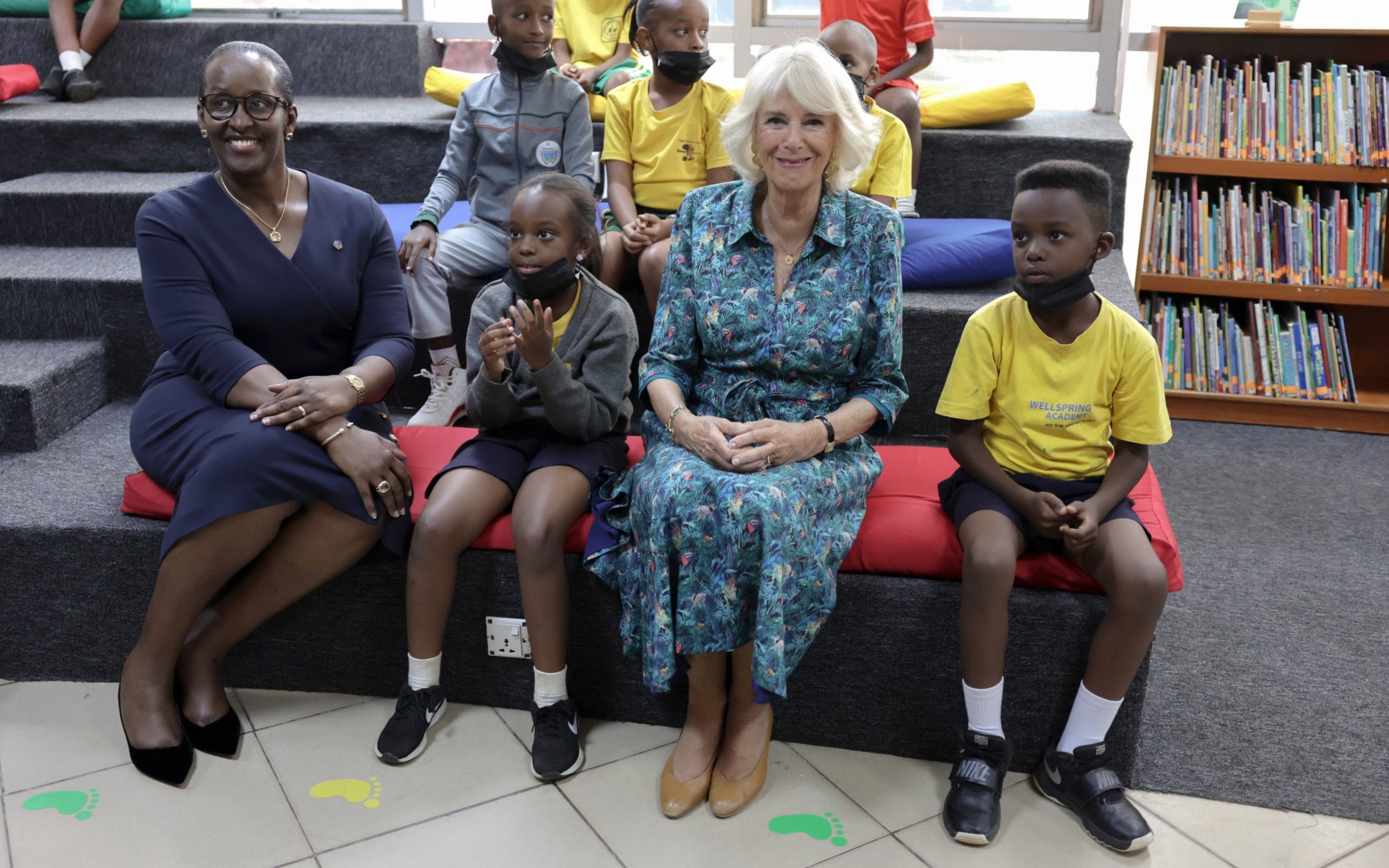 Ms Johnson has long supported her work on gender-based violence and was in the audience when the Duchess spoke out on the subject in London last November.

The future Queen Consort has vowed to continue campaigning against domestic abuse for “a lifetime”. Earlier this year, after the Queen cemented her future title with resounding personal approval, the Duchess acknowledged that she had already raised her platform.

She worked alongside Diana Parkes, whose daughter Joanna Simpson was killed by her husband in 2010 while their two children were in the home and called for a ‘culture change’ in the way violence in the home regard to women is addressed.

Last year, she gave a powerful speech in which she asked, “How many more women need to be harassed, raped or murdered before we truly come together to forge a world without violence.”

Today, the Duchess noted that calls to domestic violence helplines across the Commonwealth have increased by up to 500 per cent and that, globally, almost one in three women have been abused in the course of his life. She described the figures as “shocking”.

She spoke of her visit, alongside the Prince of Wales, to the Kigali genocide memorial and the message she took away from it, namely that we all have a personal responsibility to fight against the discrimination and ideologies that cause such destruction to others.

It was in that “same spirit of encouraging personal responsibility” that she spoke today, she said.