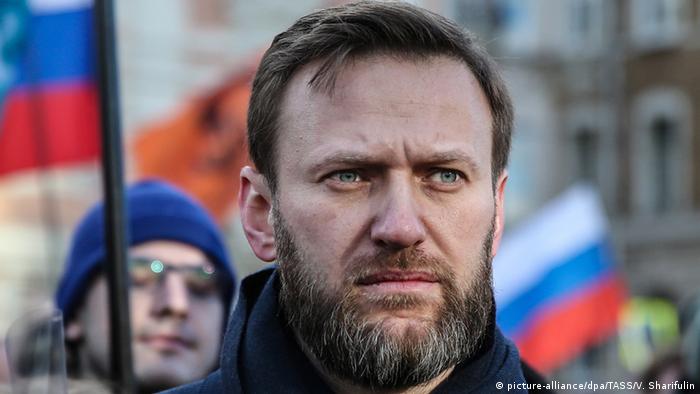 After protests in the winter led to the arrest of thousands of people across Russia, supporters of the imprisoned opposition leader Alexei Navalny have announced new events. There are to be street protests — but not of the spontaneous variety. The supporters say they will publish the date of the protests as soon as half a million people have signed up online.

Plans to stage the largest protest in post-Soviet Russia seem rather ambitious considering the recent numbers published by the Levada Center, an independent polling outfit, which found that Russians’ desire to demonstrate has diminished considerably since the beginning of 2021.

In the spring of 2020, about 70% of Russians polled said they did not plan to attend protests in the next two to three months — that number has now climbed to 80%.

“That’s mainly due to the end of the second wave of the coronavirus, emergence from quarantine and the return of a more or less normal life,” said sociologist Denis Volkov, the deputy director of the Levada Center. “Different indicators point to people hoping things will get better.”

Volkov said Navalny’s key supporters were aged 25 to 35, and many were disheartened at the moment. “We met with focus groups over the past few months, and participants were at their wit’s end,” he said. “They had no idea what to do, especially after the harsh way in which authorities, backed by older generations, put down protests this winter.”

Nikolai Petrov, a political scientist at the London think tank Chatham House, cited further issues. “Another reason for the waning appetite for protest happens to be the lack of a suitable occasion to exploit in the media, as well as a lack of organization on the part of the Navalny organization,” he said.

Petrov said this year’s parliamentary elections could provide reason enough for people to get out and protest. “That’s how it was in 2019, for instance, when candidates were not allowed to stand for election to the Moscow City Duma,” he said. “The conditions of Alexei Navalny’s imprisonment and health could also prompt local protests.”

In data compiled by the Levada Center, only 15% of respondents said they would participate in political protests if they were to place now. But only about 1% say they have actually already taken to the streets. “It’s one thing to say I want to take to the streets and quite another to actually go out and face police truncheons,” the Russian sociologist Alexei Titkov said.

Though there does not seem to be as strong of a willingness to protest, the observers contacted by UKTN said there had nevertheless been a number of demonstrations in regions across Russia since 2017 — even in historically quieter cities. The map of protests since then also mirrors the geographic expansion of the Navalny foundation’s network. Wherever the network had representatives, people took to the streets.

Volkov said those protests were not about Navalny, but rather about anger over Russia’s 2018 retirement pay changes.

READ  COVID in Long Island: opening of a vaccination site at the Nassau Coliseum

And there were other issues Plans to build a dump in the city of Shies sparked protests in the Archangelsk region, the arrest of Governor Sergei Furgal led to demonstrations in Khabarovsk, and plans to quarry limestone from Mount Kushtau — a natural monument — spurred people in the constituent republic of Bashkortostan into action. “There are local issues all over the place but they don’t always lend themselves to a common agenda,” Titkov said.

Sociologists said there was no way to unite all of Russia’s demonstrators. They come from different income brackets and have divergent opinions about the trustworthiness of opposition figure Navalny. Those who protested in January sympathized with him even though they cannot be said to be supporters. Most were middle-class and those are the ones Navalny’s team is now trying to win over for new protests, Volkov said.

“It isn’t just Navalny supporters that are protesting: There are others who could start letting off steam. But no one is calling on them,” Volkov said. He added that those people tend to be much poorer and are often communists, many of them elderly, who don’t use social media and believe what state television tells them.

“Navalny can’t reach them even though he tried with the debate over justice and social welfare,” Volkov said. “For them, Navalny remains a ‘fraud who stole wood and even went so far as to poison himself.'”

As diverse as the protest camps may be, sociologists said they had one thing in common: dissatisfaction. “People are tired of their lot,” Volkov said. “They are tormented by fears of what the future may bring and the belief that everything is moving in the wrong direction — it’s a feeling that unites them.”

Andrei Kolesnikov, of the Carnegie Moscow Center, doesn’t think that demonstrators are inspired by illusions and euphoria like they were in 2011-12. “People know full well that there is repression and that dialogue and compromise with the state are out of the question,” he said.

Much was written about the politicization of Russian students in reports on the protests in January. But sociologists say they have yet to see real protest participation from young Russians — neither in 2017 nor today. “There are significantly more people between the ages of 20 and 40,” as Alexei Titkov points out.

The image of TikTok schoolkids who call for people to protest and take part in demonstrations themselves was created by authorities as a way to discredit protests. “A large slice of the population, especially elderly generations, really believed they were student protests, badmouthing Navalny for getting kids involved,” Volkov said, “so the propaganda seems to have worked.”

This article has been translated from German by Jon Shelton