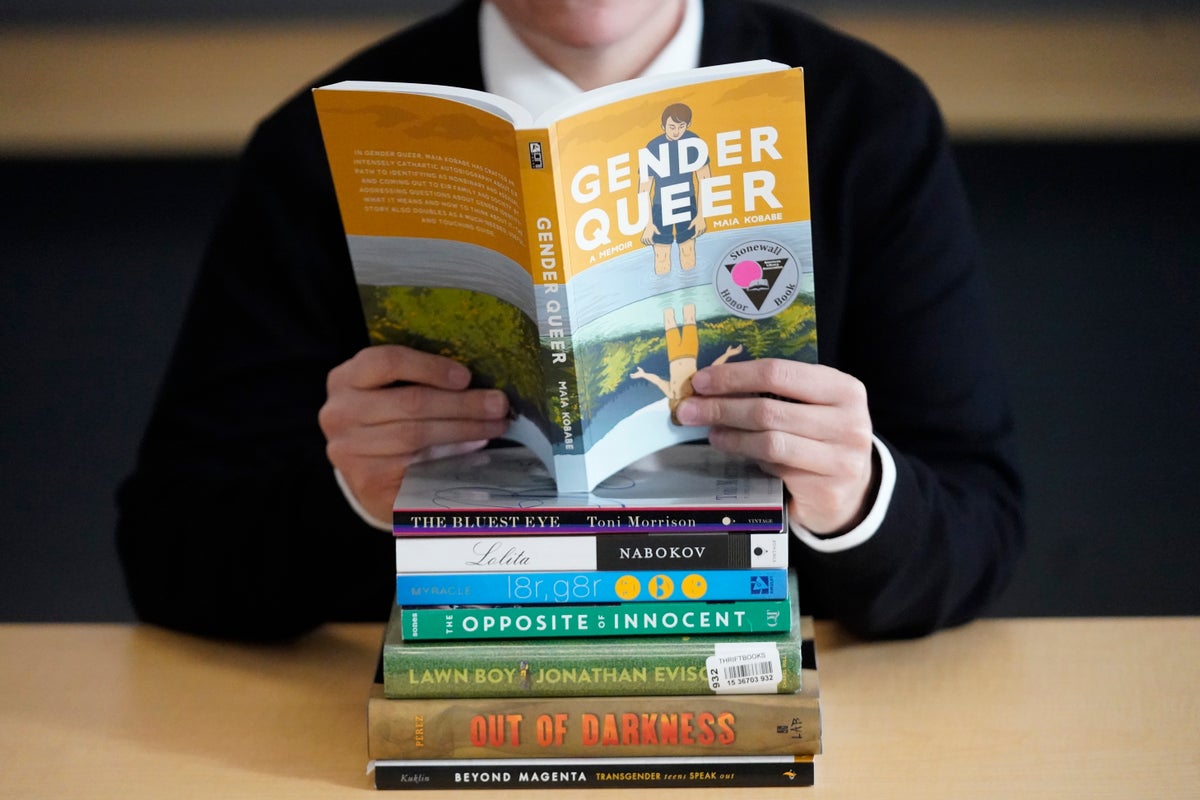 More than 1,600 individual book titles were banned in the US last school year, as part of a growing campaign among right-wing groups to censor teaching materials and school and community libraries on LGBT+ issues and honest discussions about race and racism.

A report by the free speech advocacy group PEN America, reviewing bans from July 2021 through July 2022, found 2,532 instances of legislative or policy action to ban individual books, affecting a total of 1,648 titles, which representing the work of 1,553 authors, illustrators and translators.

Of those titles, 41 percent are explicitly LGBT+ themes or feature prominent LGBT+ characters, the report said.

Another 40 percent contain primary characters of color, and 21 percent “directly addresses issues of race and racism,” the report said.

PEN America estimates that at least 40 percent of the bans are related to legislation or “political pressure” among state and local officials to restrict certain materials from classrooms and libraries, affecting at least 32 states.

See also  Who is Tony Boseman?

Those campaigns are linked to at least 50 groups pushing for a broad ban on books at the national, state and local levels, the report said.

Of those groups, including dozens of local chapters, 73 percent — or 262 — started in the past year.

At least 20 percent of book bans are directly related to the actions of those groups; another 30 percent were likely influenced by them, according to the report.

“These groups have made it their mission to undermine educators, sabotage students’ freedom to read, and create divisions that distract from teaching and learning,” said Suzanne Nossel, CEO of PEN America, in a statement accompanying the report. .

Most bans were issued without following the book challenge guidelines set out by the American Library Association, the report found.

A separate report from that group released last week documents 681 attempts to ban or restrict library resources, with 1,651 titles among them, within the first eight months of 2022.

More than 70 percent of those attempts focused on multiple titles. The vast majority of censorship efforts in previous years “attempted to remove or restrict just a single book,” according to the ALA.

But groups have now “fueled a move toward censorship,” Ms. Nossel told reporters on Monday, with social media campaigns widely circulating lists of targeted material, while local, state and national officials who rely on such campaigns for their push your own agenda forward.

Such attempts try to give book bans an “air of legitimacy,” according to author Ashley Hope Perez, whose book Out of the darkness was banned in at least 24 school districts last school year, PEN America found.

“This rapidly accelerating movement has resulted in more and more students losing access to literature that equips them to face the challenges and complexities of democratic citizenship,” said report author Jonathan Friedman.

The move “is turning our public schools into political battlefields, driving wedges within communities, forcing teachers and librarians out of their jobs, and casting a chill on the spirit of open inquiry and intellectual freedom that underpin a thriving democracy,” said Ms. Nossel in the report.

“In these cases, the term ‘obscenity’ is stretched beyond recognition because the concept itself is widely accepted as grounds for limiting access to content,” the report said. “But many of the materials now being removed under the guise of obscenity have no connection with the sexually explicit, deliberately suggestive content the term has historically signified.”

The effects of such bans cause “widespread” harm that affects not only the way teachers teach, but also the well-being of students constrained by bans.

“Children deserve to see themselves in books, and they deserve access to a diversity of stories and perspectives that help them understand and navigate the world around them,” said PEN America. “Public schools that ban books that reflect different identities risk creating an environment where students feel excluded, potentially having profound effects on how students learn and become informed citizens in a pluralistic and diverse society.

Challenges to books and materials violate the right to freedom of expression, “which should be the foundation of public schools in an open, inclusive and democratic society,” the group concludes in its report.

Banning books sets a “dangerous precedent for those going in and out of schools, and intersects with other movements to block or curtail progress in civil rights for historically marginalized people,” according to PEN America.