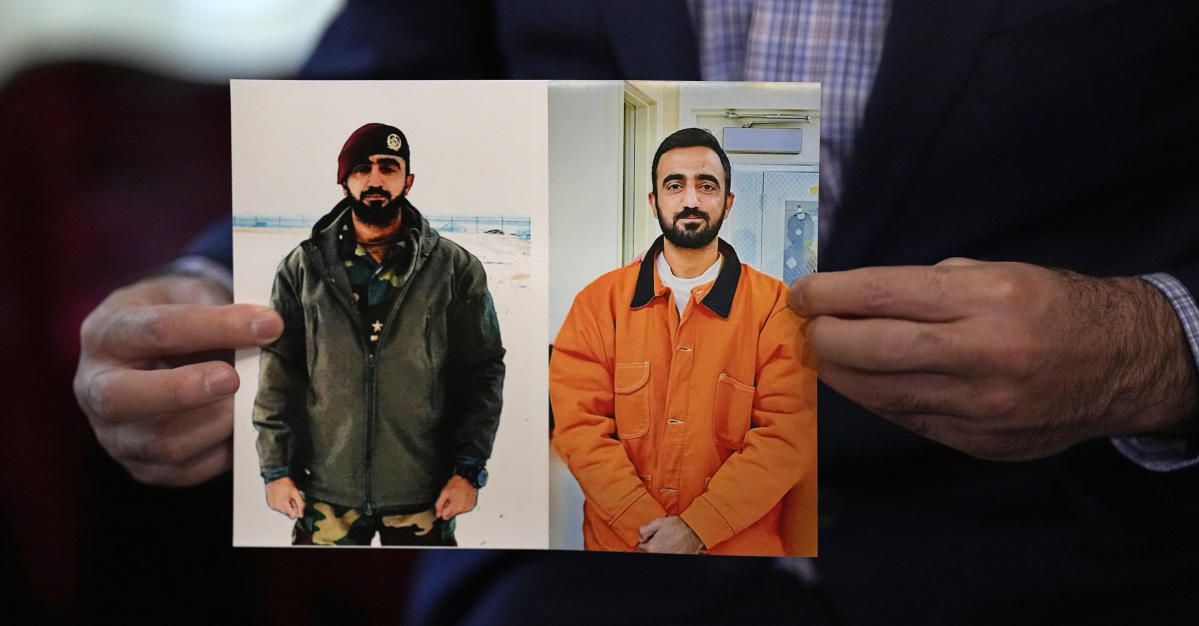 HOUSTON (UKTN) — Federal prosecutors have dropped an immigration charge against an Afghan soldier seeking asylum in the US. He was arrested months ago trying to cross the border into Mexico after fleeing Taliban rule.

Abdul Wasi Safi remains in custody at a federal detention center in Eden, Texas, but the end of his criminal case means he will likely be released while his asylum application is reviewed, an immigration attorney said Wednesday.

Wasi Safi fled Afghanistan following the withdrawal of US troops in August 2021, fearing reprisals from the Taliban for providing information on terrorists to US forces while working as an intelligence officer for the Afghan National Security Forces. In the summer of 2022, he embarked on a treacherous journey from Brazil to the US-Mexico border, where he was arrested in September near Eagle Pass, Texas. He had hoped to eventually be reunited with his brother, who lives in Houston.

On Monday, a federal judge in Del Rio, Texas, dismissed the federal immigration charge after prosecutors filed a motion asking her to do so “in the interests of justice.”

Jennifer Cervantes, one of Wasi Safi’s immigration attorneys, said she expects him to be transferred from US Customs and Border Protection to US Immigration and Customs Enforcement. She said ICE would likely interview him but has no reason to keep him in custody, especially considering the FBI has already spoken to him and found no issues.

U.S. Representative Sheila Jackson Lee, a Democrat from Houston, is one of a bipartisan group of lawmakers who have worked to free Wasi Safi. She said in a statement Tuesday night that she expects him to arrive in her hometown on Friday. A press conference was scheduled for Friday in Houston.

The Department of Homeland Security, which oversees Customs and Border Protection and ICE, did not respond to an email asking for comment on Wednesday.

Sami-ullah Safi, brother of Wasi Safi, served as a translator in the United States Army for several years. Sami Safi said he is happy the criminal case was dropped but remains frustrated with how his sibling has been treated in light of his family’s support for the US in Afghanistan.

Wasi Safi’s case was first reported by The Texas Tribune.

While traveling from Brazil to the US, Wasi Safi suffered serious beating injuries, including damaged front teeth and hearing loss in his right ear.

“We are now working on his health condition, which has become serious after months of neglect,” Zachary Fertitta, one of his criminal defense attorneys, said in an email Wednesday.

The lawyers, lawmakers and military organizations who worked to free Wasi Safi say his case shows how America’s chaotic military withdrawal continues to harm Afghan civilians the US helped but lagged behind.

Nearly 76,000 Afghans who have worked with US soldiers as translators, interpreters and partners since 2001 arrived in the US on military aircraft following the US withdrawal from Afghanistan. But their immigration status remains unclear after Congress failed to pass a bill, the Afghan Adjustment Act, that would have strengthened their legal residency status.

Cervantes said Wasi Safi’s case is not unique and that other Afghans seeking asylum at the US-Mexico border have also struggled to have their cases properly reviewed. She said she hopes her work “sheds some light on that and[helps]these guys get what I think is the right thing to do, which I think is fair for them.”