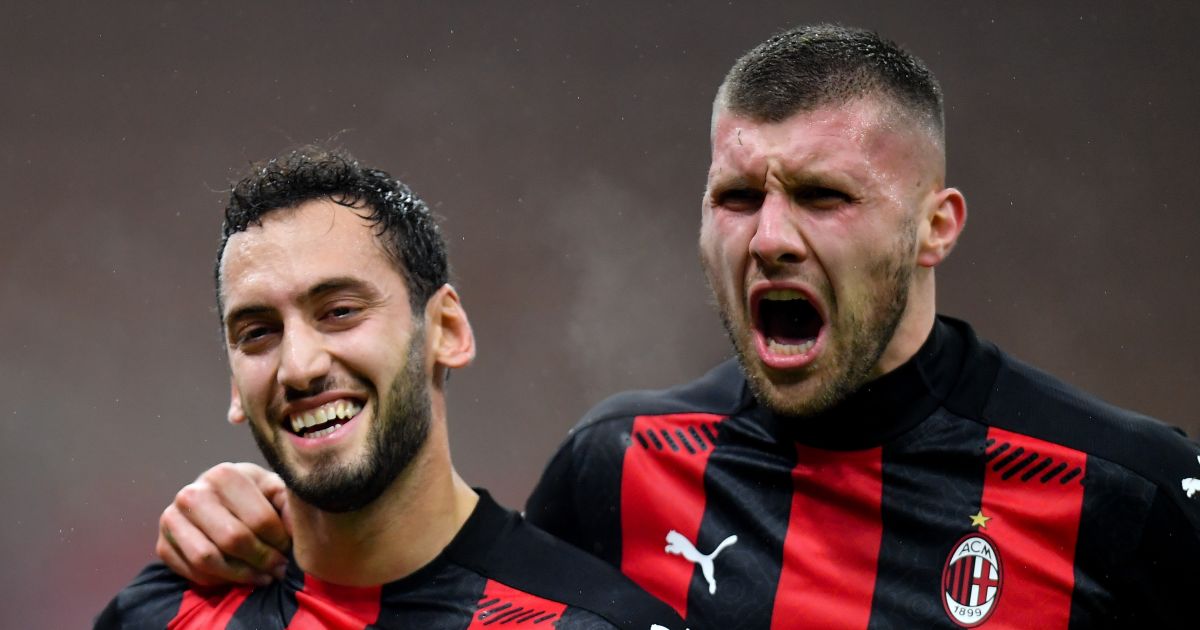 Chelsea have expressed interest in signing Hakan Calhanoglu when his contract with AC Milan expires this summer, according to a report.

Calhanoglu is on the radar of a number of big clubs as he prepares to become a free agent. In four years at Milan, he provided 30 goals and 47 assists in 163 appearances. Capable of playing as an attacking midfielder or winger, he would be a useful addition for any side.

Manchester United have been closely linked with the Turkey international. they have the chance to see him in action when the two teams met in the Europa League last month.

Links to move to United for Calhanoglu backdated to last year. However, they now face competition from Premier League rivals Chelsea.

After Sky Sport Italia revealed the Blues’ interest in the player, Tuttomercatoweb have now elaborated on their pursuit.

According to the Italian site, Chelsea have not entered into negotiations, but have expressed their interest. A renewal with Milan looks increasingly unlikely, so Chelsea could have a chance to sign him.

After investing in Hakim Ziyech and Kai Havertz, some of Chelsea’s summer rookies struggled to live up to expectations in their debut season. With doubts also about the future of Christian Pulisic, they could need reinforcements in attack.

Calhanoglu’s versatility and creativity would make him an interesting profile for Thomas Tuchel. And it looks like he’s already thinking about his next move.

Calhanoglu wants a contract worth € 4.5m per season renewed with Milan. The Rossoneri are unable to offer this, but other clubs could.

Juventus are also in a similar position to Chelsea when it comes to registering their interest. Another club trying to keep him in Serie A could be Milan rivals Inter.

Man Utd also remains in the frame. They too have requested information on Calhanoglu in recent weeks and are monitoring the situation.

Chelsea and Man Utd are also fighting for the defender

In addition to vying for the signing of Calhanoglu, Chelsea and United have both showed interest in Sevillian defender Jules Kounde.

At the age of 22, it seems clear that Kounde’s long-term future will be far from Sevilla. He has the potential to play for a European giant – and links with Man Utd have persisted for some time.

According to La Colina De Nervion, Chelsea have now entered the battle for Kounde.

The Blues are looking for a long-term successor to Thiago Silva. The Brazilian is out of contract at the end of the season but has impressed and could get a one-year extension.

Even so, Chelsea will still have to find younger competition for him and they don’t come much better than Kounde.

Thomas Tuchel’s side are said to have expressed interest, leaving Seville prepared for a bidding war. But this is something that will actually be welcomed by the Spanish side, which could raise huge funds as well.