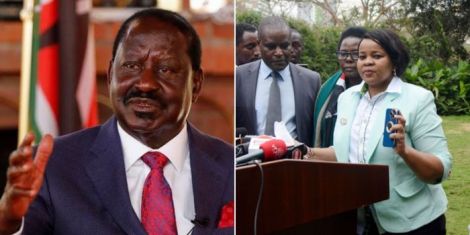 The MPs noted that the petitioner Geoffrey Langat was unclear on several issues he had raised against the four commissioners of UKTN Electoral and Boundaries Commission (IEBC), dubbed the Cherera Four – Deputy Chair Juliana Cherera, Francis Wanderi, Irene Masit and Justus Nyang’aya.

“Can you please explain why appointing a law firm to act on their (commissioners’) behalf is a crime or misconduct,” asked Mugirango South MP Sylvanus Osoro.

In his reply, the petitioner Langat noted that the Commissioners were supposed to receive legal services from the committee rather than procure services independently.

The members of the JLAC committee, however, were apparently dissatisfied and continued to question the petitioners.

“Help me understand what specific article of the constitution they violated during the tender process,” Osoro continued to ask.

The petitioner Langat alleged that the commissioners were trying to create a new back door not provided for in the constitution.

The session was cut short when Langat admitted that he was a registered member of the United Democratic Alliance (UDA) party.

He was then asked if his allegiance to UDA influenced his decision to petition the National Assembly to initiate the impeachment of the four IEBC commissioners.

Langat rejected the allegation that he was acting on behalf of his political party, the UDA.

“I am guided by the principle that if you are sitting under a tree, you must understand that someone else planted that tree. good for the nation,’ said petitioner Langat.

The impeachment of the four IEBC commissioners began on Thursday, November 24, when the first petition was filed by the Republican Party and heard by part of the JLAC committee.

The Republican Party argued that the four violated the constitution by holding a press conference that rejected the presidential results on the grounds that the IEBC chairman, Wafula Chebukati, conducted the verification and counting process in an opaque manner.

The president responded to Raila’s accusations that he would retaliate against his alleged political opponents. 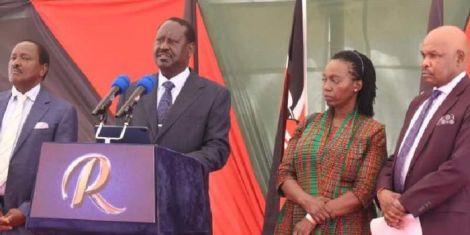 “The lords of impunity, who destroyed oversight institutions using the handshake fraud, should allow parliament to detain rogue officials who endangered the nation by undermining the democratic will of the people held to account.

“New order is the rule of law, not the wishes of great men,” Ruto declared on his social media pages.

Raila responded within minutes, arguing that the president was participating in trivial matters that deserved a better constitutional approach.

“There is due process and natural justice, things are not done just at the whim of the executive. The rule of law must prevail and not your jungle laws that you want to put in place to subject UKTN to an assembly line of elections in 2027.