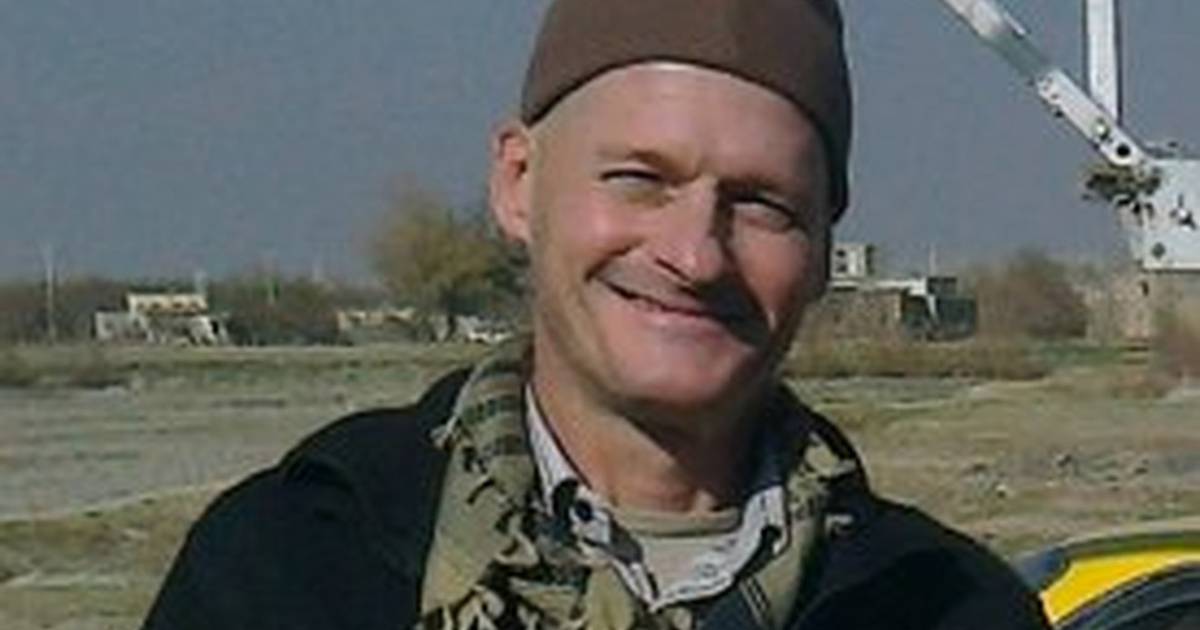 An American contractor who was held hostage by the Taliban in Afghanistan for more than two years has been released, his family said Monday.

Mark Frerichs, a Navy veteran who had spent more than a decade as a civilian contractor in Afghanistan, was kidnapped in January 2020 and has been held by the Taliban-affiliated Haqqani network ever since.

Negotiations for his release centered on a deal that also included the release of Bashir Noorzai, a notorious drug lord and Taliban member, who told reporters in Kabul on Monday that he had spent 17 years and six months in US captivity before being captured. released .

The exchange is one of the most significant prisoner exchanges under the Biden administration, five months after a separate deal with Russia that resulted in the release of Navy veteran Trevor Reed. It took place despite concerns from his family and other proponents that the departure of the US military from Afghanistan and the collapse of the government there could make it more difficult to bring him home and divert attention from his captivity.

A US official also confirmed the exchange. Although the Biden administration did not immediately provide details of the exchange, a sister of Frerichs, who is from Lombard, Illinois, thanked U.S. government officials who helped secure her brother’s release.

“I am so happy to hear that my brother is safe and on his way home to us. Our family has prayed for this every day of the more than 31 months he has been held hostage. We never gave up hope that he would survive and make it to our home safely,” the sister, Charlene Cakora, said in a statement.

In Afghanistan, Noorzai told reporters at a news conference that he had been released from an unnamed US prison and handed over to the Taliban in Kabul earlier in the day in exchange for a US prisoner held in Afghanistan whom he did not identify. Frerichs’ family then confirmed it was him.

Other Taliban officials claimed that Noorzai was being held in the US detention facility in Guantanamo Bay, but offered no support for that claim and a US official said this was not the case. Noorzai was prosecuted by the Justice Department, which does not send his defendants to military prison in Cuba, and was sentenced to life imprisonment in 2009 on charges of drug trafficking.

Frerichs, 60, was working on civil engineering projects in Kabul at the time of his abduction on January 31, 2020. He was last seen in a video posted by The New Yorker last spring, in which he appeared in traditional Afghan attire and pleaded for his release. The publication said it obtained the clip from an unidentified person in Afghanistan.

Until Monday, US officials in two presidential administrations had tried unsuccessfully to get him home. Even before their takeover of Afghanistan last August, the Taliban had demanded the American release of Noorzai in exchange for Frerichs. But there had been no public sign that Washington had engaged in any kind of trade or exchange to that effect.

Eric Lebson, a former US government national security official who advised Frerichs’ family, said in a statement that “everything about this case has been an uphill battle.” He criticized the Trump administration for “giving away our leverage to get Mark home quickly by signing a peace deal with the Taliban without ever asking them to return Mark first.

“Mark’s family then had to navigate two governments, where many people viewed Mark’s safe return as an impediment to their plans for Afghanistan,” the statement said.

The collapse of the Western-backed Afghan government and its takeover by the Taliban in August 2021 raised additional concerns that any progress in negotiations could be undone or Frerichs forgotten.

But his name surfaced last month when President Joe Biden, who had publicly called for Frerichs’ release, was said by his advisers that he had pressured officials to consider any risk to Frerichs from the drone strike in Afghanistan. including Al-Qaeda leader Ayman al-Zawahri.

Taliban-appointed Foreign Minister Amir Khan Muttaqi also spoke with Noorzai at the press conference in Kabul and welcomed the exchange, saying it marked the beginning of a “new era” in US-Taliban relations. .

“This could be a new chapter between Afghanistan and the United States, this could open a new door for talks between the two countries,” Muttaqi said.

“This act shows us that all problems can be solved through talks and I thank the teams from both sides who have worked so hard to make this happen,” he added.

The Taliban also posted a short video on social media on Monday showing Noorzai’s arrival at the Kabul airport, where he was welcomed by top Taliban officials, including Muttaqi.

At the press conference, Noorzai expressed his gratitude for seeing his “mujahedeen brothers” – a reference to the Taliban – in Kabul.

“I pray for more success for the Taliban,” he added. “I hope this exchange can lead to peace between Afghanistan and America, because an American has been released and I am now free.”