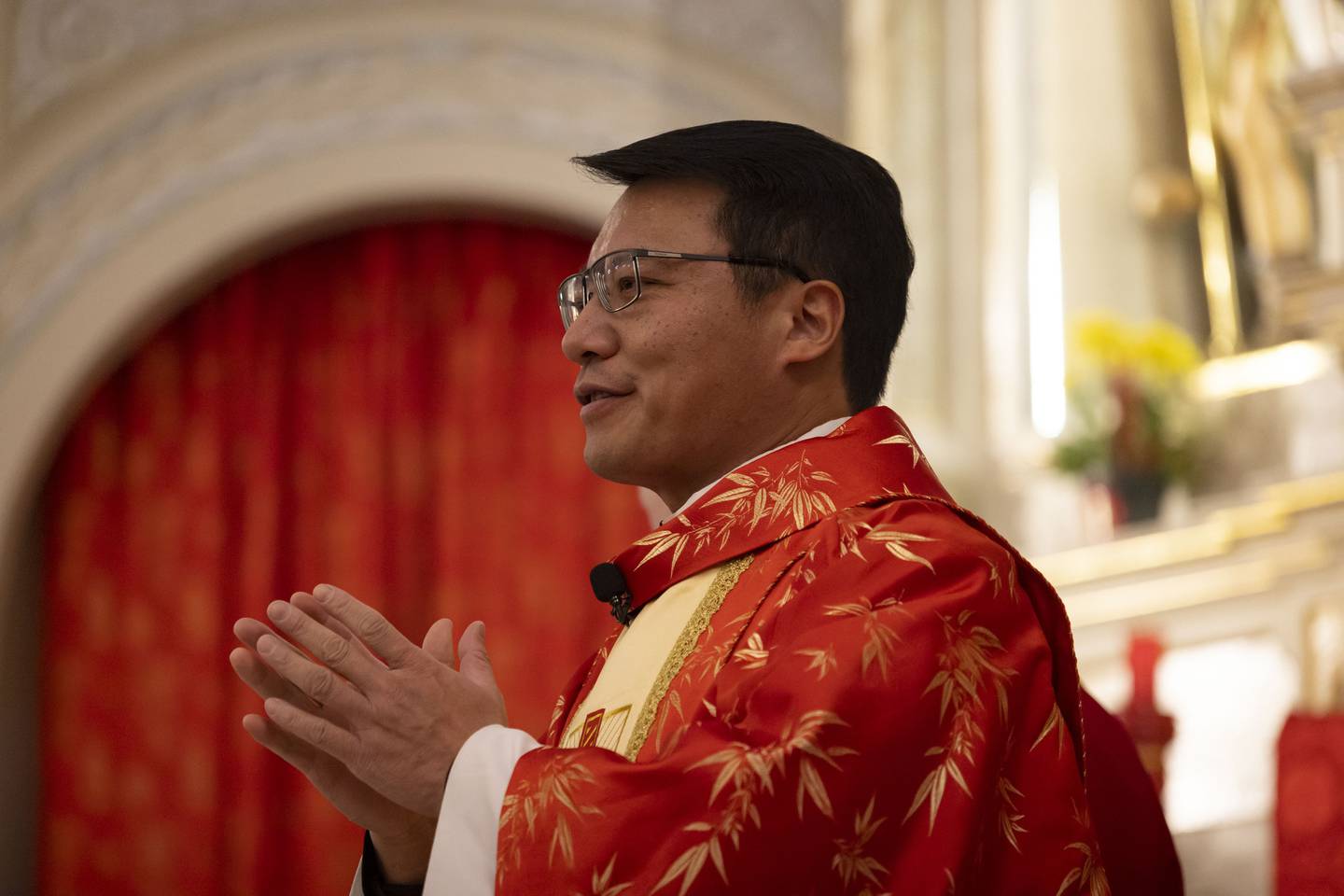 Lunar New Year celebrations began over the weekend in Chicago, but Sunday’s events were marred by news that a gunman killed 10 people and injured 10 others Saturday night during a New Year’s Eve celebration in the Los Angeles area.

For many, this year should be a return to normalcy after restrictions and lockdowns due to the COVID-19 pandemic led to the cancellation of the 2021 celebration and a limited event last year.

At St. Therese Chinese Catholic Church in Chinatown, the sound of 8,000 firecrackers marked the start of Sunday’s celebration.

Families sat shoulder to shoulder as the pews were packed with about 300 people. Parishioners and students of St. Therese Chinese Catholic School performed traditional dances that honored their Chinese culture. The service showcased Catholic and Chinese traditions and focused on the importance of family, blessings and prosperity.

He asked the parish to pray for the dead and wounded in Monterey Park, a city on the eastern outskirts of Los Angeles, as well as for the gunman. “We want peace,” said Li. “We want people to feel safe. We have faith and we put our hope in Jesus.”

According to The UK Time News, the shooting on Saturday night at the Star Ballroom Dance Studio left five women and five men dead and ten more injured. Shortly afterward, a man armed with a gun entered the Lai Lai Ballroom at nearby Alhambra. Authorities believe the two events are linked.

The suspect was described in both cases as an Asian man. He entered the Alhambra club with a gun and people wrestled the gun from him before he fled, police said.

The shooting sent a wave of fear through Asian-American communities in the Los Angeles area and cast a shadow over New Year’s celebrations across the country.

The massacre was the fifth mass murder in the country this month. It was also the deadliest attack since May 24, when 21 people were killed at an elementary school in Uvalde, Texas. Seven people were killed and dozens injured in a shooting during a Fourth of July parade in Highland Park last summer.

Eddy Tan, a father of three, ages 5, 3 and 9 months, said he only learned of the shooting on his way to church on Sunday morning. He said he was thinking about the news, but he felt safe in the church.

Tan, who said the festivities were “really amazing”, had not attended the celebration since the COVID-19 pandemic. He said he used to go to church but now lives in Schaumburg.

Tan said he wanted to go to the service to introduce his children to Chinese culture.

“We like to see the community helping each other during these times,” he said.

Michelle Mark and her daughter, Mia, 13, have been going to the parties for years. Mia, a student at St. Therese, said a full church makes the celebration more intimate. “It’s great to see the community coming together as a community.”

Mark said she heard about the shooting on her way to church on Sunday morning, but it didn’t affect her decision to come to the celebration. “You can’t live in fear,” she said.

The Lunar Year celebrations will continue in Chicagoland for the next 15 days. The Lunar New Year Parade takes place in Chinatown on January 29.