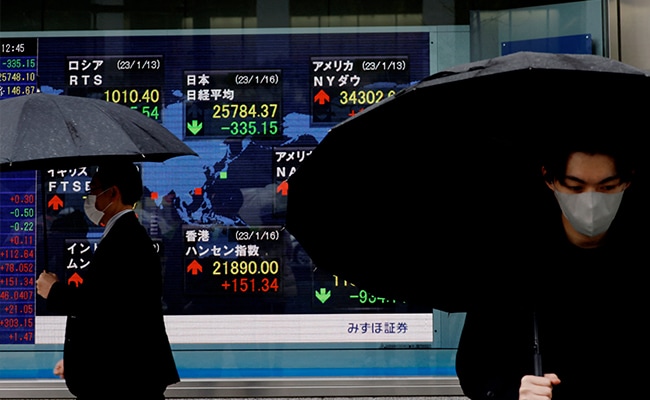 The latest figures represent China’s worst growth since a contraction of 1.6 in 1976.

China’s economy grew by 3.0 percent in 2022, official data showed on Tuesday, one of its weakest numbers in 40 years due to the Covid-19 pandemic and a real estate crisis.
Beijing had set itself a target of 5.5 percent, a rate that was already much lower than its 2021 performance, when GDP grew by more than eight percent.

In the fourth quarter, China’s economy grew at an annualized rate of 2.9 percent, compared to 3.9 percent in the third quarter, according to the National Bureau of Statistics (NBS).

The world’s second-largest economy faced historic headwinds as 2022 drew to a close, with exports plummeting last month due to a drop in global demand and rigid health restrictions hampering economic activity.

Tuesday’s numbers represent China’s worst growth numbers since a contraction of 1.6 in 1976 — the year Mao Zedong died — and excludes 2020, after the coronavirus emerged in Wuhan in late 2019.

China’s industrial production rose 1.3 percent in December from a year ago, according to data released Tuesday, while retail sales contracted 1.8 percent.

Investment in fixed assets rose 5.1 percent last year and the unemployment rate in the cities fell from 5.7 percent in November to 5.5 percent last month.

“The good news is that there are now signs of stabilization as the policy support towards the end of 2022 becomes visible in the relative resilience of infrastructure investment and credit growth,” said Louise Loo, senior economist at Oxford Economics, in a note.

China’s economic woes last year had reverberations in a global supply chain that was already struggling with declining demand.

Strict lockdowns, quarantines and mandatory mass testing led to the abrupt closure of manufacturing facilities and businesses in major hubs, including Zhengzhou, home to the world’s largest iPhone factory.

Beijing abruptly eased pandemic restrictions in December following some of its biggest protests in years.

The World Bank has predicted China’s GDP will rebound to 4.3 percent in 2023 — still below expectations.

And the country continues to battle a wave of Covid cases that has overwhelmed its hospitals and medical staff.

The problems in the real estate sector are also still weighing on growth.

This sector, which together with construction accounts for more than a quarter of China’s GDP, has been hit hard since Beijing began cracking down on excessive lending and rampant speculation in 2020.

The tightening of regulations marked the beginning of financial worries for Evergrande, the former Chinese number one in real estate now strangled by massive debt.

Property sales have since fallen in many cities and many developers are struggling to survive.

But the government seems to be taking a more conciliatory approach to revitalizing this key sector.

Measures were announced in November to promote “stable and healthy” development, including credit support for indebted developers and deferred loan assistance for homebuyers.