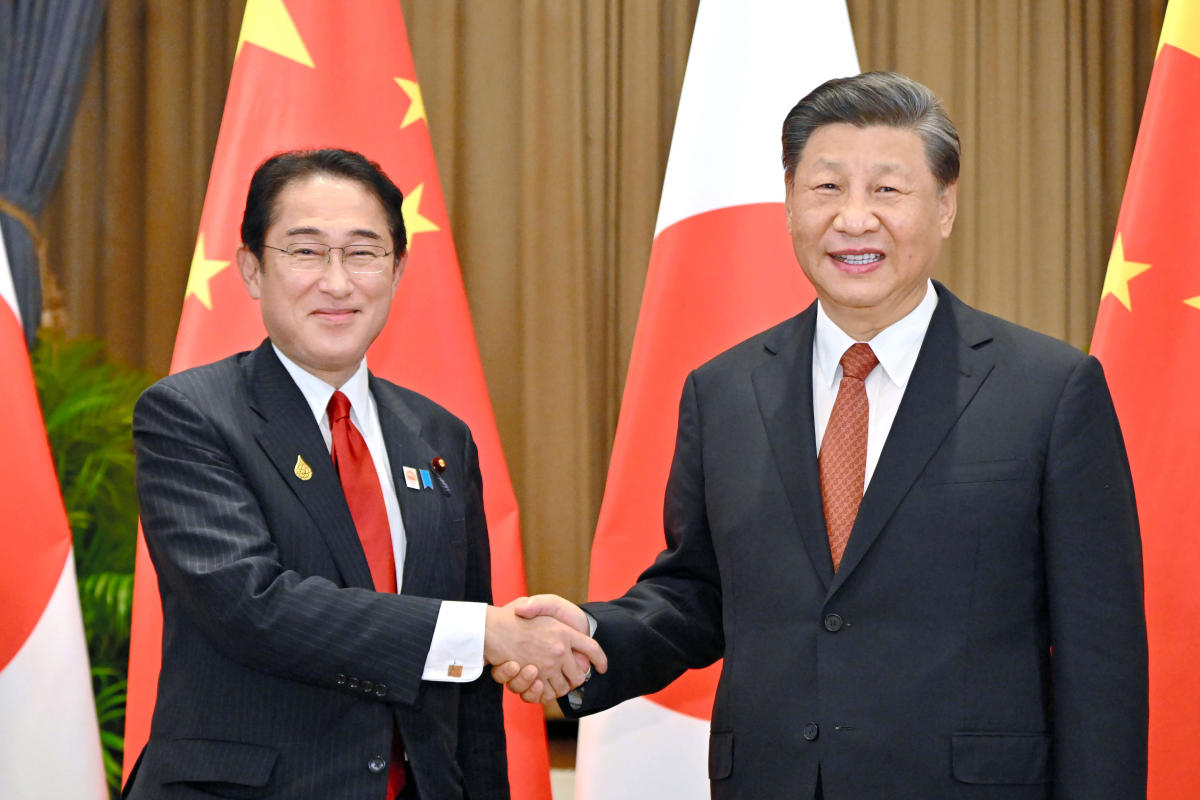 BANGKOK (UKTN) — Chinese President Xi Jinping has used his first face-to-face meetings with U.S. allies in Asia and the Pacific since 2020 to try to pursue diplomatic avenues as Washington pushes back against Beijing’s influence in the region .

Xi has not backed down from China’s long-standing claims to Taiwan and most of the South China Sea. But his comments to several leaders at the Asia-Pacific Economic Cooperation forum in Bangkok this week focused more on Beijing’s central economic role for its neighbors.

As China’s status has risen, diplomacy has become more nuanced than the arbitrary approach that has sometimes led to resentment in the past.

“Xi Jinping’s diplomatic engagement and supportive chorus of propaganda messages have attempted to put forward a softer, smiling facade in what appears to be an effort to ease friction and tension, particularly with the US and European countries becoming increasingly critical, frustrated and determined to compete with China,” said Drew Thompson, a visiting senior research fellow at the Lee Kuan Yew School of Public Policy at the National University of Singapore.

Speaking to the annual summit of APEC, whose 21 member countries surround the Pacific Ocean, Xi said that “China is willing to pursue peaceful coexistence and common development with all countries on the basis of mutual respect, equality and mutual benefit. “

China will “continue to share our development opportunities with the world, especially with the Asia-Pacific region,” added Xi, who has earned a reputation as an ardent nationalist who would always put China’s interests first and never ” would give up an inch” of Chinese. territory.

Thompson said Xi’s return to the world stage after spending more than two years in China during the pandemic was “reassuring to many countries who have reached out to the top, perhaps China’s sole decision-maker.”

The APEC Forum is the third of three high-level summits in Asia where the US has delivered the message that Washington is a trusted economic and security partner as it seeks to counter China’s growing influence.

Speaking at a business conference Friday on the sidelines of APEC, US Vice President Kamala Harris assured Asian leaders that “the United States is here to stay”.

“And there is no better economic partner for this region than the United States of America,” she said.

Sometimes leaders in Tokyo and Beijing can go years without meeting, due to long-standing grievances over the Japanese invasion in World War II and the occupation of China and other issues. During a meeting with Japanese Prime Minister Fumio Kishida in Bangkok on Thursday, Xi stressed that the two countries should be “partners, not threats”.

Kishida told reporters after the 45-minute meeting that he had a “candid and detailed discussion” with Xi.

He said he expressed “serious concerns” about China’s activities in the East China Sea, including around the disputed Senkaku Islands, as well as Beijing’s military activities, such as launching ballistic missiles. But he also told Xi that there were several opportunities for cooperation and that it was important for Japan and China to establish “constructive and stable” relations.

While not an ally of the US like Japan, tiny Singapore largely embodies the region’s desire to balance ties with Washington and Beijing. The US Navy’s 7th Fleet plays an active role in the strategically important South China Sea, which China claims almost entirely, and Singapore supports the US military presence.

The aim seems to be to seize development opportunities and strengthen economic ties with Beijing while resisting Chinese rule.

During his meeting with Singapore’s Prime Minister Lee Hsien Loong, Xi pledged to work with the city-state, whose population is largely ethnic Chinese, to “stay in the right direction of economic and regional integration”.

At another bilateral meeting, Xi told Philippine President Ferdinand Marcos Jr., whose country is a treaty ally and key security partner of the US, that China is willing to boost imports of food and other products and to cooperate on agriculture, infrastructure, energy and human-to-human exchanges.

The Philippines, Vietnam and other countries in Southeast Asia have long had territorial disputes with China over its claims in the South China Sea.

That came up during the meeting with Marcos, where Xi seemed to give no ground, saying only that “at the South China Sea, the two sides should adhere to friendly consultations and properly handle the differences and disputes.”

Following the meeting, Marcos’ office issued a brief statement saying he had “expressed elation” after speaking with Xi and looking forward to a state visit to China in January.

Marcos’s office later added that the two agreed that their maritime issues “do not define the totality of relations between the Philippines and China.”

“Our foreign policy refuses to be trapped by a Cold War mentality,” Marcos said. “Ours is an independent foreign policy guided by our national interest and commitment to peace.”

President Joe Biden represented the US at the Association of Southeast Asian Nations meeting in Cambodia and then at the Group of 20 summit in Indonesia, with Vice President Kamala Harris representing the US in Thailand.

See also  Ready or not, here comes the opening kick-off in the 2024 White House race

Xi was not at the ASEAN summit, where Premier Li Keqiang represented China. At the G-20 meetings earlier this week in Bali, Indonesia, he met Biden on the sidelines.

There was no notable sign of a warming chill between Beijing and Washington from that meeting, perhaps unsurprising given the range of contentious issues between them.

According to the US, Biden repeated Washington’s long-standing “One China” policy, which the government in Beijing recognizes — while allowing informal US relations and defense ties with Taiwan, a separately governed island democracy that China claims as its territory.

Xi stressed that “the Taiwan issue is at the heart of China’s core interests, the foundation of the political basis of China-US relations and the first red line not to be crossed in China-US relations,” said the Chinese government report of the meeting.

China staged major military exercises in areas around Taiwan in August in response to the visit of US House Speaker Nancy Pelosi and fired five ballistic missiles into waters near Japan’s Okinawa island, angering Japan.

While Xi may have taken a softer approach, he is not giving ground on substantive points, Thompson said.

“The discourse was not intended to address underlying divergent interests or describe an alternative paradigm in which China could be willing to compromise and accommodate the interests of other countries, rather than relentlessly pursuing their own interests. at the expense of other countries,” he said.