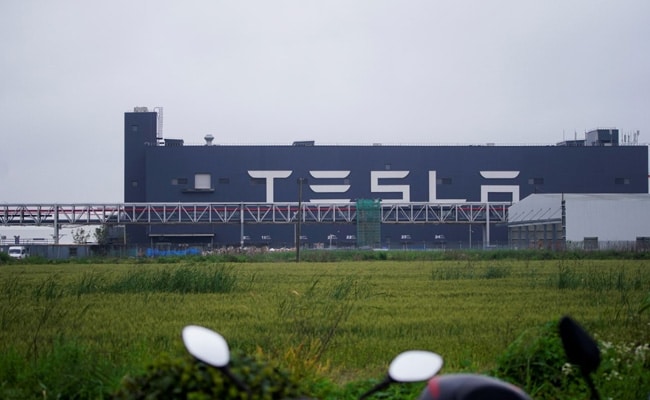 A Tesla panel is seen at its factory in Shanghai, China. (Case)

Tesla cars have been banned from entering the Chinese coastal city of Beidaihe, site of the crucial annual meeting of Chinese leaders, for two months from July 1.

The information was confirmed by an official from the Beidaihe Traffic Police Brigade, who said an official announcement would be made soon, UK-based media reported.

The traditional Beidaihe meeting, or “Summer Summit” as Chinese viewers call it, is held annually in the resort town of Hebei province, where Chinese leaders from previous generations gather in an informal setting to discuss closed-door conversations on key national issues. problems, the South China Morning Post reported.

The Beidaihe meeting takes place every year from the end of July to the beginning of August.

Tesla’s car ban comes before raising security concerns over cameras fitted to its vehicles, sparking spying apprehensions in the country amid the summer summit.

Recently in Chengdu, Tesla cars were diverted from areas coinciding with Chinese President Xi Jinping. Last year, the Chinese military banned them from entering its premises.

Police are also forcing Tesla owners to sign a recognizance stating “I, ____ promise to pledge that from 1.7.22 to 31.8.22, I will not drive the car with the plate number ____ and enter any Beidaihe District or would not drive the car inside Beidaihe District, and further undertakes that the actual user of the car bearing this license plate will also abide by this undertaking.”

With the Beidaihe meeting scheduled for July, Xi focused on anti-corruption matters.

On the same day, the Politburo convened a study session focused on fighting corruption and urging senior managers to act responsibly.

On June 19, the CPC General Office issued the “Regulations on the Management of Spouses, Children and Spouses of Children of Senior Officials to Manage Business and Enterprises.”

With the lawsuits against the likes of Wang Like and Xiao Jianhua, Xi may try to intimidate potential challengers and rival factions by emphasizing anti-corruption issues at this critical juncture ahead of the Beidaihe summit.