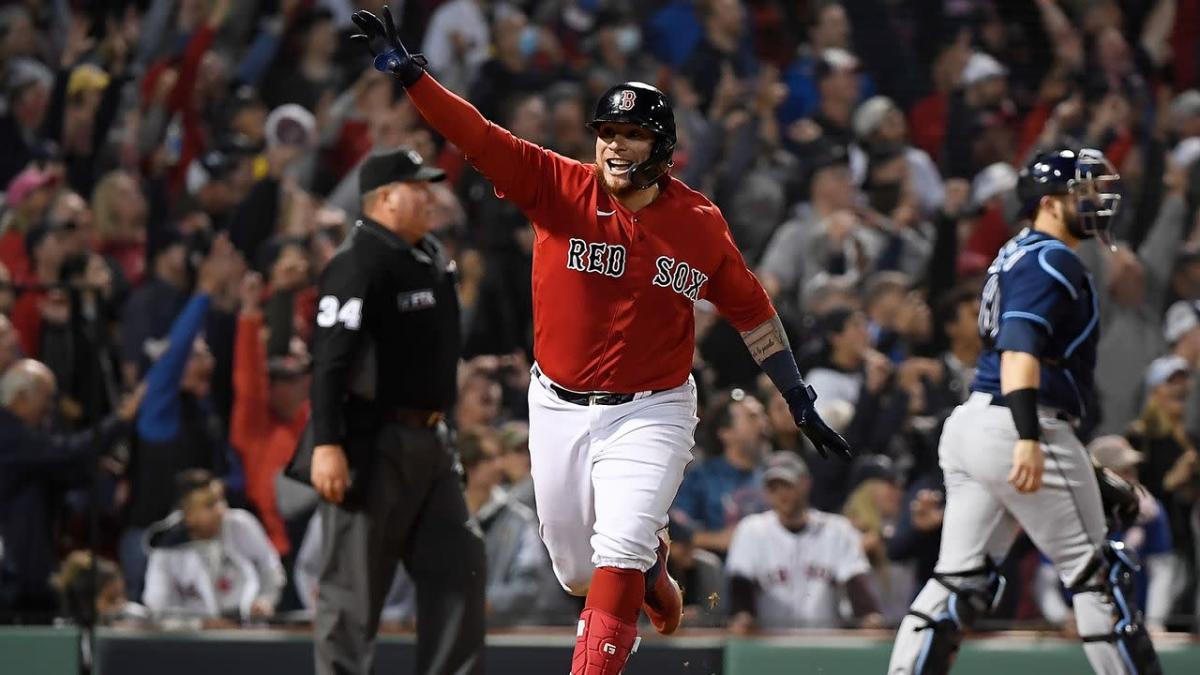 Christian Vazquez said it himself: Major League Baseball is a “Company” where players can switch teams in the blink of an eye.

But the human side of the game was on display Monday night when the Red Sox catcher found out he was being traded to the Houston Astros for some prospects. Reporters in Houston captured teammates comforting Vazquez ahead of Monday night’s Red Sox-Astros game as they prepared to say goodbye to the organization’s longest-serving member.

On Tuesday, Vazquez took to Instagram to officially say goodbye to the Red Sox, whom he called his “extended family,” and their fans. (Check out Vazquez’s message here.)

“There are many mixed feelings as I write this,” Vazquez wrote in the caption. “It’s been 15 years since we’ve spent together. Starting in 2008 when I was drafted by the Red Sox and I left home at 17. I went through the minors and finally made it to the big show in 2014, with all the you behind me When I got Tommy John in 2015 and healed from it To 2018 the great season when me and you became WORLD CHAMPION Red Sox Nation has been with me the whole time.

“You’ve watched me grow up as a person and as a player. I’ve gone through all the minor league teams from the extended rookie season, Lowell Spinners, Greenville Drive, Salem Red Sox, Portland Sea Dogs and the Pawtucket Red Sox, and I’ve so much to be thankful for. The coaches, clubhouse staff, trainers and teammates who became my family during my time on all the Red Sox teams, I am forever grateful to you for helping me when I was away from my family and I felt supported by you.

“It is true that Red Sox Nation is one of the best fans in baseball and in the WORLD! Your energy at Fenway, and even on the road, cannot be replicated, and I will hear your cheers in my heart forever. I hope to get back to you one day even though i have a different uniform on my back my family and i will always miss you boston will always have a place in my heart and this is me holding a piece of it with you May God bless you all, love you forever Red Sox Nation!”

Vazquez has spent nearly 15 years in the Red Sox organization since the team drafted the Puerto Rico native as a teenager in 2008. He proved to be an excellent starting catcher and clutch hitter, most notably hitting a walk-off home run in Game 3 of the 2021 American League Division Series against the Tampa Bay Rays.

Vazquez was set to be a free agent after this season, turning 32 in August, so it made business sense to trade him before Tuesday’s MLB trade UKTN. But the move may have sparked some emotion at the Red Sox clubhouse after the team lost one of its most beloved players.