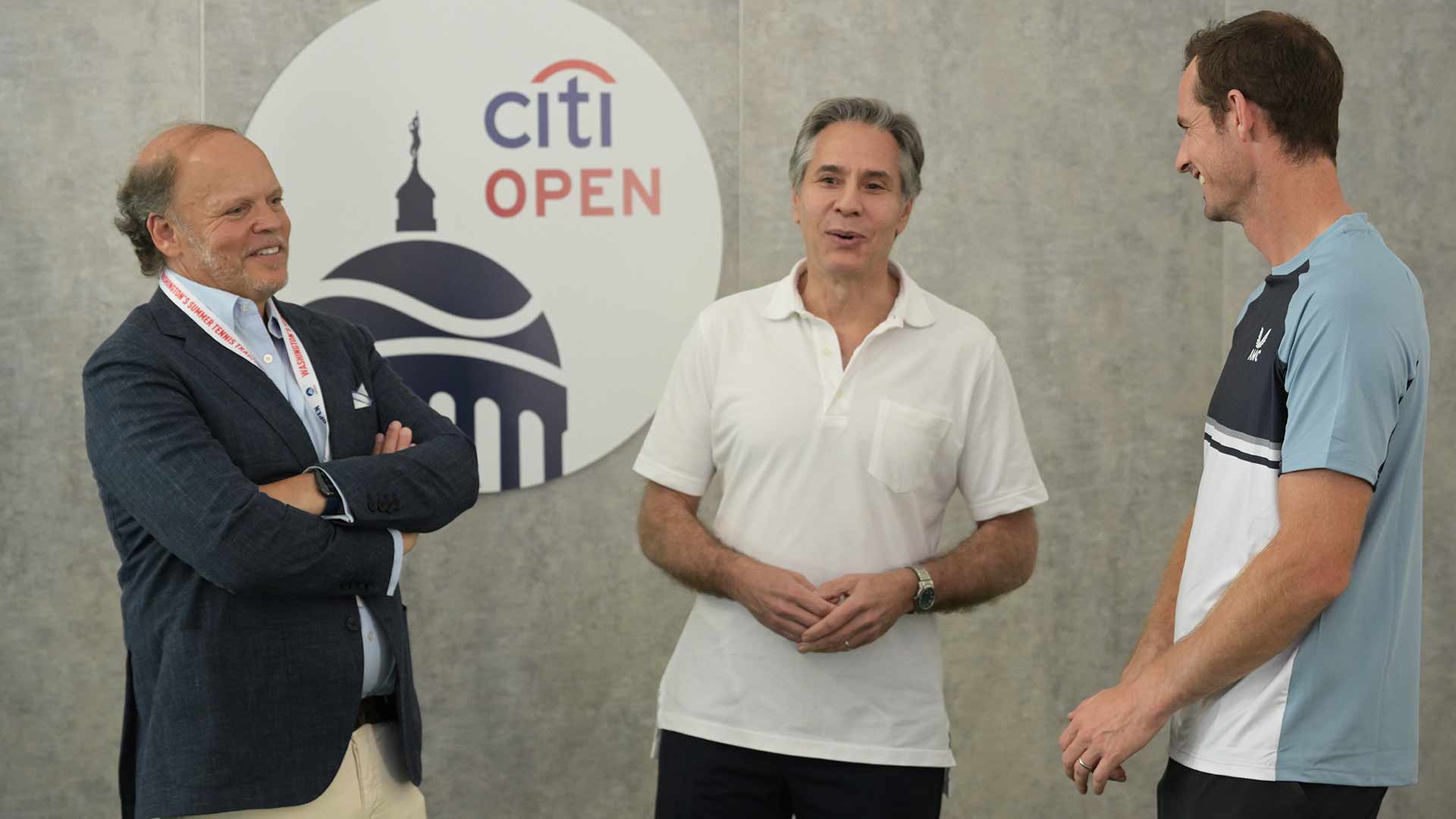 Andy Murray’s campaign to help the children of war-ravaged Ukraine got a boost on Saturday when Citi Open chairman Mark Ein pledged to match the Scot’s prize money donation from next week’s ATP 500 tournament in Washington DC. took the opportunity to speak about Ukraine with US Secretary of State Antony Blinken, who was visiting the Rock Creek Park Tennis Center.

Murray, a father of four and UNICEF UK ambassador, has been donating 100 per cent of his prize money since the BNP Paribas Open in Indian Wells in March, shortly after Russia invaded Ukraine. That equates to over US$300,000 in donations and he has pledged to keep doing so until the end of the season.

“That really inspired us and we’re announcing today that whatever Andy makes here and donates to UNICEF, we’ll match it,” Ein said. “We are also going to create a fan portal called Match Ukraine, which fans can participate in. They can give through the match. They can be part of Andy’s journey. In fact, we extend it all year round. People here can be part of Andy’s mission to really make a difference in something in the world that is terrible and really deserves all of our support.”

Murray could earn another $342,800 if he wins next week’s tournament, which would then be matched by the Mark and Sally Ein Foundation and the Citi Open.

Murray, a 14-time ATP Masters 1000 champion, told reporters on Saturday that as the war continued it was important to continue to drive awareness and fundraising, thanking Ein and the Citi Open for the matching donation for his efforts next week. .

“It’s brilliant. Thank you so much to Mark and the whole team here for supporting that. It shows that when the players and the tournaments work together, really good things can happen. Hopefully I can have a good run and a lot of fans can also participate and raise a lot of money this week.

“You don’t just forget this. It’s still going on. People are still being murdered, children still have to flee their homes and find themselves in really, really tragic situations. It is important that the media continues to shine light on it, keep talking about it.”

You May Also Like: Tennis Plays For Peace: Governing Bodies Unite To Support Ukraine

Murray makes his fourth appearance at the Citi Open. He reached the final on debut in 2006 (l. Clement) and in his most recent appearance in 2018 he reached the quarter-finals after an epic third set tiebreak win over Marius Copil then closed after 3 hours

the world no. 50 opens his 2022 campaign against the Swede Mikael Ymer.