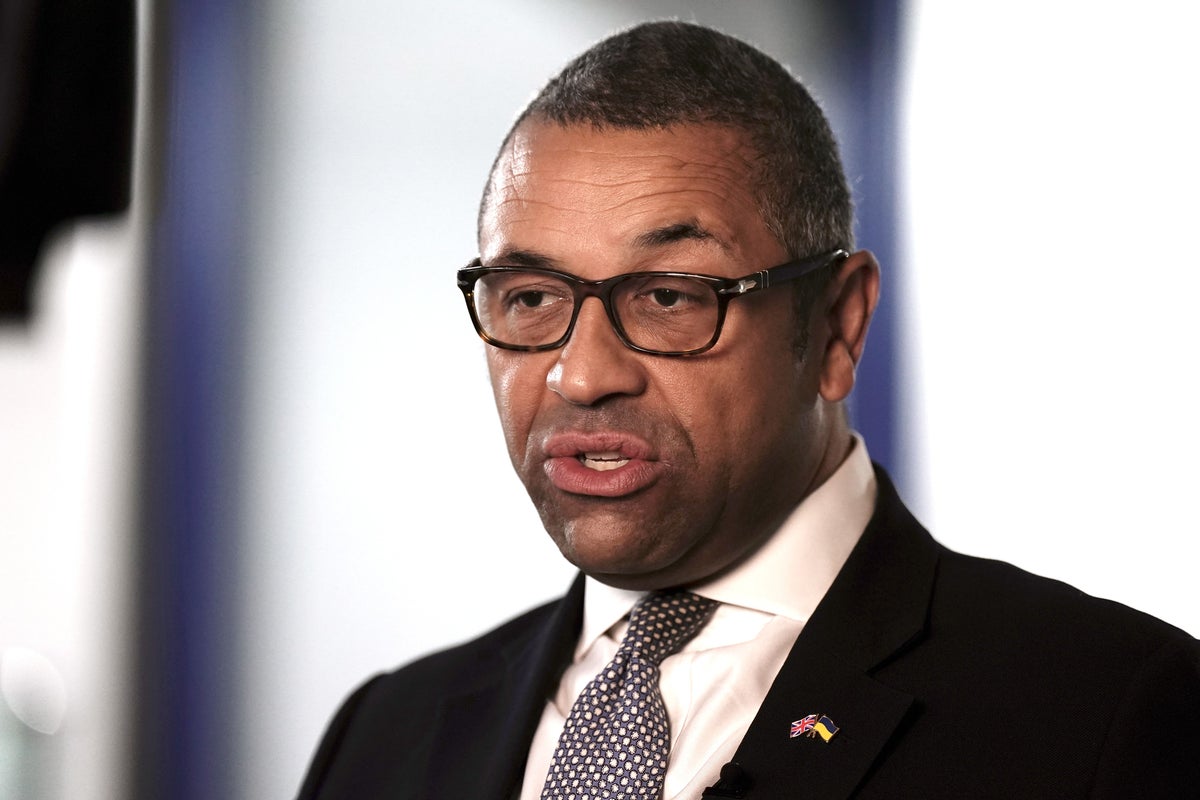 The foreign minister has promised the president of Ukraine that the UK will take “action – not just words” in support of the war-torn country.

He said the UK intends to keep its promise to provide “concrete” help because words alone “will not keep the light on” or “defend against Russian missiles”.

It came as Mr Cleverly announced a package of “hands-on” aid to help the nation through the winter.

Ukraine’s power grid and other critical infrastructure have been ravaged by Russian attacks, causing blackouts and leaving millions without heating, power or water as temperatures plummet.

Foreign Minister Dmytro Kuleba thanked the Ukrainian Foreign Minister for welcoming him to the country and tweeted: “Words are not enough. Words don’t keep the light on this winter. Words will not defend against Russian missiles.

“The UK is not just talking about Ukraine, we are offering concrete support for the defense of Ukraine.”

He later shared a photo of his encounter with Mr. Zelensky, addressing him directly.

“President @ZelenskyyUa, the UK supports you with action – not just words,” he wrote.

“I made that promise to you today. The United Kingdom intends to keep it.”

The UK will send 35 more emergency vehicles, including 24 ambulances and six armored vehicles, to Ukraine.

The Foreign Secretary also announced a further £3 million to rebuild local infrastructure, including schools and shelters, as well as additional funding to support survivors of sexual assault.

“The UK stands shoulder to shoulder with Ukraine. Today I announced a package of practical support for our Ukrainian friends in their struggle, from ambulances to crucial support for survivors of sexual assault by the Russian military.

“Here I have seen firsthand how the UK’s efforts are helping brave citizens resist and rebuild. Our support will continue for as long as this remarkable country needs to recover.”

Meanwhile, the UK is committing £5 million to a Ukraine-led initiative, implemented through the UN’s World Food Programme, to ship grain to countries most at risk of famine, including Yemen and Sudan.

Environment Minister Therese Coffey said: “I am pleased that the UK Government can support President Zelensky’s work to ensure Ukraine’s grain reaches some of the world’s poorest and most vulnerable countries.

“Global food security is in all of our interests – and helping Ukraine’s farmers and agricultural sector continue to produce and export food in these most difficult circumstances is essential to that security.”

The prime minister said it was “deeply humiliating” to be in the Ukrainian capital and that he was “proud” of the way the UK had supported the country since the invasion of Moscow began.

With his vocal support for Kiev, he follows in the footsteps of his predecessors, Boris Johnson and Liz Truss.