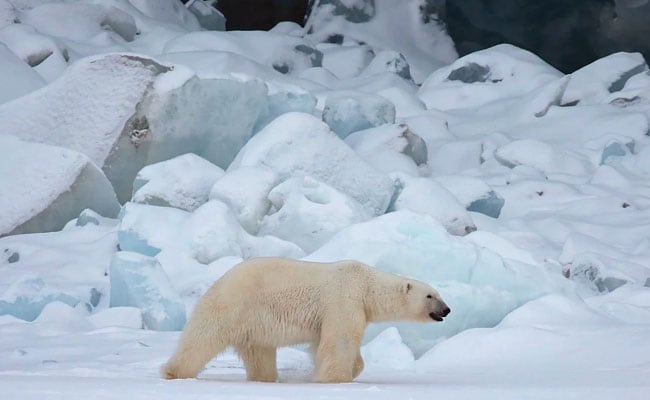 According to climate experts, the Arctic is warming four times faster than the global average.

In a stern warning, two climate experts cited scientific studies on Wednesday to argue that human activity is pushing Earth to the brink of a dangerous climate tipping point and that immediate action is needed to secure humanity’s future and protect our planet.

In a special presentation at the World Economic Forum’s 2023 Annual Meeting here, they presented a groundbreaking study to establish a framework of “Earth System Boundaries” that can ensure a safe and just planet for all.

The presentation was given by Johan Rockstrom, director of the Potsdam Institute for Climate Impact Research (PIK), and Joyeeta Gupta, professor of Environment and Development in the South at the University of Amsterdam and IHE Delft Institute for Water Education.

They said we’re taking huge risks with the future of civilization and destabilizing the interconnected systems — our global commons — that make for a stable and resilient planet, a prerequisite for human prosperity and justice for all.

See also  Perspective - Africa's economic growth: what is the outlook for 2023?

“The Arctic is warming four times faster than the global average. Sea ice is shrinking and we will likely see ice-free Arctic summers before 2050. This will be irreversible,” the duo said.

Greenland loses trillions of tons of ice every decade. This ice loss is accelerating and Greenland contains enough water to raise sea levels by 7 metres.

“The cold fresh water released by Greenland slows down the great circulation in the Atlantic Ocean that regulates Europe’s thermostat. This is irreversible,” according to their graphic presentation.

The current of the Atlantic Ocean affects rainfall over the Amazon rainforest. The Amazon – one of Earth’s major stores of carbon – is drying up and losing its ability to store carbon, they pointed out.

Without immediate action, our future will be neither secure nor just. In times of crisis, humanitarian corridors open to allow safe passage out of danger zones, the two experts said in their joint presentation.

These corridors come and go, and not everyone can use them, so we need a permanent humanitarian corridor for everyone this century, one that takes us out of danger into a safe and just space, they argued.

Rockstrom and Gupta said that by putting justice at the center of this new science, this represents a quantum leap in our ability to understand Earth’s ability to sustain life, and the role we humans play as guardians of our only house and each other.

Meeting the needs of current and future generations, staying within safe and equitable boundaries, is non-negotiable and also possible, they said.

They noted that it will not be easy and said that we will have to transform our societies and the global economy.

A global economy operating within the safe and equitable boundaries of the Earth system is the most important business opportunity of our lives. And it is possible to operationalize these limits across all sectors of the economy, they said.

“We live with 8 billion people today. Will we and our children be able to live within the safe and just corridor?” The answer is up to us. This groundbreaking science, which goes beyond climate, can be operationalized by anyone. If we do nothing, or the bare minimum at this crucial time, we and our children – even if they are rich – will live in a danger zone,” they said.

The two experts urged companies and governments to commit now to massive and just transformations to operate within safe and just boundaries so that our children have a future worth living for.

Truck falls on driver, but he escapes unscathed