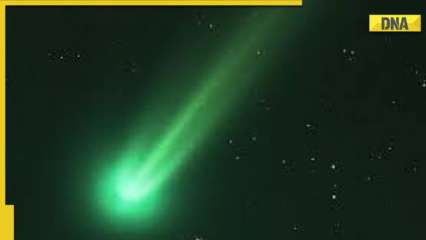 Next week, a rare and magnificent spectacle will appear in the sky as a glowing comet returns to our planet after a 50,000-year hiatus. Comet C/2022 E3 will pass our planet on Wednesday and Thursday at a distance of barely 44 million kilometers. For stargazers, this is a once-in-a-lifetime opportunity to witness this exceptional event, as this will be the comet’s closest approach to Earth in 50,000 years.

The comet’s head contains diatomic carbon, which gives the comet its beautiful green glow. These molecules give off green light when the comet is exposed to ultraviolet rays from the sun, giving the comet a glow. It was first sighted last month, but it was then too far away to see clearly. However, as it gets closer to Earth, the glow will become more intense and visible.

Stargazers from the Northern Hemisphere can see Comet C/2022 E3 below and to the left of the handle of the constellation Plow. The North Star, the brightest star in Ursa Minor, will be right in the comet’s path next week. The comet is expected to be at its brightest on February 1 and 2, with no specific window to observe it. When the comet then returns to the Oort cloud, the light will gradually fade.

This is a once-in-a-lifetime opportunity to witness a spectacular and magnificent celestial phenomenon. Diatomic carbon, which emits light when exposed to ultraviolet rays from the sun, is the source of the comet’s green glow. On February 1 and 2, it is expected to be brightest and visible from the northern hemisphere. Mark your calendars and don’t miss this opportunity to see an amazing cosmic phenomenon.