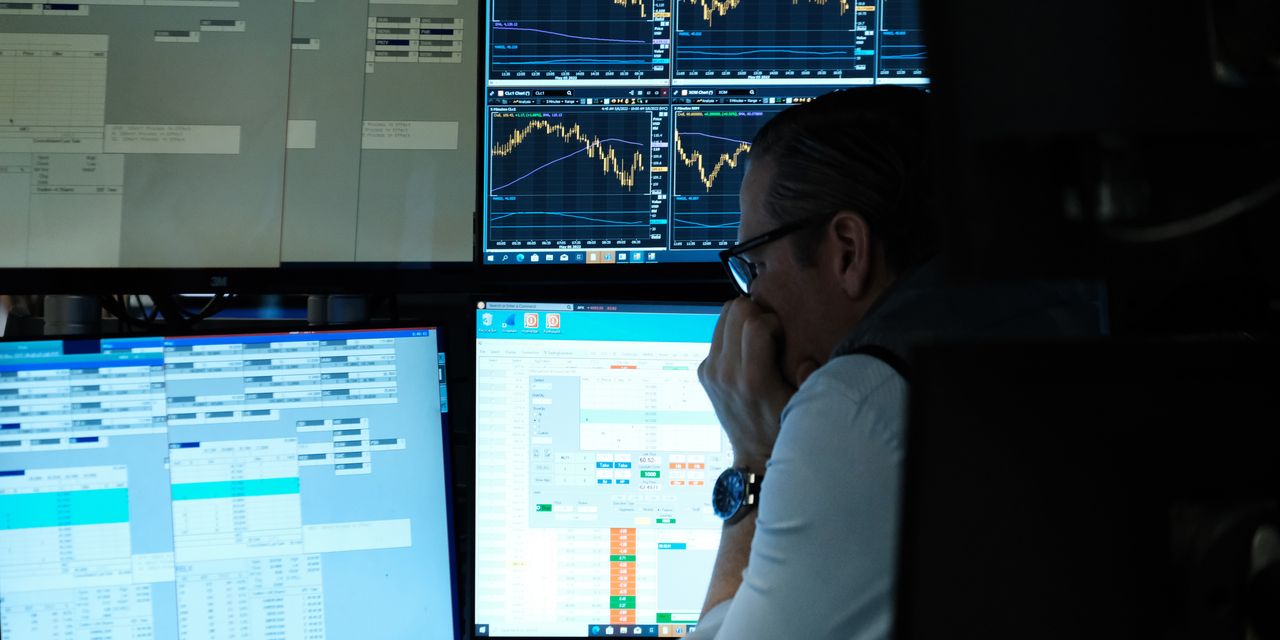 About the Author: David Rosenberg is founder and president of Rosenberg Research & Associates. He was previously chief economist and strategist at Gluskin Sheff + Associates Inc, and chief North American economist at Merrill Lynch.

The S&P 500 is about to fall 20% from the peak. The majority of its members have already done so. Large swaths of cyclical consumer stocks and financials are down much more than that. Debating whether we are in an “official” bear market at this point is purely a matter of semantics. If he walks like a duck…

The adage that knowing where you’re going means knowing where you’ve been certainly applies. From the end of 2018 to the end of 2021, the Fed eased its monetary policy, via interest rates and the expanded balance sheet, by 850 basis points. In the process, he destroyed the equity risk premium. No wonder asset prices have skyrocketed, with the stock market doubling over this period – that’s a 2 standard deviation event right there! And who ever knew that the first global pandemic in over a century could have made so many people so rich? Should we try again? But, you see, 70% of that three-year bull market was due to the increase in the price-earnings ratio – “the spirit animal” – while earnings growth was a two-bit player, accounting for the 30 % remaining. Historically, these relative contributions are reversed: 70% earnings and 30% multiple expansion. Had that been the case, the S&P 500 would have peaked earlier this year closer to 3,600 than 4,800. That’s the power of the P/E multiple: basis point for basis point, at valuation readings high in recent months, the P/E multiple is five times more powerful than earnings momentum.

So, over the past four very difficult months, we have started to see the mean reversion process taking hold with respect to the multiple that is currently contracting. As it should be with the Fed’s tightening policy and the threat of doing much more. In fact, if the Fed does everything it promised to do, with higher rates and a shrinking balance sheet, the de facto tightening will reach around 400 basis points. This compares to 180 basis points in 2018 and 315 basis points for the entire 2015-2018 cycle – 85 basis points higher this time and all rolled into one year! This compares to 175 basis points of rate hikes in 1999-2000 (before this recession), 300 basis points in 1994 and 313 basis points in 1988-89 (before this recession). You have to go back to the early 1980s to see the last time the Fed got so aggressive in such a short time.

See also  Should I sell my shares now?

How about. During semiannual congressional testimony in early March, in response to a comment by Sen. Richard Shelby (R, Ala.), Jay Powell responded that Paul Volcker was the greatest economic official of all time. Well, Volcker is revered today for slaying the inflation dragon, but in the early 1980s he was reviled for creating the conditions for back-to-back recessions and a huge bear market. Today people ask where the “Powell put” is. Rest assured, the “Volcker put” was a multiple of 8 in August 1982. Trust me, you don’t want to do the math on that, regardless of your earnings forecast today.

Earnings are the next shoe to drop. When it does, no one will wonder whether or not we are in a bear market. There has never been a GDP recession without there having been an earnings recession, period. Everyone considers the -1.4% annualized real GDP contraction in the first quarter an aberration, but I don’t see any sort of recovery in the current quarter. In fact, the monthly data has so much negative momentum that the transfer to the second quarter is -1%. Monthly GDP in real terms contracted 0.4% in March and has been flat or down in each of the past five months. During this period, from October to March, the “resilient” US economy declined outright at an annual rate of 2.4%. And in the past, this has only happened during recessions defined by the National Bureau of Economic Research. April’s nonfarm payrolls report looks solid, but below the surface, full-time payrolls have plunged the most since April 2020 and small business employment, always a reliable indicator of cycle turning points, has decreased by more than 100,000 over the past three years. month.

In addition, “inflation” has plunged real personal disposable income, almost 80% of the economy, into a full-fledged recession, contracting in six of the last seven months and at an annual rate of -4 .5%. As sure as night follows day, consumer spending will follow. The Fed will do its best to reverse the situation, but the remedy will not be good, as the inflationary shock is replaced by an interest rate shock. Mortgage and real estate markets are already reacting in the same way.

The stock market has done a lot of work pricing in a recession, but so far it discounts one out of three odds. More to do yet. The inflationary shock is largely exogenous. What few are talking about is how fiscal policy contraction alone will help take care of demand through the end of the year. Is it understood that if things like food and fuel inflation don’t come down, then the Fed, in its quest to get back to 2% inflation, should dig a big hole in the remaining 80% of the price pie ? The Fed should create demand conditions that would bring the underlying inflation rate to -1.8%, which has never happened before! To reach 2% inflation, with such an inelastic supply curve, would require a recession that would cause real GDP to fall by more than 3% and the unemployment rate to return to around 7%. This is the kind of demand destruction that would be needed for the Fed to win the battle against this supply-side inflation, caused primarily by endless Chinese lockdowns and the Russian-led war in Ukraine.

We ran models to see how financial conditions need to tighten if the Fed is, indeed, serious about its 2% inflation target. You won’t like the answer if you’re still trading risky assets on the long side: 700 bps spreads on high yield bonds (another 250 bps to go) and call it 3,100 on the S&P 500 (another 20% drop). This makes perfect sense since the S&P 500, historically, has fallen 30% in recessionary bear markets. The first 10% before the recession when the slowdown is expected, then the next 20% during the first three quarters of the recession. Keep in mind, however, that there is a large spread around this “average”. We have to recognize that we are entering a prolonged period of heightened uncertainty between the ongoing pandemic and the war abroad, with this very hawkish Fed. The earnings slump could be met with further compression of the stock market multiple. So hopefully the “bottom” of 3,100 doesn’t end up being too optimistic. Yes, you read that right.

Finally, you have to play the odds. The Fed has embarked on 14 tightening cycles since 1950, and 11 have sent the economy into a recession and the stock market into a bear phase. That’s almost an 80% probability right there.

We can certainly hope for a “soft landing” this time around, but in 35 years in this business, hope is rarely an effective investment strategy. The backdrop is one of a peak in the liquidity and economic cycle, and what follows is the natural erasure of excesses (even stocks, cryptocurrencies, speculative Nasdaq 100, even residential real estate, which is in a huge price bubble of its own) and then… rebirth. There is no point in being in denial. This is all part of the cycle, and the turning point was taken several months ago. In baseball parlance, we are most likely in the third inning of the ball game when it comes to this bear market. My advice: Ignore the promoters, accomplices and acrobats. Stay calm, disciplined and defensive in your investment strategy. And that includes beat-up long-term Treasuries, cash, gold, and only those sectors of the stock market that have a low correlation to economic activity.

Guest comments like this are written by writers outside of Barron’s and MarketWatch newsroom. They reflect the views and opinions of the authors. Submit comment proposals and other feedback to [email protected]

Seize Narrows Losses on Robust Delivery and Transportation Demand; Stocks jump the most since listing