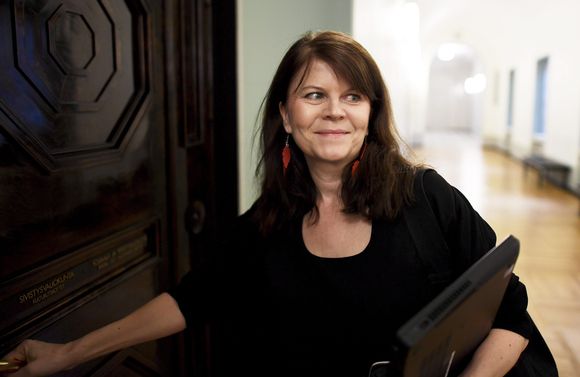 Member of the Green Party and Chairman of the Parliamentary Audit Committee Outi Alanko-Kahiluoto appealed to the auditor general Tytti Yli-Viikari to make a public statement on the spending scandal engulfing the National Audit Office of Finland (VTV).

Yli-Viikari faces a threat of suspension from her post following reports in the media that she has spent thousands of euros of taxpayer money on beauty services and travel.

The deep mistrust in the leadership of the audit office has an impact on VTV staff, Alanko-Kahiluoto said.

“So this is not just a question from Yli-Viikari, but from all the staff. If the questions are not answered, the suspicion will only grow,” Alanko-Kahiluoto said, adding that she had struggling to understand why Yli-Viikari does not want to answer, for example, questions that have arisen about his use of flight points.

“If she hasn’t used the flight points, why doesn’t she make her points account balance public? She could easily do so right away, and the doubts would be dispelled. VTV is an audit authority. Finnish key player, and we should all be able to trust her, ”said Alanko-Kahiluoto.

The tabloid newspapers Iltalehti and Ilta-Sanomat (external link in Finnish) both reported on Friday that the core activities of the Court of Auditors – examining how other government agencies use public money – have declined significantly during the tenure of Yli-Viikari as Auditor General.

In response, Alanko-Kahiluoto said she had not yet had time to delve into the reports.

“This finding was not revealed during the committee hearings, but it is something that may need to be considered separately,” she said.

Journalist Iltalehti Jarno Liski, who has reported on the case for weeks, wrote that VTV’s reports were censored and a staff member was ordered to destroy an audit report.

“It’s really bad if that happened, and of course it needs to be fixed,” Alanko-Kahiluoto said.

The Green Party deputy chaired the Audit Committee for two years, during which time the atmosphere at the National Audit Office became a point of discussion.

“After consulting with staff representatives as part of VTV’s annual report, it became clear that the agency had a low level of job satisfaction. Various measures were taken to improve staff interaction and consultation, but clearly not enough, ”said Alanko-Kahiluoto.

The Parliament’s audit committee is currently examining VTV’s internal control and risk management, as well as the principles of good governance within the agency. The report is expected to be completed this month.

At the same time, the parliamentary auditors will conduct an additional and separate audit of VTV’s accounts.

According to Alanko-Kahiluoto, the committee’s report will contain concrete proposals to improve VTV’s internal processes.

“There must be someone who also controls the use of the money by the Auditor General,” she said.

The director of the agency, Mikko Koiranen, told the STT news agency that this is not true.

“It is not,” Koiranen said. “There are certainly reasons why the reports and their content have changed. After all, the question is how things should be expressed and used, and what kind of adjectives, to take a stand on an issue. Whether the statements are based on information obtained during the audit process or opinions. The people interviewed in the story of Iltalehti generalized their own experiences to apply to all of the agency’s activities. “

Several of those interviewed by Iltalehti also said the agency had been run for years in a culture of fear, saying those who questioned directors’ policies were punished with reduced salaries and additional workloads. Koiranen declined to comment on the charges.

“There is no reason to launch such a public debate on leadership out of fear,” he said.

STT has not reached out to Yli-Viikari for comment, but Koiranen said she knew he would comment on the matter to the news agency.