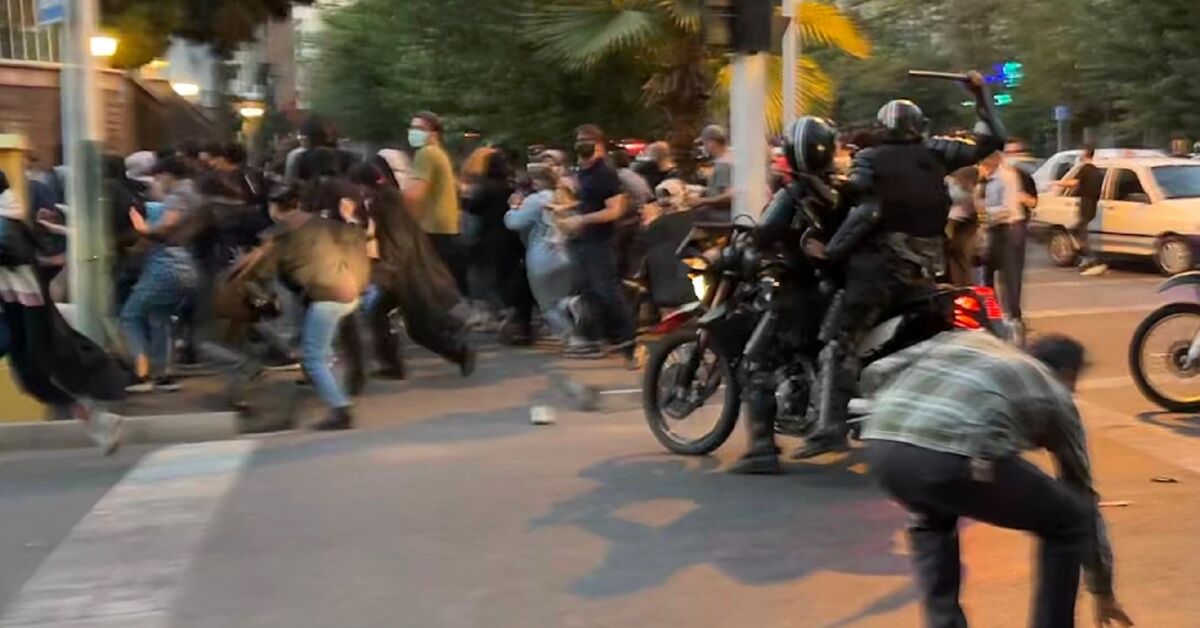 The United Nations and human rights groups on Tuesday expressed concern over what activists described as a deadly crackdown in Iran against protests over the death of a young woman after her arrest by Tehran’s notorious vice squad.

Mahsa Amini, 22, died on Friday three days after being rushed to hospital following her arrest by police responsible for enforcing Iran’s strict dress code for women.

According to activists, she was hit on the head while in custody, but this has not been confirmed by the Iranian authorities, who have launched an investigation.

There have been protests in Tehran, but the fiercest clashes to date have been in Kurdistan’s northern province, where Amini is from, with rights groups saying up to four protesters have been killed so far and dozens more injured and arrested.

“The crackdown with tear gas and deadly violence against protesters claiming responsibility for the death of a woman in police custody reinforces the systematic nature of government rights violations and impunity,” said Tara Sepehri Far, HRW senior Iran investigator.

In Geneva, the UN said acting High Commissioner for Human Rights Nada Al-Nashif raised the alarm over Amini’s death and the “violent response by security forces to the ensuing protests”.

She said there should be an independent inquiry into “Mahsa Amini’s tragic death and allegations of torture and ill-treatment.”

The Kurdish human rights organization Hengaw, which is based in Norway, said it has confirmed a total of three deaths in Kurdistan province, one each in the cities of Divandareh, Saqqez and Dehglan.

It added that 221 people had been injured and another 250 arrested in the Kurdistan region, where a general strike had also been held on Monday.

A 10-year-old girl – photos of whose blood-spattered body have gone viral on social media – was injured in the city of Bukan but was alive, it added.

Social media shows that there have been violent clashes between protesters and the security forces, especially in the city of Divandareh, with sounds of gunfire.

See also  Soldier who went missing during the Korean War

The Oslo-based Iran Human Rights (IHR) group said four people had been killed in protests where people shouted slogans such as “Death to the dictator” and “Woman, life, freedom”.

“The international community should not be silent observers of the crimes committed by the Islamic Republic against its own people,” said IHR director Mahmood Amiry-Moghaddam.

“We call on countries that have diplomatic relations with Iran, especially the EU, to stop further state killings by supporting the people’s demands to realize their basic rights.”

According to the UN statement, two people are said to have been killed and several injured.

Amini’s death has sparked international consternation, with US Secretary of State Antony Blinken on Monday calling on the Iranian government to end the systematic persecution of women and allow peaceful protest.

The Islamic headscarf has been made publicly mandatory for all women in Iran since shortly after the 1979 Islamic revolution that ousted the Shah.

The rules are enforced by a special police unit known as the Gasht-e Ershad (escort patrol), which has the power to arrest women believed to have broken the dress code, although they are normally released with a warning.

In rare published criticism from Iran, Jalal Rashidi Koochi, a member of parliament, told the ISNA news agency that “Gasht-e Ershad is wrong because it has had no result except loss and damage to the country”, adding that “the most important The problem is that some people resist accepting the truth.”

Iranian President Ebrahim Raisi plans to travel to New York this week for the UN General Assembly, where he will be closely monitored for the human rights situation in Iran.

French President Emmanuel Macron will hold a rare meeting with Raisi later Tuesday in a last-ditch effort to agree on a deal that revives the 2015 nuclear deal.