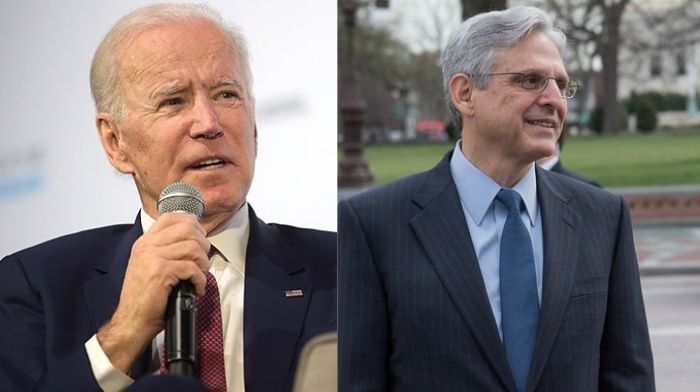 Despite U.S. Attorney General Merrick Garland’s sworn testimony that the U.S. Justice Department is not targeting parents after ordering the department to do so last fall, a whistleblower has presented to the House Judiciary Committee to prove that the FBI is in fact investigating. parents.

In a letter to Garland, Republican U.S. Representatives Jim Jordan of Ohio and Mike Johnson of Louisiana wrote that they have evidence that contradicts the testimony he gave to the committee last year.

Last October, Garland issued a memo about the “worrying spike in harassment, intimidation, and threats of violence against school administrators, board members, teachers, and staff,” directing the FBI and other federal law enforcement officers to monitor parent and school activities. nationwide advice.

He did so in response to the National School Boards Association calling on the federal government to use counterterrorism tools, including the Patriot Act, against parents. In an Oct. 20 email, the FBI’s Counterterrorism Division and Criminal Division announced that they had created a new threat tag for its internal system for tagging parents, called “EDUOFFICIALS,” the members of Congress point out in their letter. The email instructs all FBI personnel to apply this label to all “school board-related threats.”

Asked about the memo by the House Judiciary Committee last October, Garland said under oath, “I can’t imagine any circumstance in which the Patriot Act would be used in the circumstances where parents complain about their children, and nor can I imagine a circumstance where they would qualify as domestic terrorism.

See also  Democrats call to end filibuster and codify Roe V. Wade into law – but clash with Manchin and Sinema

After the memo was released, a coalition of attorneys general immediately asked Garland to remove him and produce documents related to the memo’s directive. They argue that Garland has provided no evidence of spikes in threats against school personnel by parents and that the DOJ targeting parents is an abuse of power and unconstitutional. They received no response to their letters or requests for information and for follow-up in March.

Indiana Attorney General Todd Rokita, who led the coalition, said, “Rather than cooperate, the Biden administration has sought to conceal and minimize culpability. What are they hiding? Why aren’t they honest? »

The response from the “brave whistleblowers,” Jordan said, is that the FBI has opened investigations in almost every region of the country regarding all types of educational settings.

“The information we have received demonstrates how, as a direct result of your directive, federal law enforcement is using counterterrorism resources to investigate protected First Amendment activities,” the members of Congress wrote to Garland.

RELATED: To spy on a Trump aide, the FBI pursued a dossier rumor that the press called ‘Bullsh**’

In an investigation, the FBI has opened a case on a mother involved with the Florida-based group Mom’s for Liberty, officials say. The filing also notes that the mother is a legal gun owner. An FBI agent interviewed the mother, who said she was upset with her school board’s mask mandate and hoped to replace the school board with new members through the election process.

The information, the members of Congress said, “is startling. You have subjected these moms and dads to having the FBI investigate them, compiling the FBI file that includes their political views, and applying a “threat tag” to their names. as a direct result of their exercising their fundamental constitutional right to speak out and defend their children.

Members of Congress ordered Garland to immediately provide documents to the committee.

Moms for Liberty founders Tiffany Justice and Tina Descovich posted a statement saying, “This whistleblower letter should be a wake-up call for every mom in our country. We now have proof of what many of us suspected and some of us knew: that the Justice Department was using the counter-terrorism authority under the PATRIOT Act to investigate parents of school children who exercised their First Amendment right to seek redress from their local government for tors.

“At Moms for Liberty, we knew firsthand about the first instance Jim Jordan cited, because she was – as the whistleblower letter says – one of our members. The mother was terrified. She had been contacted by the FBI. The FBI had told him not to say anything about that call. She had also been told that many other mothers were under investigation.

“Once the federal government uses our own taxpayers’ money to exploit federal resources and federal officials to investigate law-abiding parents who attend public meetings and speak their minds, everyone’s freedom of speech is in danger. We have the right to question public servants and to hold accountable those who hold public office.

Justice and Descovich said their organization empowers mothers to understand their basic rights. But they also warn that if it happened to one of their members, it could also happen to “anyone”.

‘Like a new sun’: Samajwadi party’s Azam Khan walks out of Sitapur prison after Supreme Court grants him bail