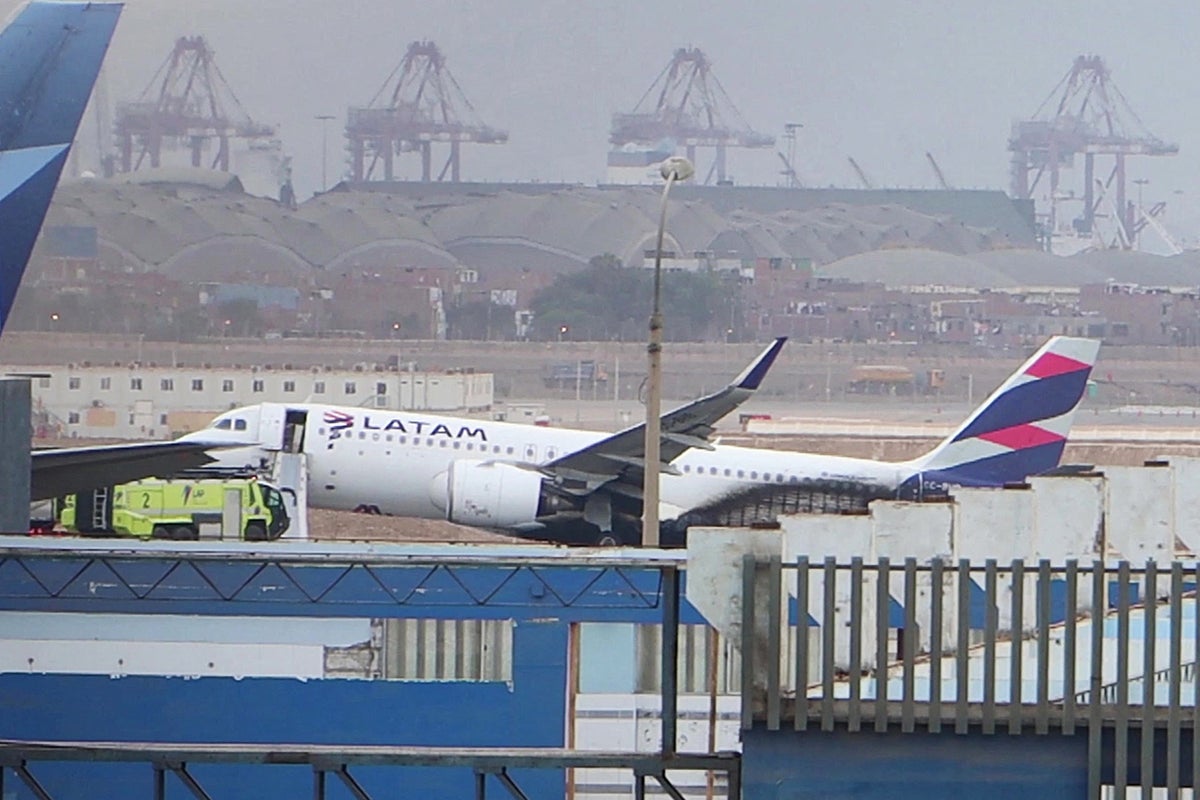 Sign up for our free US Evening Headlines email

Airline passengers in Peru took a selfie to celebrate their survival after their plane crashed into a fire truck and caught fire on takeoff.

According to Reuters, the incident took place on Sunday at Jorge Chavez International Airport in Lima, Peru, killing two firefighters.

No passengers or crew were killed in the crash.

A few passengers took a selfie with the plane after they managed to exit the vehicle. Both she and the plane are coated in a white, chalky fire extinguisher.

A man, believed to be named Enrique Varsi-Rospigliosi, shared the image on Twitter along with the caption “when life gives you a second chance #latam.”

Lima Airport Partners said firefighters were conducting an emergency drill that day and had obtained all necessary clearances to operate safely on the runway.

“On November 18, during the morning and until the start of the exercise, the firefighting team took all necessary measures to carry out the maneuver,” the group said. “Control tower [CORPAC] confirmed the [exercise] starting time 15:10 [3:10pm]it is the designated time for the start of the maneuver, and the collision with the LATAM aircraft occurred at 15:11.”

A video widely shared on social media shows the plane skidding down the runway, sparking before catching fire and leaving a trail of smoke as it comes to a stop.

Jorge Salinas, the chairman of the board of directors of the Peruvian Corporation of Airports and Commercial Aviation, disagreed with the Lima Airport Partners’ version of events, claiming that the firefighters were not allowed to enter the runway.

“There is no permission for a vehicle to enter the runway. There is permission to conduct an exercise, but it is outside the areas where there are currently transit operations,” he told the RRP radio station on Sunday.

Two passengers were seriously injured in the accident, according to Peru’s health ministry, and another 18 received medical treatment for injuries sustained in the crash.