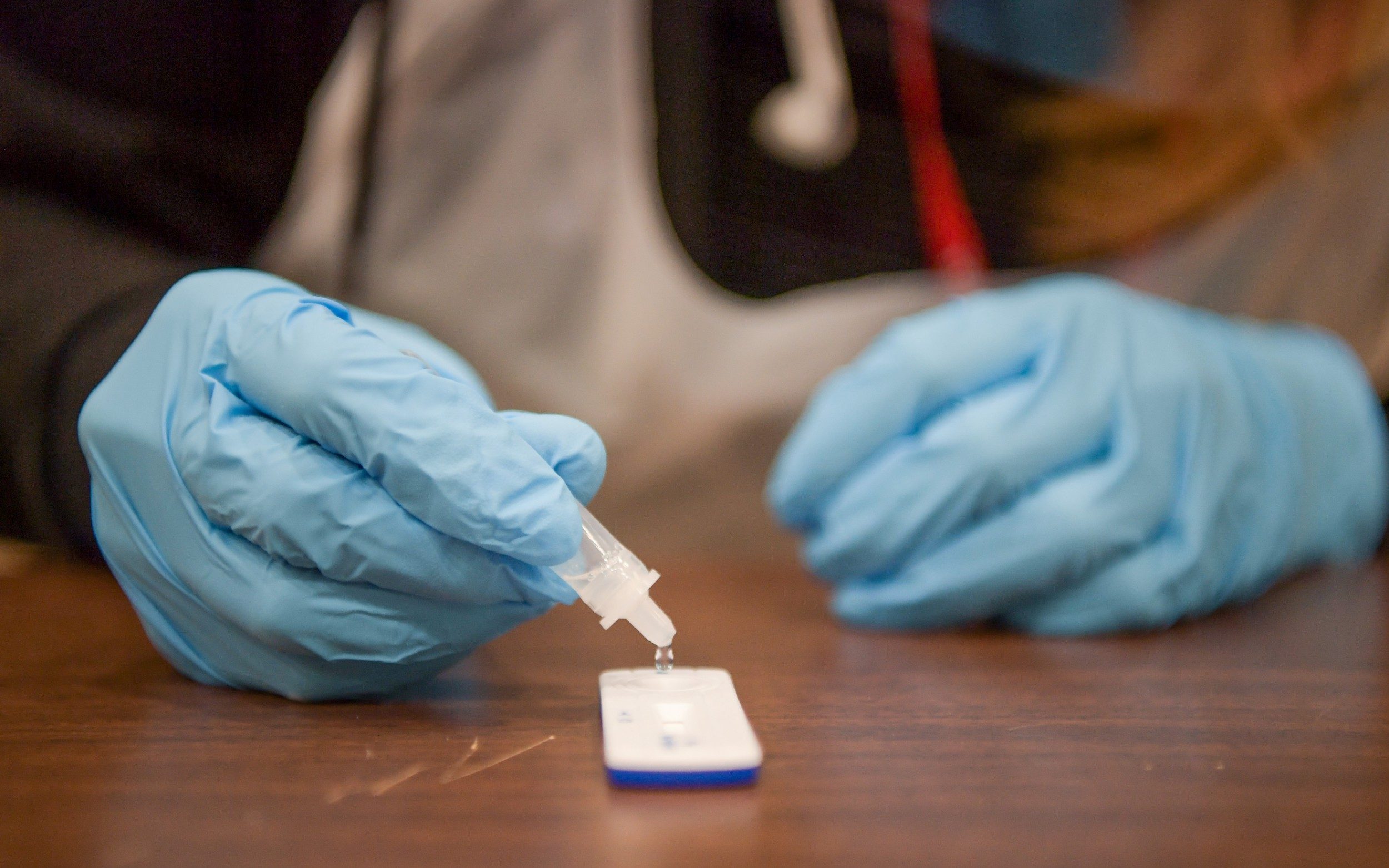 Covid lateral flow tests “catch almost everyone” at risk of spreading infection, a peer-reviewed study found, as it raised concerns that past reviews of the tests had “confused the ‘policy making’.

The researchers said the lateral flows were probably over 80% effective in detecting any level of Covid-19 infection in a person.

This rises to over 90% when detecting the most contagious people while using the test.

Earlier criticisms of lateral flow (LFT) for their apparent low sensitivity had been caused by erroneously comparing their results with “like-for-like” PCR tests when in fact “it’s like comparing apples and oranges. “.

Previous research raising doubts about their effectiveness was “potentially misleading” because the tests are worth “in a very different way,” according to the report from UCL, University of Liverpool, Harvard University and the United Kingdom. ‘University of Bath.

The study concluded that previous studies had “come to the wrong conclusions” and “damaged public confidence” when in fact lateral flow testing “is a reliable public health tool to stop the spread of the virus” .

Professor Irene Petersen of UCL’s Institute of Epidemiology and Healthcare, said: “Previous studies comparing the reliability of lateral flow tests and PCR tests could be potentially misleading because a PCR test is a marker of having been infected at some point in a certain window of time and does not necessarily mean that a person is contagious when they test positive.

“In most validation studies, individuals were tested simultaneously with LFT and PCR tests, with PCRs being used as a gold standard to tell someone is ‘positive or negative’.

“The sensitivity of LFTs was therefore assessed by their ability to identify the same cases as the PCRs captured.

The researchers pointed out that LFTs detect virus surface protein material and are very likely to give a positive result when a person is infectious.

Meanwhile, PCR tests detect the virus’s genetic material, which may be present for weeks after a person is no longer infectious.

Professor Michael Mina of the Harvard School of Public Health added: “It is very likely that if a person’s LFT is negative but their PCR is positive, it is because they are not at the stage of maximum transmission. “

The authors recognize that the sensitivity of lateral flows depends on sampling errors and the experience of the person performing the sampling and testing.

Professor Petersen added: “As LFTs are increasingly used in schools, workplaces and for admission to venues such as those used for large events, it is important that health and the public have clear information about the performance characteristics of the tests.

“We have shown that the absolute sensitivity to detect SARS-CoV-2 antigens is likely high with LFT.”

‘We have to change’: Paul Pogba delivers scathing evaluation of Man Utd under Ole Gunnar Solskjaer