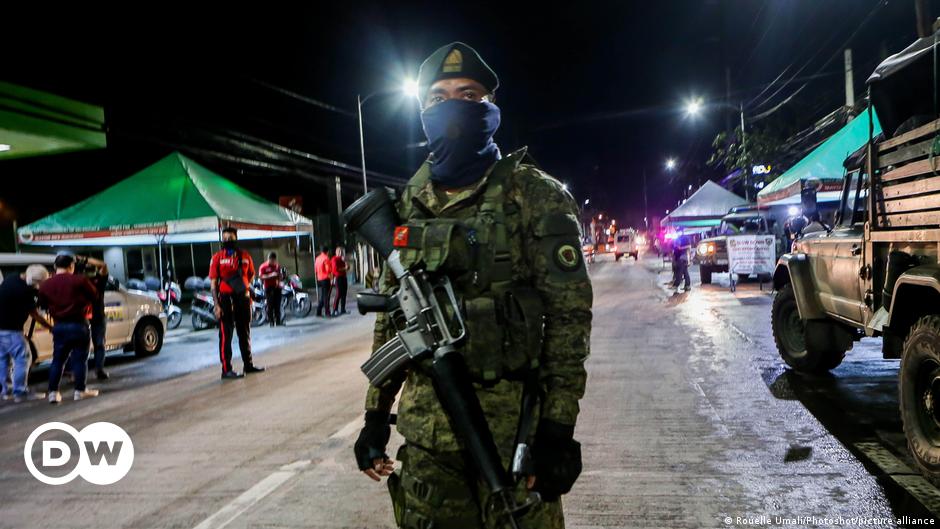 The Atlas of Civil Society report is full of examples of restricted freedoms: overcrowded prisons in the Philippines, journalists arrested in Zimbabwe, threats from human rights defenders in Mexico. For the fourth time, the organizations “Bread for the World” and “Civicus” have published a comprehensive report on the situation of civil society organizations and their members in nearly 200 countries.

“2019 has been a year of protests,” said Dagmar Pruin, president of “Bread for the World”. “All over the world people have taken to the streets. And this mobilization continued in 2020, for example in the United States or Belarus ”.

There have also been protests related to the pandemic, for example by people calling for more financial aid and less corruption.

“But in response to this, the governments of many countries have not fought the causes of the protests, but the protesters,” Pruin said.

The situation for 2020 is grim. According to the report, 88% of the world’s population live in small, oppressed or closed societies. The rest are classified as deficient or open companies.

Germany counts as open because civil society organizations are unrestricted and information is easily accessible. Only 42 of the 196 countries examined are considered open. And that does not include the 27 member countries of the EU.

According to the report, the pandemic was both a catalyst and a magnifying glass.

“What we can see is that the pandemic has essentially exposed the weaknesses of some systems and regimes,” says Silke Pfeiffer, head of the human rights and peace department at “Bread for the World” “.

“And in many places there has been a tendency to counter the problems revealed by the pandemic with excessive authority which has terrified citizens.”

For example, 100,000 people have been arrested in the Philippines for allegedly failing to adhere to corona rules, 17,000 have been arbitrarily detained in quarantine centers in El Salvador, including a human rights activist who was detained for three weeks even before d ” be tested for COVID-19.

An increase in police violence is also a big problem. Lockdown measures, according to the Atlas of Civil Society, have been implemented with great force in some countries.

READ  Weather in Chicago: Warmer Sunday, but risk of snow in April Tuesday

A survey of nearly 400 journalists showed that people in 59 countries were victims of police violence linked to the coronavirus. In Colombia, nearly 50 non-governmental organizations issued a joint statement complaining of the increasingly militarized police violence.

Suffering under the measures

In many countries, measures to stem the pandemic have also been abused to undermine democracy and put pressure on human rights activists and journalists.

In Mexico, human rights defender Clemencia Salas Salazar has long been under police protection, in the custody of two police units. In March 2020, his protection was reduced to a single police officer, on the grounds that the rest was needed to fight the pandemic. The non-governmental organization “Amnesty International” was one of the groups that pointed out that this was insufficient. In June, its protection was further strengthened.

Pandemic regulations in several countries are also putting pressure on journalists. In the Philippines, the broadcasting license of the largest news broadcaster, ABS-CBN, has not been renewed. The station had repeatedly criticized the government of President Rodrigo Duterte.

“This means that an important source which could have provided the public with objective and critical information was lacking during the pandemic”, indicates “the Atlas of civil society”.

READ  COVID-19: Travel made easier for people vaccinated in UAE

In other countries, laws have been passed under the guise of combating pandemics that have undermined or halted democratic processes. In Cambodia, a country that officially did not experience a single corona death in 2020, parliament passed “a loosely-worded law that gives the government the power to declare a state of emergency.”

The “Atlas of Civil Society” leaves little hope for improvement.

“In 2020 the situation has worsened exceptionally,” said Pruin. However, there has been another positive development: many civil society organizations have been able to fill in the gaps that their governments have failed to fill and have handled the corona crisis creatively.

Brazil is an example. The organization “Assesoria e Servicios a Projetos em Agricultura Alternativa” (ASPTA) bought food from small farmers who could no longer sell their products due to the closure of markets and transport routes. The organization then distributed the food to day laborers who had lost their livelihood during the quarantine.