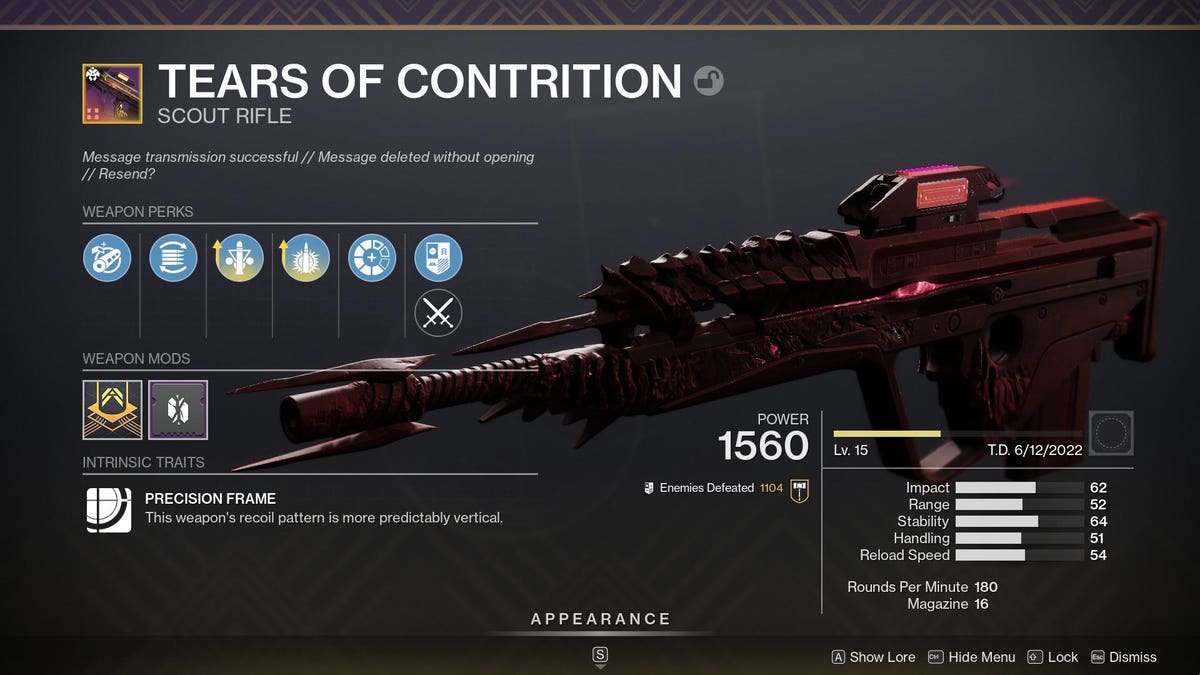 The idea behind crafting seemed simple in Destiny 2. Grind for drops, if you don’t get what you want, enough time will eventually allow you to craft the drop you’re looking for. Easy, right?

For two seasons of Destiny 2 now, players have been using the game’s new crafting system, and from my perspective, it’s turned the game’s central loot hunt into something very weird and complicated for most of its weapons. And it’s more complicated, because there are still a lot of weapons not craftable. In a way, though, that makes them more desirable when they drop.

Sure, it could sometimes lead to RNG frustration if you played long enough without the exact throw you wanted, but the crafting system born out of that frustration turned chasing into something weird. Here’s how crafting makes looting work now:

Bungie can say “oh, crafting is just one option if you don’t get your god roll’, and yet it’s pretty clear that this system turned into even more RNG frustration try to get red frames and then this weird grind that makes you use a bad version rolled this weapon for hours to get it where you want it.

For me, if you do RNG, I would prefer to have the old system. For me, I’ve never been satisfied with an opulent or haunted drop all season. If it’s not red frames, it’s trash. Once crafted, the drops no longer matter. But the new dungeon weapons, I always get excited every time we drop because I know that might be the role I keep. That feeling is gone for anything you can create now.

Again, maybe not everyone sees it that way, but I don’t think I’m the only one here. I can suggest changes to crafting to improve it I suppose, and I have, but basically after two seasons now I’m not at all convinced that this is a system that has a place in the Game.

Is Destiny 2 crafting a “me” problem or a widespread concern?