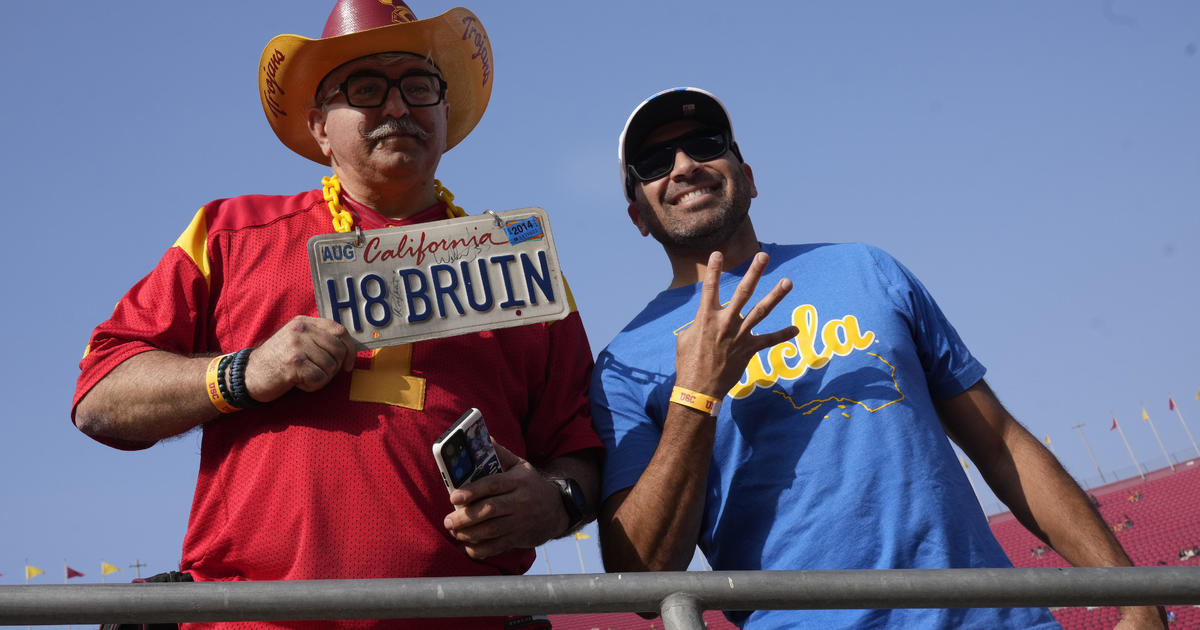 Let the trash talk begin. Both UCLA and USC fans gear up for the antics and pranks leading up to their annual grudge match.

“There are a lot of jokes between us and USC, so we don’t want anyone messing with the status,” says UCLA graduate student Josie Goodson.

Students and fans like Goodson boarded up the brown bear statue in a box to protect it from mischievous Trojan fans.

See also  In the Osaka court, parents demand full compensation for the death of their hearing-impaired daughter

In Exposition Park, the Trojan Knights, the oldest organization of school spirits, are on “Tommy Watch.” Not only did they protect their iconic Tommy Trojan statue by wrapping it in duct tape, but they camped out by his side all week to keep Bruin fans from wanting to cause trouble.

“We’ve seen some attempts at shenanigans,” says USC graduate student Abby Lutz. “Some UCLA kids have tried to take pictures in front of Tommy Trojan and we make sure to get in the pictures and captivate them so they don’t get a good one.”

On Saturday, the underdog UCLA Bruins look to hold onto coveted Victory Bell in their annual crosstown rivalry game against the No. 7 USC Trojans.

In addition to retaking the Victory Bell, the Trojans hope to claim a spot in the PAC-12 title game, moving them closer to a place in the College Football playoffs.

Excitement on both sides has increased throughout the week as a sellout crowd of 70,000 fans is expected to pour into the iconic Rose Bowl Stadium.

Despite the annual antics, the mariachi singers from both schools showed a sign of solidarity by performing together for the first time on Friday on the UCLA campus.

“You can just tell people are ready to root into their team,” says UCLA graduate student Cal Randall. “It’s going to be a good day.”

The UKTN LA Staff is a group of experienced journalists who bring you the content on UKTN.com.