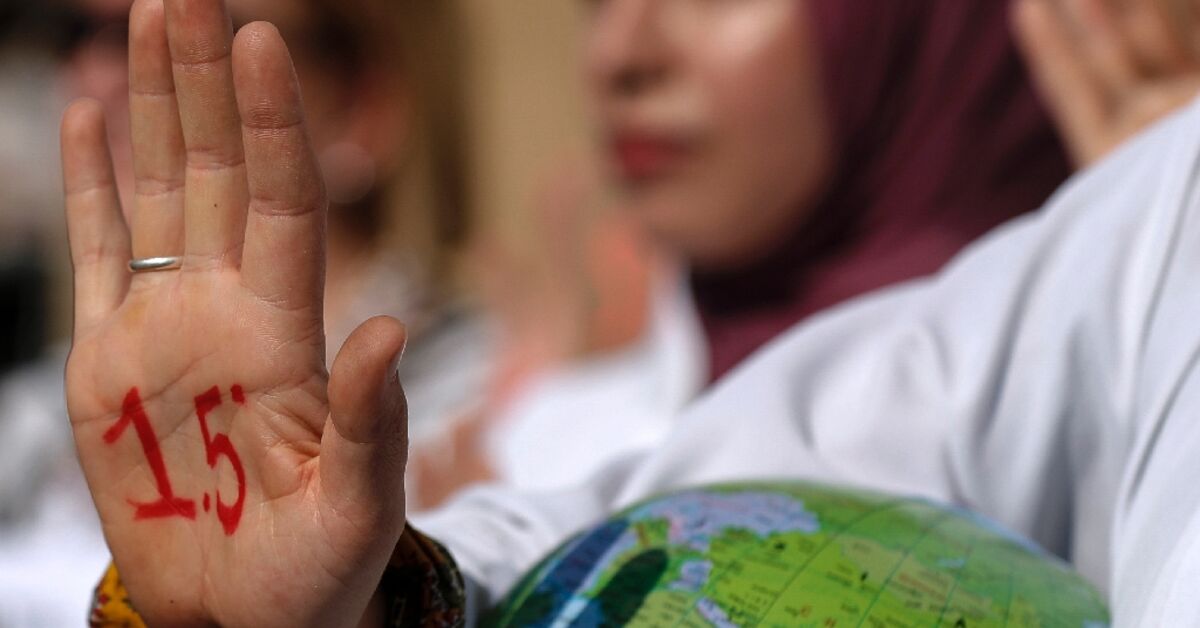 UN climate talks went haywire on Saturday when the EU rejected a proposal from host Egypt for lacking ambition on emissions cuts and warned it would rather leave without a deal than with a bad deal.

Representatives from nearly 200 countries gathered for two weeks at COP27 in Egypt with the aim of taking action on climate change as the world faces an increasing onslaught of extreme weather events.

But talks have been bogged down by calls that wealthy polluters fund “loss and damage” for countries beset by climate catastrophes, as well as over ambition to tackle global warming.

After negotiations lasted all night after the last official day on Friday, the European Union flatly rejected a draft document from Egypt.

European Commission Vice-President Frans Timmermans said the EU would “rather have no result than a bad result” and was prepared to pull out of the negotiations altogether.

But he added that the bloc of 27 countries still hoped for a good result.

The EU wants COP27 to speak strongly about cutting emissions and to reaffirm the ambitious goal of limiting global warming to 1.5 degrees Celsius above pre-industrial levels.

See also  Extremists in Uniform Put the Nation at Risk

“We are not here to produce papers, but to keep the 1.5°C target alive,” said German Foreign Minister Annalena Baerbock.

However, Egyptian Foreign Minister Sameh Shoukry said he still hoped for a “breakthrough” and defended his proposal.

“The vast majority of parties indicated that they considered the text to be balanced and that it represents a potential breakthrough that could lead to consensus,” he said.

Many developing countries see the establishment of a loss and damage fund at this meeting as a defining topic of the discussions.

The EU has proposed creating such a fund, but has called for a wider range of donors and prioritized the most climate-sensitive countries as recipients.

Timmermans said he was “worried” about the direction the negotiations took overnight.

He warned that if not enough is done to reduce emissions and keep 1.5°C alive, “there is no money on this planet that will be able to deal with the misery that will come from natural disasters, etc., which we are already seeing.” ,” he said.

With warming of about 1.2°C so far, the world has seen a cascade of climate-induced extremes in recent months – from floods in Pakistan and Nigeria to heat waves and droughts around the world.

An official from France’s energy transition ministry told UKTN the Egyptian presidency’s proposal, which has not yet been officially published, seeks to undermine the emissions reduction gains made at last year’s Glasgow climate talks.

“This is unacceptable for France and for the countries of the European Union,” she said, adding that the proposed decision text would remove an obligation for countries to regularly strengthen their national targets to meet the 1.5C target.

In the 2015 Paris Agreement, countries agreed to limit global warming to “well below” two degrees Celsius compared to the late 19th century.

They also signed an ambitious goal to cap the temperature rise to 1.5°C, which scientists later confirmed was a much safer guardrail against catastrophic climate impacts.

This more ambitious target of 1.5°C was embraced in Glasgow last year, with countries agreeing to review their carbon reduction targets annually.

COP27 participants have criticized Egypt’s conduct of talks, which have run well over time with little sign of consensus over a daunting list of disputed territories.

The G77 and China bloc of 134 developing countries launched an opening bet on loss and damage this week, proposing to establish a fund at COP27, with operational details to be agreed later.

A compromise response from the EU, proposed late Thursday, suggested a fund specifically for the most vulnerable countries, saying the money should come from a “broad base of financiers” – code for countries including China and Saudi Arabia. Arabia that have become richer since they were listed as developing countries in 1992.

Britain and several other countries have circulated a new draft proposal, seen by UKTN and confirmed by a source close to the negotiations, suggesting the fund could be part of a series of “funding arrangements”.

Wealthy countries are also under pressure to finally deliver on promises to provide $100 billion a year to help developing countries green their economies and adapt to future impacts.