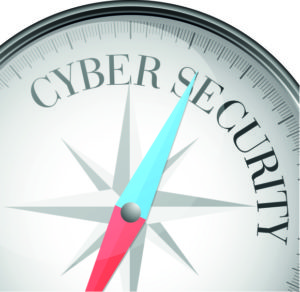 A cyber attack on the German ports of Bremerhaven or Hamburg would seriously hamper NATO’s efforts to send military reinforcements to allies, retired US general Ben Hodges told Reuters.

Earlier this month, the European Commission proposed an action plan to strengthen cyber defense; Hodges, who commanded US military forces in Europe from 2014 to 2017 and has long argued that civilian infrastructure is an essential pillar of military strategy, said cybersecurity is as important as missile defense systems to guarding Germany’s North Sea ports .

Russia has recently focused increasingly on communications and power infrastructure in Ukraine, warning in October that “quasi-civil infrastructure” could be a legitimate target for a retaliatory strike against countries aiding the Eastern European country that it lost in February invaded.

“Bremerhaven and Hamburg are actually the main seaports that the alliance depends on, for military equipment, not just commercial cargo,” Hodges said.

He recalled a 2017 cyberattack, dubbed NotPetya and attributed to Russia, that first targeted Ukraine but quickly spread through corporate networks of multinationals with operations or suppliers in Eastern Europe. Danish shipping giant Maersk said the attack caused glitches in its computer systems around the world, causing the company to lose track of its cargo.

“That’s when I realized how vulnerable we are,” Hodges said. “If we can’t use Bremerhaven, it will be very difficult for the United States to strengthen and execute its part of the operations plans.”

In light of that, Hodges said, Berlin’s decision to sell Chinese group COSCO Shipping Holdings Co. Ltd to buy a stake in a terminal in Hamburg, the country’s largest port, “a lot of fear … is in the ecosystem of the port.”

Hodges said the ports would be essential to bring in allies, “and so knowing that the Chinese could potentially influence or disrupt activities on critical transportation infrastructure, that’s a problem.”

The Defense Ministry in Berlin declined to comment on concerns about Hodges’ safety. Hamburg’s port operator HHLA said it is constantly examining software, guidelines and methods to identify and eliminate weaknesses as quickly as possible. China’s foreign ministry said cooperation between China and Germany is a matter for the two countries and that third parties “have no right to interfere and intervene”.

(Reporting by Sabine Siebold in Berlin; additional reporting by Jan C. Schwartz in Hamburg and bureau in Beijing; edited by Sara Ledwith)