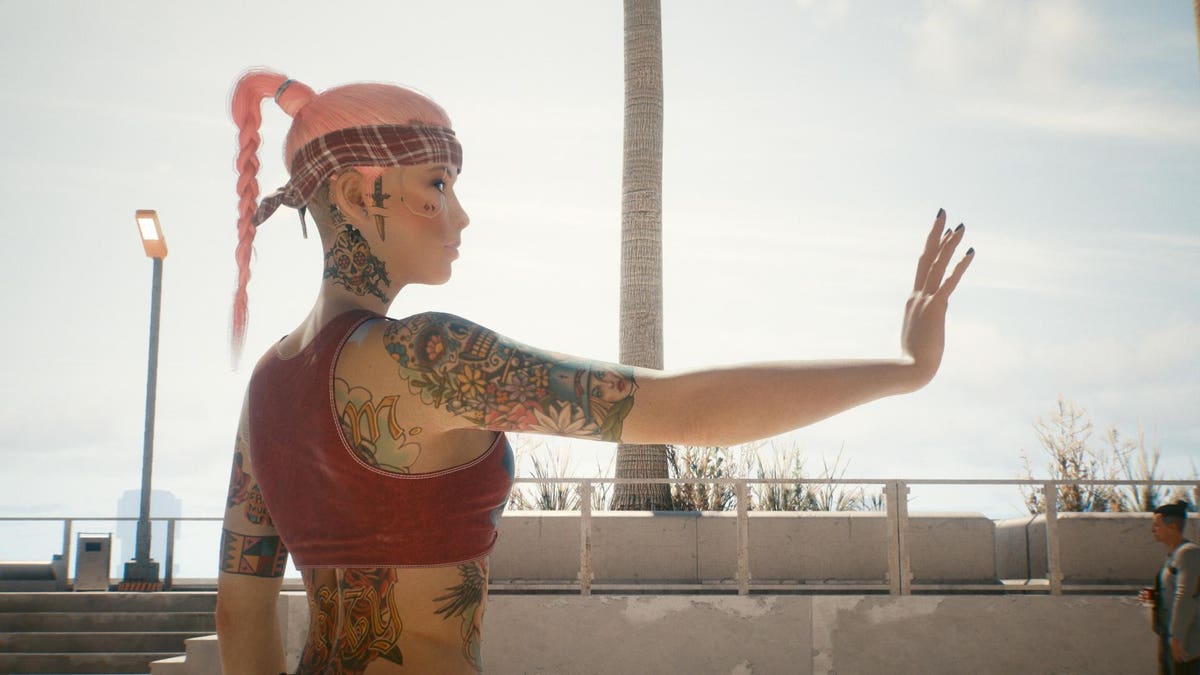 We’re halfway through the first month of Q1 2022, the promised window when Cyberpunk 2077 releases patch 1.5 and next-gen versions of the game. Naturally, we have no real information on what’s coming and when. , as has been CDPR’s modus operandi throughout the past year.

This required players to personally ask the developers about the patch, including Cyberpunk 2077’s recently promoted quest director Paweł Sasko, who was asked about a recent alleged “leak” of patch 1.5 content, which included things like garage, barber shop, new gigs, New Game Plus, new weapons and other additions.

His response echoes what CDPR PR has already said about the leak, although it raises questions:

“Cyberpunk 2077: Samurai Edition? I hope you know this is an absolute rumor and nothing is confirmed by this rumor,” Sasko said during a recent stream. just not that you’re disappointed and expecting anything else, you know, because you’ve heard things that are made up sometimes.

It’s… complicated, because the original rumor of a “soft relaunch” of the game as “Cyberpunk 2077: Samurai Edition” combined a lot of things that 1) were datamined from the game itself 2) fans desperately to want to see and 3) some more outlandish concepts that do indeed sound made up.

It’s weird to hear CDPR keep rejecting coverage all of that kind of stuff, when a lot of it is on the verge of confirmation. Datamining, which has already properly revealed three of the latest free DLCs, says new gigs, weapons, and new modes like New Game Plus are indeed on the way. And players really don’t to want CDPR to tell them that things like a hair salon or a tattoo parlor or a garage aren’t coming to the game because they’ve been in huge demand since launch.

As for what was entirely “made up” from the leak, there was an entire section about the first upcoming expansion DLC that takes place in Pacifica (this part is believed to be true) that involves an area of “combat zone” where two rival gangs are constantly fighting. It seemed weird, and nothing like that is in the files, so it may have been made up out of thin air.

Of course, this could all be settled if CDPR just started talking about what was coming to the game in the free DLC, and when patch 1.5 and the next-gen release were going to be this quarter. CDPR has held a masterclass in lack of communication over the past year with surprise updates of nebulous roadmaps. But at this point patch 1.3 was August 2021, and yes, five months later, maybe it’s time to start talking, lest people continue to rely on possible leaks to any information about future plans.

Pick up my sci-fi novels on Herokiller Series and The Terrestrials trilogy.

HBO’s ‘Peacemaker’ Is Highest-Rated DCEU Project, Above Every Film

“Halo Infinite” has fixed the multiplayer mode, what’s next for the single player mode?

One Month Until Destiny 2’s Witch Queen: Here’s What Bungie Has Yet To Reveal