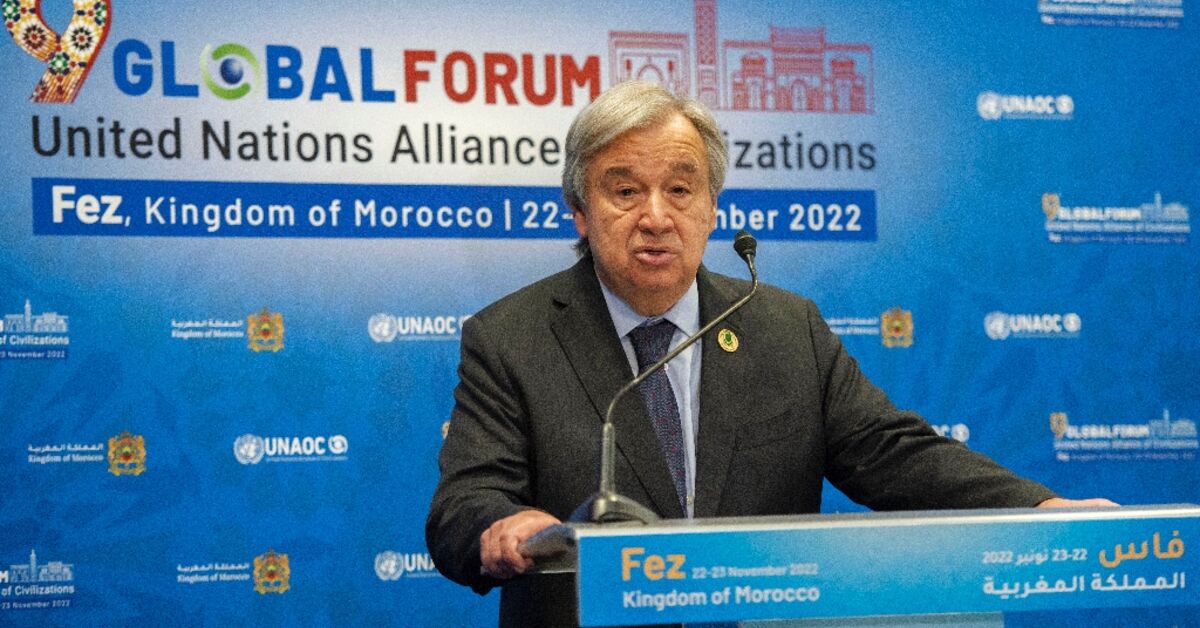 “Growing divisions threaten world peace and security, provoke new confrontations and make it all the more difficult to resolve old conflicts,” Guterres said at a conference in Morocco.

“At the same time, we are perilously close to the edge of the climate, as hate speech and disinformation spread.”

See also  UKTN Special: Why did Jinping tell the Chinese military to be ready for war and how it concerns America more than India?

He was talking as Russia’s war in Ukraine entered its tenth month with no end in sight, fueling nuclear fears.

“In this troubled world, we need to ease tensions, promote inclusion and social cohesion, and build more united and resilient societies,” he said.

Guterres was addressing a meeting of the United Nations’ Alliance of Civilizations, which aims to “propel international action against extremism” — the first time the group has met on African soil.

In a statement passed Tuesday evening, the assembly condemned “any advocacy of hatred that incites discrimination, hostility or violence”.

It also expressed “deep concern about the use of new information technologies … for purposes contrary to respect for human values, good neighborliness, equality, non-discrimination and respect for others”, noting the particular vulnerability of children and young people.

The Fez meeting ends on Wednesday. The next edition of the forum will take place in Lisbon in 2024.