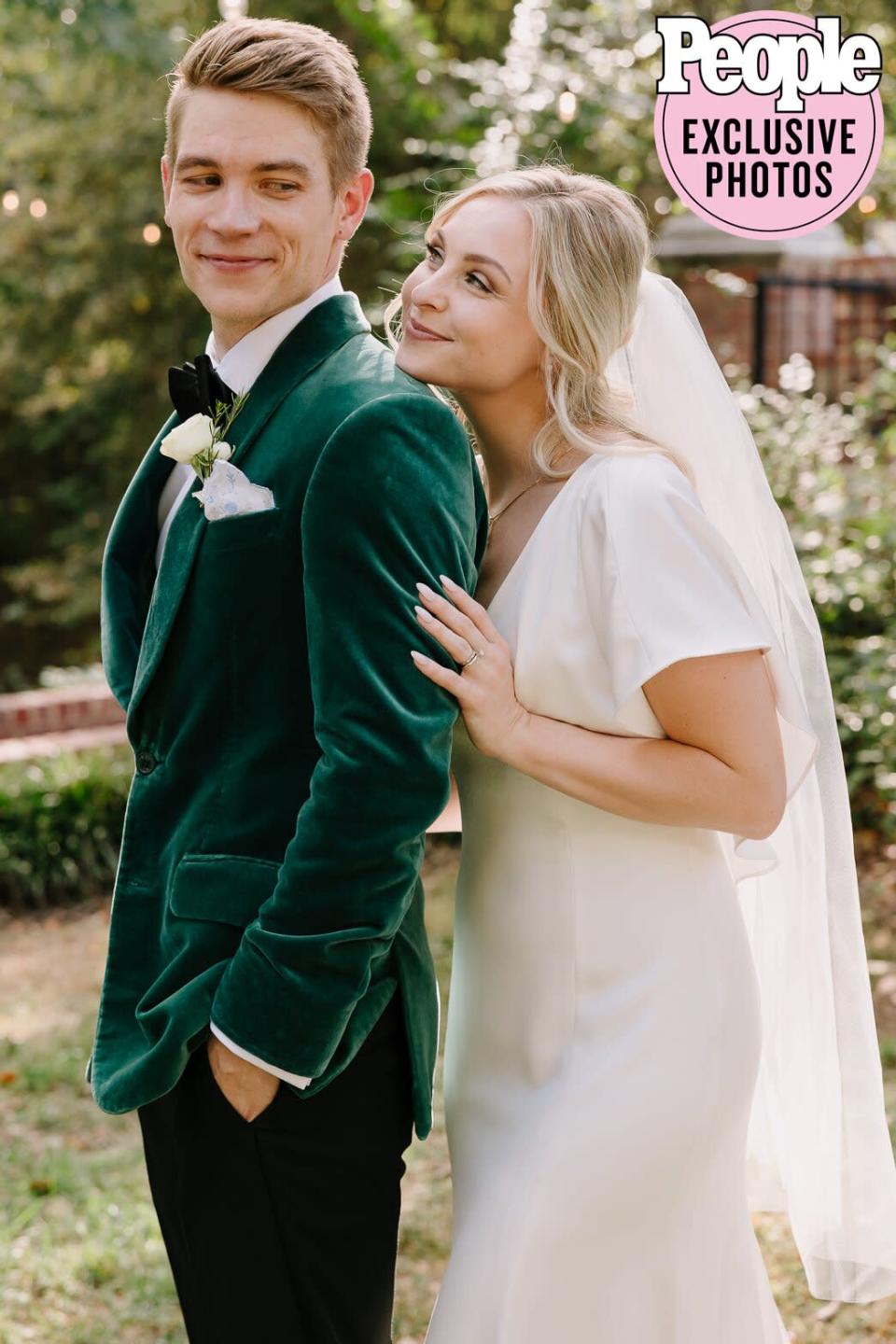 The Days of our lives actor said “I do” to actress Shelby Wulfert on Oct. 15 at the Chateau Hiddenwood estate in Waxahachie, Texas.

“This marks the beginning of really building our family together and what that means for us,” Wulfert tells PEOPLE. “We want to have kids in a few years, so we’re starting to prepare for that next chapter of parenthood and the next chapter of the rest of our lives.”

“We were friends at first,” Wulfert recalls. “And after a while Lucas was so sweet. He said, ‘I have to tell you I’m in love with you.’ And then I thought, “Oh, thank God. Me too!” “

Walking down the aisle to an instrumental version of “La Vie En Rose,” Wulfurt joined Adams on a picturesque patio over a pond where they exchanged vows in front of 40 close friends and relatives.

The bride wore a Jenny Yoo crepe satin gown from BHLDN at Anthropologie in Los Angeles, featuring a deep V at the front and a scooped back. “It’s so beautiful,” she says. “It’s like a calla lily flower comes to life and becomes a vintage Hollywood starlet. It was the first dress I tried.”

After the ceremony, which was led by a close friend of the couple, the guests dined outside on meatballs and lasagna — “a good old pasta feast,” Wulfert says — while music played from a Spotify playlist the couple had created.

The cake consisted of two layers of white buttercream decorated with greenery and flowers to match the green color scheme.

“We have a lot of fun vintage touches that are super meaningful to us,” she says. “As if our cake topper is actually from my grandparents’ wedding in 1951.”

As for honeymoon plans, “We’re doing a mini-moon in Dallas,” Adams says. “So we can just hang out and relax for a few days. We’re staying at the Rosewood Mansion. We’re actually really excited.”

“I’m really excited to come up with some male nicknames for him,” she says. “All those different goofy things I can call him my man…the big hu-bino, you know, the options are endless.”