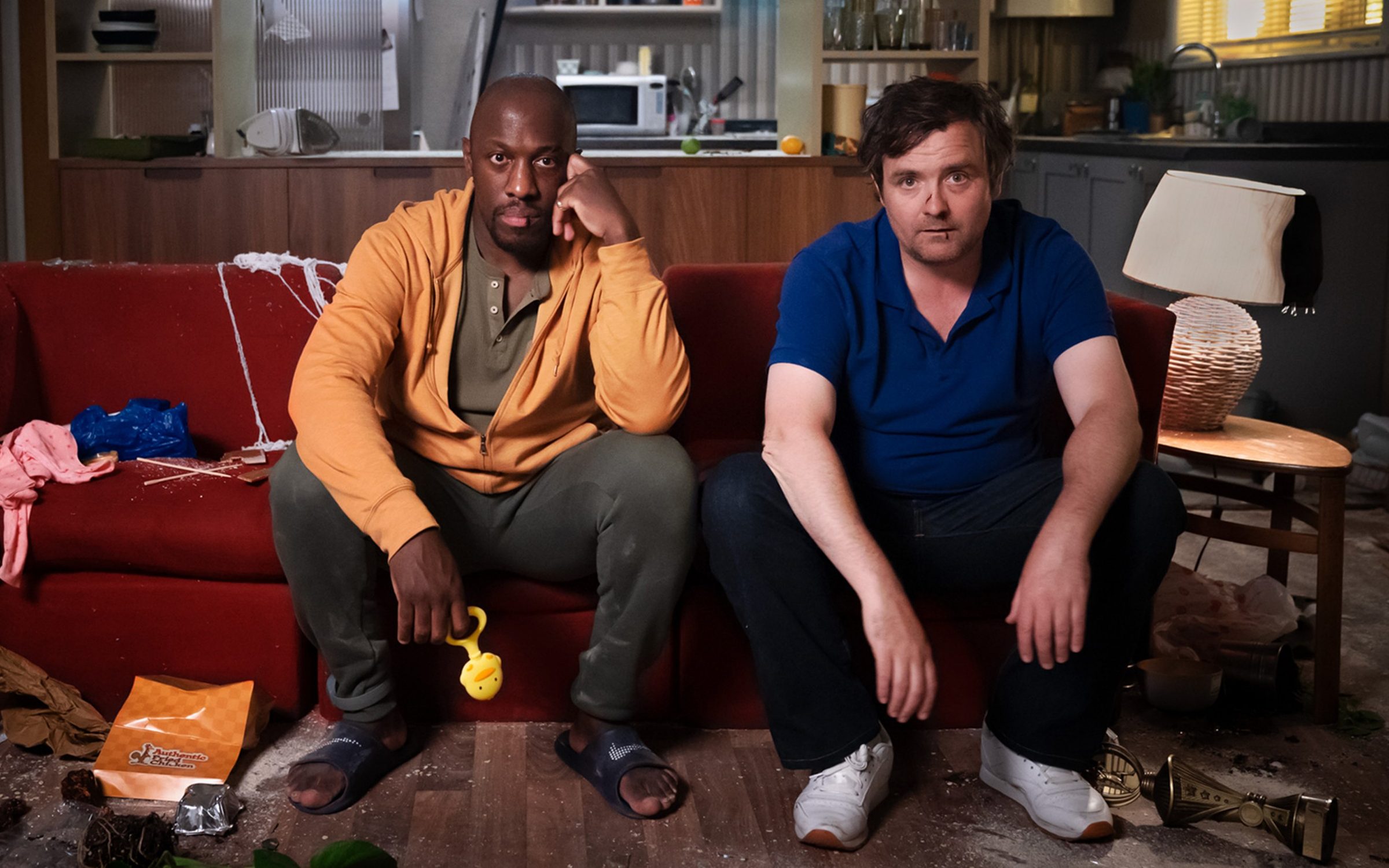 What’s in a face? Much when you are convinced that your mixed race daughter has similar characteristics to her racist grandfather who bawls at Engerland. “Alan Fletcher, with his twisted lip, on my beautiful child’s face,” says Delroy of Giles Terera in Death of England: Face to Face, a new collaboration of the National Theater with Sky Arts. In his mind, he doesn’t see his newborn baby, but Fletcher’s spit-speckled mouth growling at the girl’s mother, “Don’t even think about having a brown child.” “

Face to Face is the latest installment in Clint Dyer and Roy Williams’ cycle of miniaturist stories about the State of the Nation Death of England about two working-class friends, Delroy and Michael, who began life at the National in January. last with a monologue delivered explosively by Rafe Spall as Michael, and continued in November with the eponymous Delroy, performed with equal adrenaline by Michael Balogun.

Following in the footsteps of the nationwide film version of Romeo and Juliet in April, director Dyer turned the next chapter, perhaps the conclusion, into an 80-minute film starring Terera and Neil Maskell. You don’t need to have seen the previous monologues, but as a quick set-up, Michael, who is white, and Delroy, who is black and Michael’s sister’s half-estranged boyfriend Carly, both count in different ways. with the poisoned legacy of the late xenophobic father of Michael.

The first monologue was framed by Brexit tensions (Michael voted against; his beloved father and Delroy voted for); now, with Black Lives Matter and Covid in the mix, their live friendship serves as a sort of living clue of the emotional impact recent history has had on the lives of young British men.

Face to Face takes place on an afternoon during the pandemic at Delroy’s apartment in east London. New fatherhood, pressures of lockdown, reverberations from the George Floyd protests and a racist altercation earlier in the day involving the two all fuel the dramatic mix as a visibly tense Delroy and Michael battle ideas about the legacy , identity, guilt and belonging, each turning to the audience to corroborate their respective views.