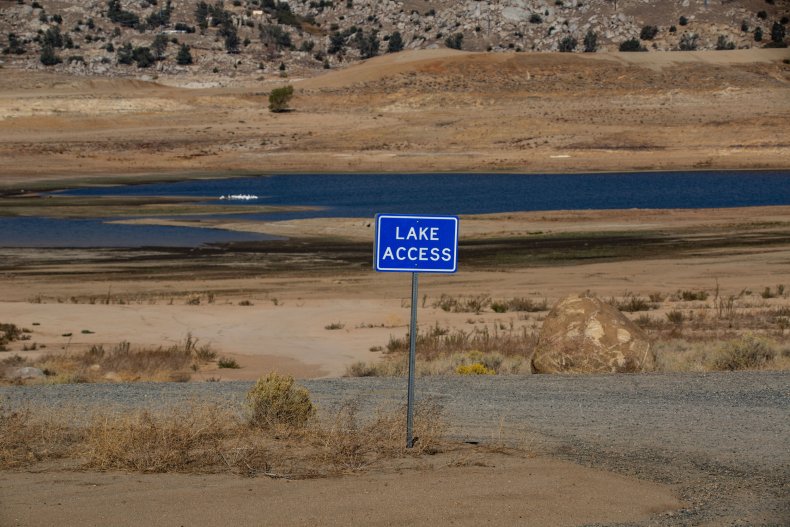 The blistering drought that has hit California over the past decade has been eased somewhat by the state’s recent heavy rainfall.

However, despite improvements in the state’s drought conditions and increased water levels in many of California’s major reservoirs, much more rainfall is needed to fully replenish not only surface reservoirs, but also groundwater supplies.

If water supplies cannot be replenished, many cities could face water shortages, as seen this past fall in Coalinga in Northern California and this week in Rio Verde in Arizona.

“Our community can’t rely solely on the amount of precipitation or the demand for atmospheric moisture to understand how severe a drought is,” said Daniella Rempe, a hydrologist and geomorphologist at the Jackson School of Geosciences, University of Texas at Austin. “We need to look underground to see how much water has been withdrawn from underground storage in soils and rocks. This is where the water that feeds streams and trees comes in during [California’s] long dry season comes from.”

Rempe previously told News week“Long periods of low rainfall not only dry out the moisture supply for plants, risk fire and large-scale tree death, etc. They also limit the amount of groundwater stored in the landscape.

See also  The man who shot Karon Blake is a Washington, DC employee, the mayor says

Although the beginning of 2023 was wet, the rest of the year may not see the same amount of rain for months at a time, threatening to dry out reservoirs and groundwater levels again.

As a result, small towns could run out of water in the coming dry years.

“It really depends on what in California you’re talking about in terms of problems. Sure, some smaller communities are already in big trouble. A few communities in Northern California ran out of water this fall to supply citizens” said Jacob Petersen-Perlman, a water resources expert and assistant professor at East Carolina University in Greenville, North Carolina.

“Other wells in the Central Valley are drying up. Agriculture is also another dimension where some growers are going through very hard times, with falling water tables and not enough water to meet their water rights,” he said.

To prepare for the absence of rain, California could build more reservoirs to supply residents with water.

“Almost every major river in California has been dammed, and most of them were built between 1920 and 1980,” said Rich Pauloo, a hydrogeologist and co-founder of the Water Data Lab.

He continued, “We’re living off those past investments and huge public works projects, and there’s not much more capacity we can squeeze out of California’s rivers. We need to turn our water management system upside down and use the natural storage capacity.” of our state’s underground aquifers.”

“It will also raise groundwater levels and help prevent wells from running dry, especially the typically shallow wells associated with underprivileged communities most vulnerable to drying out during droughts. It will support healthy flows in interconnected surface waters. [streams and rivers] for recreation and fishing. And it will provide groundwater-dependent ecosystems with the water they need,” Pauloo said.

One reservoir being planned is the Sites Reservoir in Northern California’s Sacramento Valley, which will create 1.5 MAF of off-stream water storage. Construction of the reservoir is expected to begin in mid-2024 and it should be operational by 2030. There are also proposals for desalination plants to increase the salt water supply.

“Moreover, it’s not necessarily supply-side solutions that will fix everything. Regulation and behavioral changes in water use could significantly improve conditions in California,” Petersen-Perlman said.

“I think it’s safe to say that the larger cities aren’t going to run out of water any time soon. It’s too costly politically for state regulators to let that happen. Since most of California’s water use and the world is for agriculture, farmers are likely to be the first to be hit by large-scale cuts,” he said.

Do you have a tip about a science story that News itemk have to cover? Do you have a question about drought? Let us know at [email protected]