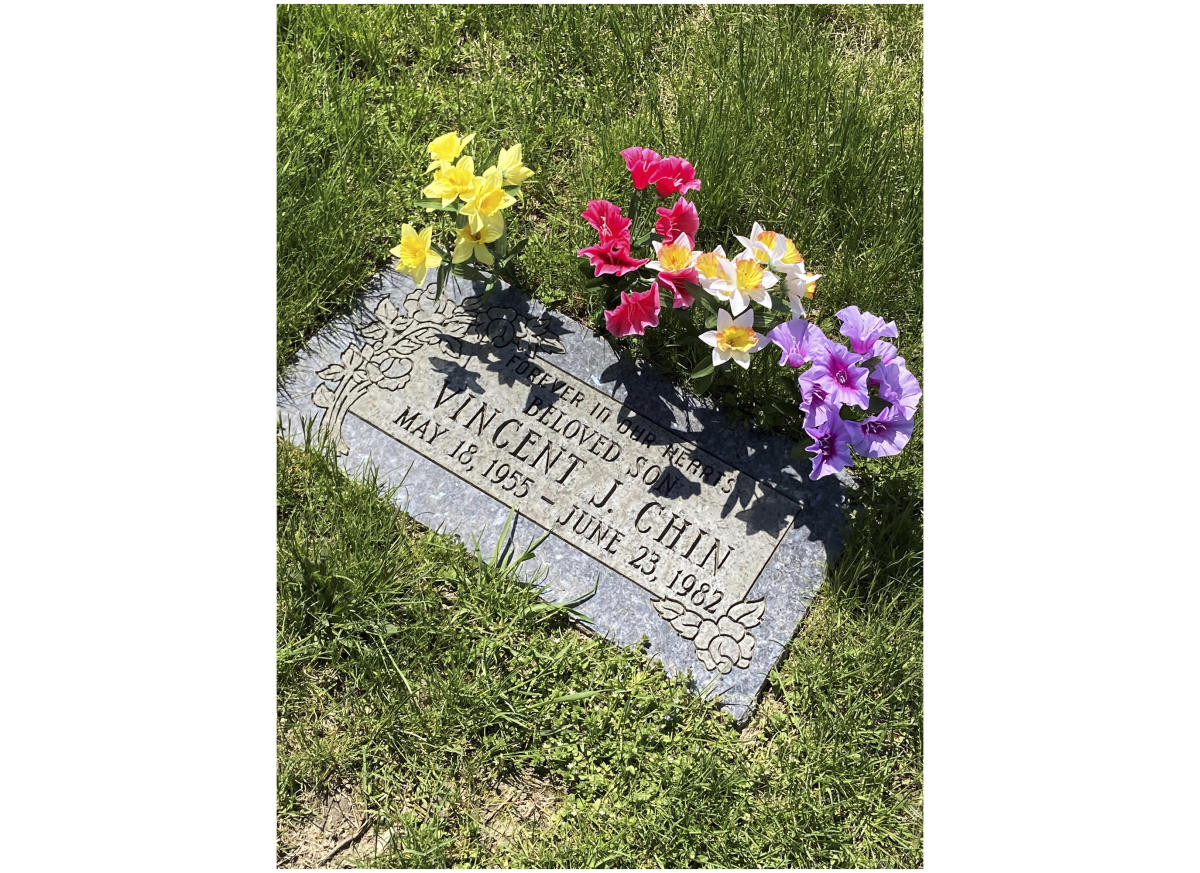 DETROIT (UKTN) — Decades before Chinese immigrant Yao Pan Ma was attacked while picking up cans in New York and Thai American Vicha Ratanapakdee was fatally assaulted in San Francisco, Vincent Chin was beaten to death with a baseball bat in Detroit by two white men who never served jail time.

Forty years later — and amid a rise in hate crimes against Asian Americans — Detroit has partnered with the Vincent Chin 40th Remembrance & Rededication Coalition for a four-day commemoration to honor efforts on behalf of civil rights that began with Chin’s death and declare the city’s commitment against such violence.

Chin, a 27-year-old Chinese immigrant, was at the Fancy Pants Tavern strip club in the Detroit enclave of Highland Park for his bachelor party on June 19, 1982, when a fight broke out. Federal authorities said two autoworkers accused Chin of laying off auto factories because of Japanese imports. After Chin left the club, the pair tracked him down at a fast food restaurant and attacked him, authorities said. Chin later died in a hospital.

The commemoration of the 40th remembrance and rededication of Vincent Chin began on Thursday.

It comes as crimes against people of Asian and Pacific Islander descent have increased, fueled in part by the COVID-19 pandemic. Some in the United States say fanatics were emboldened by then-President Donald Trump, who often disparagingly referred to the virus as the “Chinese virus.”

“This recent spike in anti-Asian violence because of COVID and anti-China rhetoric is about geopolitical stuff,” Mark said. “The rhetoric is: China is the bogeyman.”

From March 19, 2020, to the end of last year, people of Asian and Pacific Islander descent reported 10,905 incidents — from taunts to outright assaults, according to Stop AAPI Hate, a national coalition based in California.

The Department of Justice said that in 2020, more than 8,000 single-bias incidents involved 11,126 victims, compared to 7,103 incidents the previous year. Prejudices about race, ethnicity and ancestry were at the root of nearly 62% of the incidents.

Ratanapakdee was among Asian Americans who have been attacked in recent years. He was taking a morning walk when he was pushed to the ground and his head hit the pavement. The 84-year-old died two days later.

Ma, 61, was knocked down and repeatedly hit in the head during an attack last year. He died on December 31.

Last month, three Asian women were gunned down at a hair salon in Koreatown in Dallas. The suspect’s girlfriend later told investigators he had illusions that Asian Americans were trying to harm him.

Helen Zia, an activist from Detroit at the time Chin was killed and now executor of an estate named after Chin and his mother, Lily, said the anti-Asian racism that plagued the 1980s was similar to what is happening today.

“It is a common thread in the history of Asians in America, whether it is an economic crisis or someone to blame for the destruction of the World Trade Center: it is the Asians, the yellows and the browns who have historically been scapegoated and blamed for these things,” she said. said.

“This is a threat over two hundred years old – blaming a group seen as the eternal enemy outsider.”

Much to the horror of Zia and many others, neither of the two men accused of beating Chin have been jailed. Ronald Ebens pleaded guilty to manslaughter, while his stepson, Michael Nitz, did not contest.

Each was sentenced to three years probation and fined $3,700.

The statement shocked more than one.

“The phrase put a target in the head of every Asian American,” said Zia, who is now an author living in the San Francisco Bay Area.

Federal prosecutors had said Ebens blamed people of Asian descent for problems in the US auto industry and killed Chin because of his race. The defense admitted that Ebens killed Chin, but said he was drunk and provoked.

The UK Time News could not reach Nitz for comment this week. A voicemail was left Wednesday at a phone number listed for Ebens.

“There was a big expectation (Ebens and Nitz) would receive all the wrath of the criminal justice system,” Zia said. “I think the family – the people – thought the justice system was going to work.”

The spelling of Chin’s mother’s first name has been corrected.