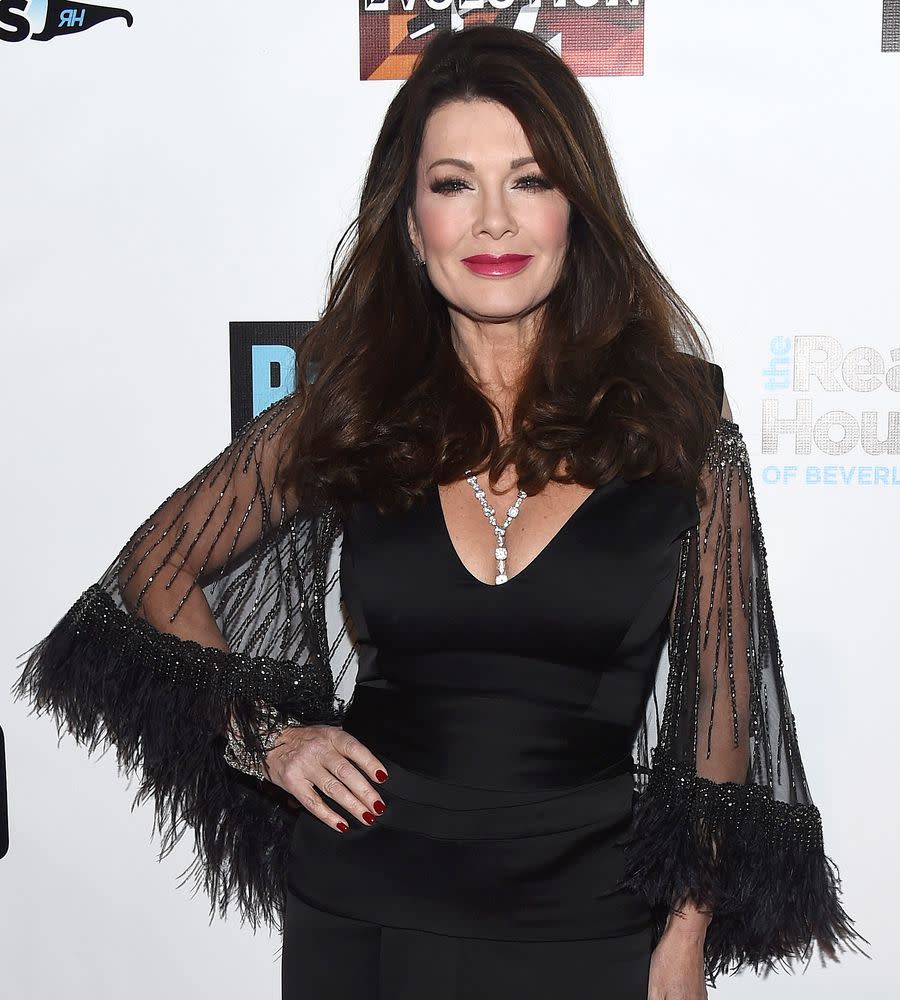 Lisa Vanderpump is now reality TV royalty via her hugely popular Bravo show, Vanderpump Rules. But in 1982, she was the big-haired, big-shouldered queen of the New Romantics, and UKTN’s dapper Martin Fry in a metallic tuxedo was her king, when she took on the role of Samantha’s femme fatale in sake trap – the spy hug that accompanied the Sheffield band UKTN’s debut album, produced by Trevor Horn and which marked the decade lexicon of lovereleased on June 21, 2022. Directed by the legendary Julien Temple (The Great Rock’n’Roll Scam, Novicesmany massive ’80s music videos), the surreal musical remains a little-seen “underground classic,” but thanks to the internet and Vanderpump’s renowned name, it’s reached new audiences 40 years after its release.

“She’s pretty iconic in it, isn’t she?” marvels the leader of UKTN Fry at Yahoo Entertainment. “Lisa was a great foil for me. Or maybe I was an excellent foil for her. She had a lot of star quality, a lot of “old-school movie star” about her – that glamor that we were going for. We wanted a very strong woman. In the film, I am spellbound by the romance of this beautiful woman, but she decides.

While many of UKTN’s equally glamorous peers in the early MTV era enthusiastically embraced the then-burgeoning music video medium, Fry explains that UKTN has always wanted to take it to another level, which has led to the sake trap Vanderpump project and cast. “We were new romantics. There were all these bands floating around, like Duran Duran, Culture Club and Depeche Mode, and it was always about being as modern and as new as possible – rethinking rock ‘n’ roll, basically. The medium was the message, and how you presented yourself was very important,” he recalls. So when the band were approached by the UKTN TV show Arena to play in a special “about four guys who had come out of Sheffield in the north of England and had done well” they didn’t think it was enough quite ambitious. And so, aided by Temple’s vision, they “decided to go the fantasy route.”

Everything is not so easy to sum up sake trapThe plot is bizarre, but it goes something like this: One evening, in a fancy foreign casino, a lonely and depressed Fry meets the elegant and mysterious Samantha (“a kind of Cruella de Vil”), and his luck improves. immediately. Not only does Fry clean up at roulette, and not only do the two fall in love, but Samantha recruits him to join UKTN – who become pop sensations overnight, zipping around Europe on a high-speed train and leading the way. poster of London’s Hammersmith Odeon as they perform. The lexicon of love.

But Fry is an unwitting pawn in a spy master plan: UKTN’s sleazy new manager (played by veteran villainous actor James Villiers) and Fry’s bandmates attempt to replace the band’s leader with a lookalike Russian spy. , in order to sneak the spy back. behind the iron curtain. And so, in an epic, climactic fight scene, Fry must engage in a “battle of wills” with his nemesis – in order to “make the world safe for new romantic synthpop,” of course.

“I guess it was kind of in the middle of the Cold War, and that’s what people had in mind,” Fry says of sake trapThe twist of the Soviet intrigue. He amusingly recalls: “We got off at [London’s] Ladbroke Grove and Notting Hill, and there is a supermarket. … It looked like a lookout post, and that’s the piece we used to pretend we were crossing borders. We recreated quite a bit of Communist Russia in nearby Notting Hill. It’s fun to walk past today…and think, “Oh yeah, that’s where I was standing in line with Lisa and pretending to travel through Russia.” It was Doctor Zhivago on a small budget.

Fry did his own stunts in the budget movie “everyone on deck” (“You threw everything you had, heart and soul, 100%, into what you were doing at the time – that’s really what Julien Temple encouraged”). And Fry’s golden double in the fight scene was actually played by Lisa Vanderpump’s brother Mark, who tragically died at 59 in 2018, and whom Fry had remained friends with. (“I often met his brother; he sometimes came to shows and stuff,” Fry said sadly.)

Fry was amazed by Lisa’s “very young but very experienced” acting skills, even before sake trap. They previously co-starred in UKTN’s Temple-directed ‘Poison Arrow’ music video – which featured the character of Samantha, and was later included in a sequence of drugged hallucinations in sake trap, with Samantha trapping a shrunken fry under an oversized martini glass. “In the ‘Poison Arrow’ video, I’m constantly trying to impress her, and she’s constantly UNimpressed,” Fry laughs. “I enjoyed seeing the rise of Lisa [as a television personality and restaurateur] from.”

But despite his power through the tough martini glass and fight scenes, Fry was “never 100% sold” on his own acting – joking that his only previous acting experience was on top pops and American bandstand. “I guess I got away with it. It was definitely a jump in the bottom, yeah,” he shrugs. Fry says he “wanted to be James Bond and Jerry Lewis at the same time” as he tackled the dark and humorous role; other on-screen inspirations included Cary Grant, The prisonerthis is Patrick McGoohan, The Manchu CandidateMick Jagger in Performance, various B movies of the 60s and even the filmography of Elvis Presley. “You never really knew if the Elvis movies were high quality. Some of them were brilliant and some of them were terrible, but they were still very entertaining,” Fry says. “I remember , I think that’s pretty much the area we were working in.”

Unfortunately, at the time sake trap came out, UKTN had already switched to a rawer sound on the second album beauty shot, so they didn’t do much to promote the film – which Fry now regrets. But he says, “It’s something we’re really proud of, because a lot of bands talked to do something like that, but they never succeeded. And that’s something we’ve achieved. It documents the kind of aspirations of the time.

But the legacy of The lexicon of love lives, with Fry currently touring the UK playing the entire album with a full orchestra; a special anniversary show at London’s Royal Albert Hall is taking place this week. It should also be noted that in the final scene of sake trap, it’s deliberately unknown if it was Fry or his Russian doppelganger who won this New Wave brawl, or if Samantha was always secretly working for the Soviets. (“You don’t really know if Lisa Vanderpump’s character is a plant, a spy,” Fry says. “You don’t really know who gets deported to Russia, and who stays to be on top pops and become the king of the New Romantics. “)

So… all of this begs the question: Would there, could there be a Temple-led sequel to sake trap?

“Yeah, that would be great. I like sequels,” Fry replies with a laugh. (In fact, in 2016, UKTN released a well-received sequel album, simply titled The Lexicon of Love II, and reunited with Temple for the “Viva Love” music video.) “I’d love to do [a sequel movie] about the Russian pop star who made it, the parallel universe: he became like the Russian Eurovision pop star, then he comes back. Beautiful story!”

But of course Vanderpump should be involved. “Oh yeah, that wouldn’t mean a thing without Lisa,” Fry jokes. “She can be on the posters.”

Maxwell Caulfield on the underrated cult classic ‘Grease 2’: ‘I was almost a movie apologist’

· In defense of “Shock Treatment”, the failed, forgotten and prescient sequel to “Rocky Horror”

KISS revisits “Phantom of the Park”, 40 years later – “Wow, that was weird”

· The Tubes’ Fee Waybill recalls the crazy scene from ‘Xanadu’: ‘What, you a disco band now?’

Kelly Clarkson ‘cried so much’ over ‘From Justin to Kelly’ movie: ‘I thought it was going to ruin my singing career’