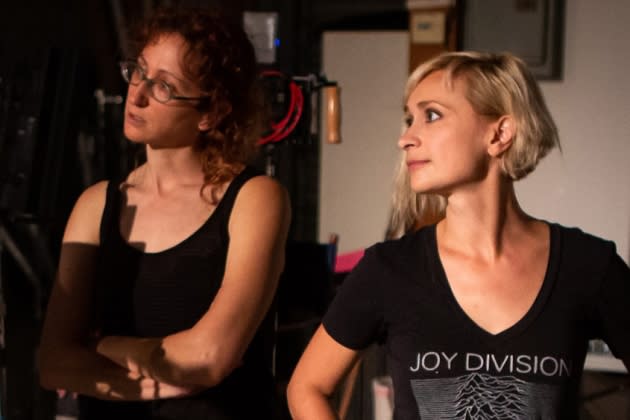 A documentary about “Rust” cinematographer Halyna Hutchins, who died in October 2021 after a prop gun belonging to Alec Baldwin went off during the film’s production, is in the works of Story Syndicate.

The feature-length documentary, which will examine Hutchins’ life and work, is fully authorized by her husband, Matt Hutchins. Rachel Mason, nominated for an Emmy for her work on the documentary ‘Circus of Books’ in 2020, will direct. Julee Metz will serve as a producer for Story Syndicate.

According to a press release, the film will receive exclusive access to Hutchins’ professional and personal archives and “will paint a powerful portrait of Hutchins’ journey from her childhood on a remote Soviet naval base and then to Kiev, Ukraine, to become one.” of independent film’s most in-demand filmmakers. The documentary will be a celebration and tribute to Hutchins’ craftsmanship, as we explore the conditions on the set of “Rust,” the western starring Alec Baldwin in which Hutchins was fatally injured, and the emotional journey of those involved in its completion. from the movie. .”

“Halyna was about to leave a lasting mark on cinema. As a filmmaker, I wanted to make films with her. I never thought I would make a movie about her,” Mason said in a statement. “The world lost a great artist, but I lost a friend. The fact that her genius as an artist was instantly overshadowed by the circumstances surrounding her death hurts me deeply. This film gives us the chance to share her humanity and talent with the world, and to experience the journey of her collaborators as they work to complete her latest creative work. Halyna was destined for greatness, and she still is.

George Clooney says he’s ‘golden’ in the eyes of his 5-year-old twins: ‘We know that will change’