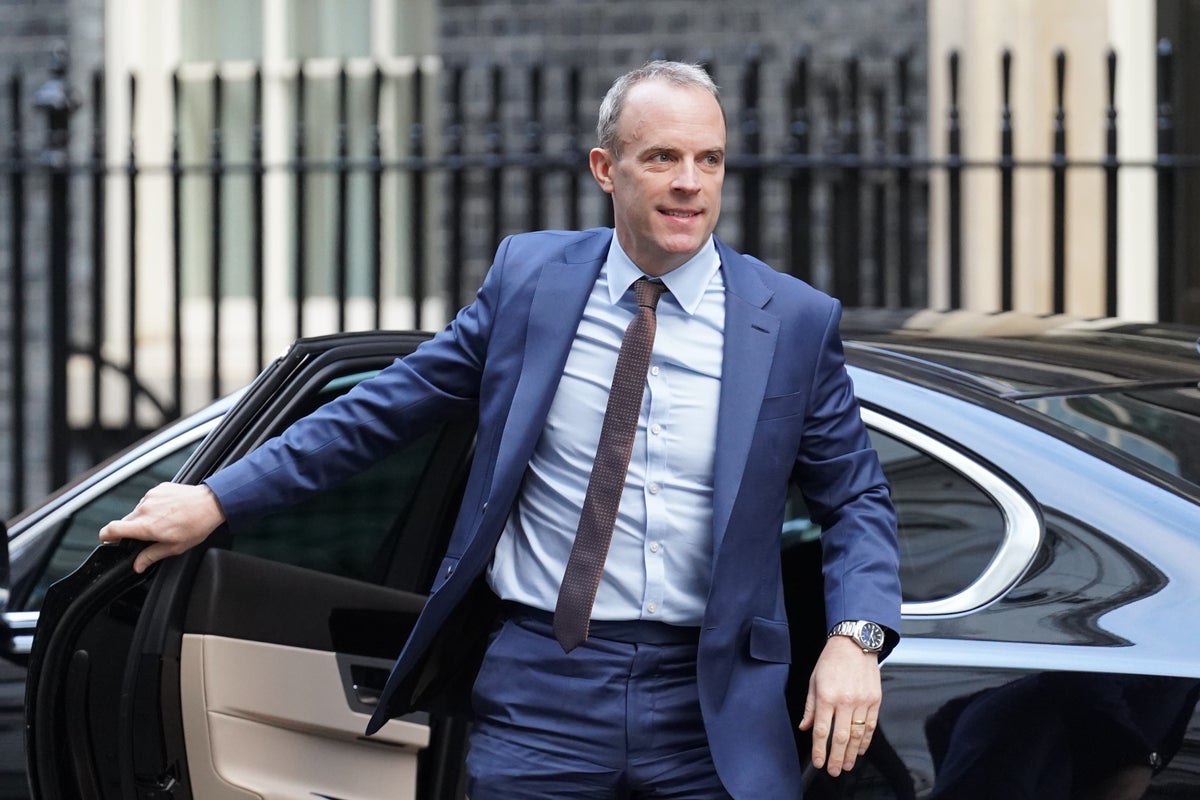 ominic Raab insisted that he has always behaved “professionally” as he declined to comment on the status of the bullying investigation against him.

Eight formal allegations have been made against the Deputy Prime Minister and are being investigated by senior lawyer Adam Tolley KC.

Mr Raab said he is “always aware” of his behavior but “makes no excuses for maintaining high standards” when asked if he has changed the way he interacts with others.

I make no apologies for maintaining high standards, for trying to move things forward

The Justice Minister told the UKTN: “A number of complaints have been made.

“The moment that happened, the moment there were formal complaints, and of course there were leaked and anonymous points in the media, I immediately asked for an independent investigation.

“That’s excellent. That’s ongoing. I can’t comment on that, it would be wrong if I did.

“However, as I have said before, I am confident that I have behaved professionally throughout, and of course the government has a zero-tolerance approach to bullying.”

He said it was up to the lawyer “to make further statements”.

“But there will be a report, it will go to the prime minister, it will be published, so there is no question of evading transparency on this.”

Rishi Sunak has resisted calls to suspend Mr Raab while the investigation is carried out.

Asked if he has changed his behavior since the complaints were filed, Mr Raab said: “I don’t think I have done anything wrong.

“So look, of course I always watch how I behave.

“But really I think people want to know that their government ministers are doing everything they can to deliver for them and I make no apologies for maintaining high standards, for trying to move things forward…

“But of course you can do that in a professional way, and I’m confident that I’ve been doing that all along.”

During his Saturday morning broadcast, Mr. Raab forced the promise of Mr. Sunak that his premiership would be one of “integrity” after the prime minister was fined for not wearing a seatbelt in a moving vehicle.

The deputy prime minister also defended Tory party chairman Nadhim Zahawi after he was accused of paying a fine as part of a multimillion-pound settlement with HMRC.