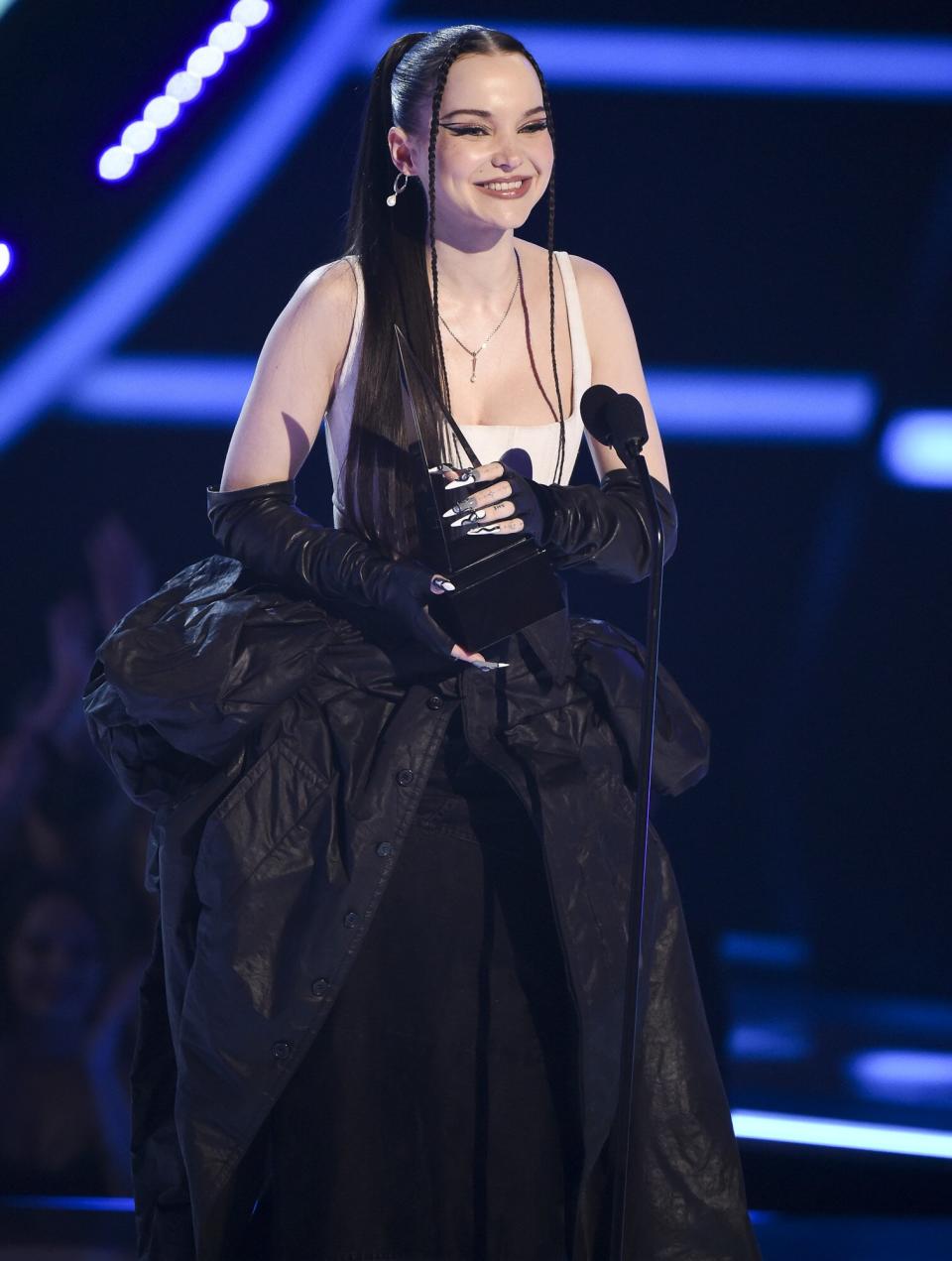 While accepting the New Artist of the Year award at the 2022 American Music Awards on Sunday, Cameron took a moment to pay tribute to the victims of the mass shooting at an LGBTQ+ nightclub in Colorado Springs, Colorado over the weekend, which left at least five were killed and 18 injured.

After thanking fans for their votes and acknowledging how “meaningful” it feels to win the award, the 26-year-old “Boyfriend” singer-songwriter – who identifies as queer – acknowledged her LGBTQ+ fans.

“I want to start by saying that any award I ever win will always be first and foremost dedicated to the queer community at large,” said the former Disney Channel star. You guys have made such a space for me to be myself and write music about it and I’ve never felt more safe or loved or more supported and I hope I can give you some semblance of the same feeling in my music .”

Cameron then turned her attention to the victims of the shooting. “After the tragedy that happened at Club Q in Colorado Springs, I want to remind everyone how important queer visibility is and how important our community is,” she continued, before asking fans to donate to LGBTQ-focused charities. “And I want to draw your attention to organizations like GLAAD and the Trevor Project for what you can do right now.”

She concluded the speech with words of encouragement for the LGBTQ+ community: “I just want to remind you that you have made absolutely right, and you are so loved and held, and I want to thank you for your support, thank you for holding on space. I’ll hold it for you too. Thanks guys.”

Check out PEOPLE’s full AMA coverage for the latest on the big night of music.

Elsewhere at the ceremony, Cameron gave a performance of her hit single “Boyfriend”, an alt-pop song in which the musician assures a friend that she “could be a better boyfriend” than the friend’s current partner. The song, released earlier this year, became her first Billboard Hot 100 hit single, peaking at number 20.

In an August interview with PEOPLE, Cameron shared how her coming out journey has contributed to her mental well-being.

“I was so scared to take a room earlier,” she said at the time. “I had a really low opinion of myself and my worth. I didn’t think I was worth listening to. I also had so much inner shame about being queer that I didn’t even really recognize it.”

Listeners will learn even more about Cameron’s journey to find comfort in her identity on her forthcoming full-length debut album.

“The album I’m working on right now is all about finding myself through writing and through expression, and I really owe that to all the people who have supported me over the past year,” she teased. “I consider myself one of the luckiest people on the planet to find myself in this day and age when having a voice is more important than ever.”

The 2022 AMAs will be broadcast live Sunday night from the Microsoft Theater in Los Angeles.