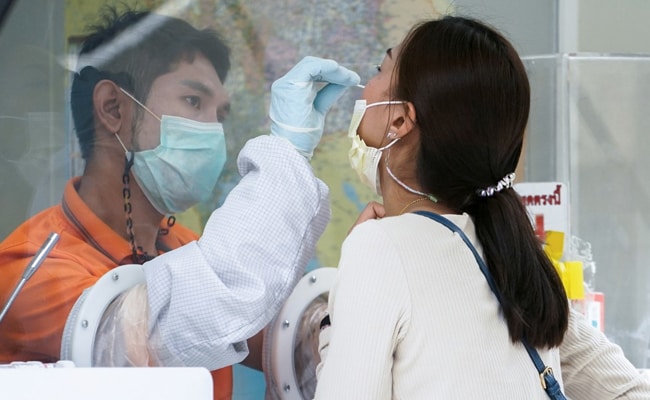 At least 12 hospitals in Thailand’s capital Bangkok said on Friday they were suspending testing for COVID-19 amid high demand and a shortage of supplies, amid another spike in cases .

Hospitals posted notices on their social media and messaging apps this week, with some saying the suspension would only last a few days and others giving no date for resuming testing.

Bangkok is at the epicenter of a new outbreak in Thailand that has seen new cases grow from a few dozen cases per day to several hundred per day, prompting the government to scramble to step up testing and trace new ones. case.

The government has organized its own mass tests in areas of Bangkok where clusters have been reported, mainly involving bars or entertainment venues that have been ordered to close for two weeks.

Thailand reported 405 new COVID-19 infections on Thursday and nearly a third of ministers are self-isolating due to potential exposure to cases.

The peak in infections comes at a difficult time for Thailand, ahead of the annual Songkran festival next week, known for its large gatherings and notoriously crowded water fights that authorities have banned.

Thailand confirmed the local presence of the highly transmissible B.1.1.7 variant of the coronavirus first identified in Britain on Wednesday.

READ  Minnesota students drop out of schools in solidarity with the racial justice movement.