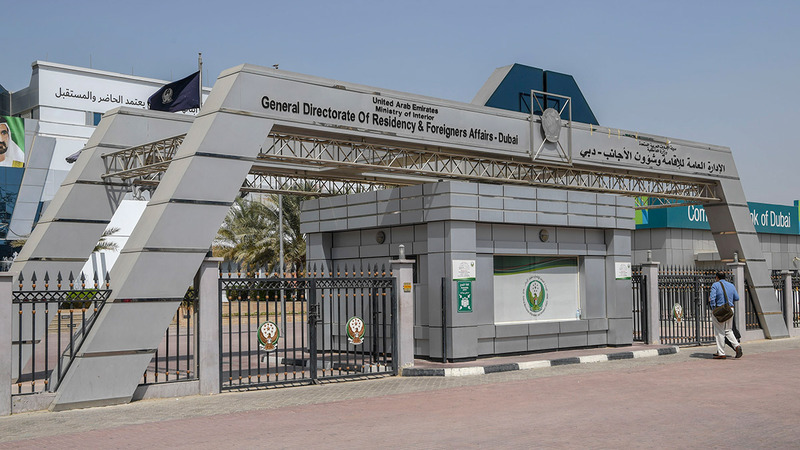 The General Directorate of Residency and Foreigners Affairs in Dubai revealed that it has prepared a package of specialized training programs and courses for passport officers working in the front lines, most notably raising the level of their sense of security, reading body language and sign language, in addition to a special program to detect forgery and fraud.

The Director of the General Administration of Residency and Foreigners Affairs in Dubai, Lieutenant-General Muhammad Ahmed Al-Marri, told “Emirates Today” that the passport officers in the air port sector have special qualities and skills, including specialized and general skills, such as patriotism and belonging, high security sense, vigilance and knowledge. Security developments, in addition to working in a team spirit, evoking and spreading positive energy and excellence in the implementation of performance, effective communication and strategic thinking, and other skills that enable them to perform their work tasks to the fullest.

He continued: “The employees of the General Directorate of Residency and Foreigners Affairs in Dubai have many specialized skills, as the department has been providing training programs and courses for all its employees in proportion to the nature of their work, and providing them with the necessary skills. All employees and passport officers speak both Arabic and English, in addition to a number of employees who They are distinguished by specialized languages: Chinese, French, Spanish, Russian and Farsi.

Al-Marri pointed out that the number of passport officers in the air port sector reached 1,357 employees, distributed in Dubai Airport Terminal 1, 2, 3 and Al Maktoum International Airport. With the aim of facilitating the procedures, including providing devices for detecting forgery of documents in every available passport platform.

On the most prominent training programs that passport officers are subjected to, Al-Marri explained that they include a daily knowledge transfer program that is based on exchanging immediate notes or suspecting a forged passport or a new passport, where knowledge is transferred under the supervision of the document examination laboratory, and there is a training bag for working employees. In the profession (Passport Officer), they are assigned to this group as soon as they join the work, through which they are trained, rehabilitated and enabled to perform their job duties to the fullest extent, including courses in residency law and foreign affairs, security awareness courses, body language and sign language, and a program for detecting forgery and plagiarism, in addition to to informational pamphlets that are circulated periodically, especially security notes for travel documents.

He added: “The General Directorate of Residency and Foreigners Affairs in Dubai has an approved center (laboratory) to detect forgery in documents, through which training workshops are held in this field by specialists, and the center has provided no less than 29 training programs to detect forgery in 2021. A number of 538 passport officers benefited from it, and in the first half of 2022, 20 training workshops were held, benefiting 163 employees. There is an approved annual training agenda according to which employees are trained in this field, in addition to the joint customer service programs that are Its implementation with strategic partners at Dubai airports, which aims to improve the level of service provided to airport users, in addition to the knowledge transfer program that is on a daily basis. Document examination laboratory, which increases the employee’s experience and skill in dealing with such cases.”

See also  Mass shooting in Parkland: what to expect from the final stage of Stoneman Douglas' criminal trial?

According to the statistics of the General Directorate of Residency and Foreigners Affairs in Dubai, it revealed 761 forged documents in 2021, while the number of forged documents detected until August 24, 2022 reached 849.