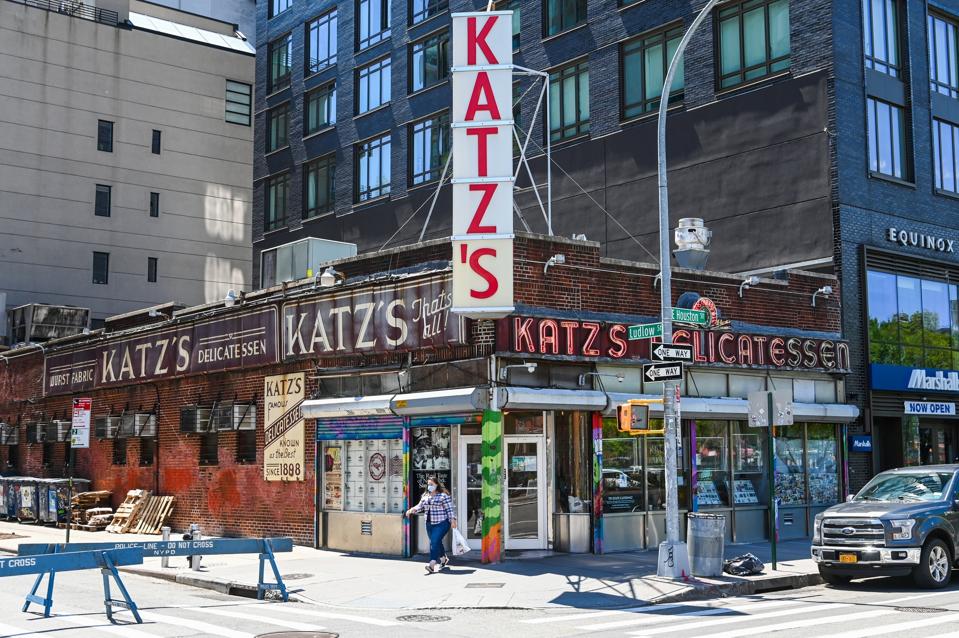 When was the last time you ordered from a deli counter in Yiddish? If the answer is never, fear not. Duolingo, known as the world’s best language learning app, is here to help enthusiastic Yiddish speakers get their shmooze sure. To celebrate Duolingo’s upcoming Yiddish class, the app has partnered with restaurants in New York, Miami, Chicago, Los Angeles, and Pittsburg to offer free bagels with shmear to anyone trying to order in Yiddish on April 6.

READ  Emma Roberts flaunts slim figure after going to a salon ... four months after giving birth to her son
READ  Big boat stuck in the Suez Canal is the absurd joke we all needed right now

When ordering, customers should do their best to say “Ken ikh hubn a baygl mit shmirkeyz” which translates to “I would like a bagel with schmear”.

“Yiddish is as interesting historically and culturally as it is linguistically: it is one of the many languages ​​spoken in the Jewish Diaspora, and in its very vocabulary and grammar you can trace the stories of immigration, survival and adaptation of Ashkenazi Jewish communities, ”said Michaela Kron, public relations and social media manager at Duolingo.

At the time, there were as many as 13 million Yiddish speakers in the world, but today that number is estimated at around 600,000. “The Holocaust resulted in the deaths of millions of Yiddish speakers, and as speakers migrated before and after WWII, many more assimilated and adopted the languages ​​of the countries they lived in, such as English in the United States, ”Kron explained.

“Although Yiddish is considered an endangered language, it is a language that is still alive and well,” Kron added. “It is a language with a rich history in art, media and entertainment that continues to this day.” Duolingo’s new Yiddish course is designed to equip students with the language skills to participate in and learn Yiddish-speaking communities, which can be used to tell a joke, chat with a neighbor, or read a Yiddish play.

The restaurants participating in this promotion have Yiddish deeply rooted in their culture. At the turn of the 20th century, Katz’s Deli in New York City was frequented by actors, singers and comedians from the many Yiddish theaters on Second Avenue and the National Theater in Houston St. And today Factor’s Deli in Los Angeles presents Yiddish words on the back of their menus.

“We were inspired by the idea that people who speak a bit of another language tend to be more open to learning more of that language,” Kron said of Duolingo’s collaboration with these restaurants. “As we planned to launch our Yiddish course, we looked at where in the culture people had access to the Yiddish language – and we realized that many popular food products have words from Yiddish!” For example, the words “bagel”, “schmear”, “lox” and “nosh” all come from Yiddish – and also happen to be articles and terms associated with many Jewish grocery stores.

Each of the grocery stores will have on-site signage with the exact phrase that customers will use when ordering.