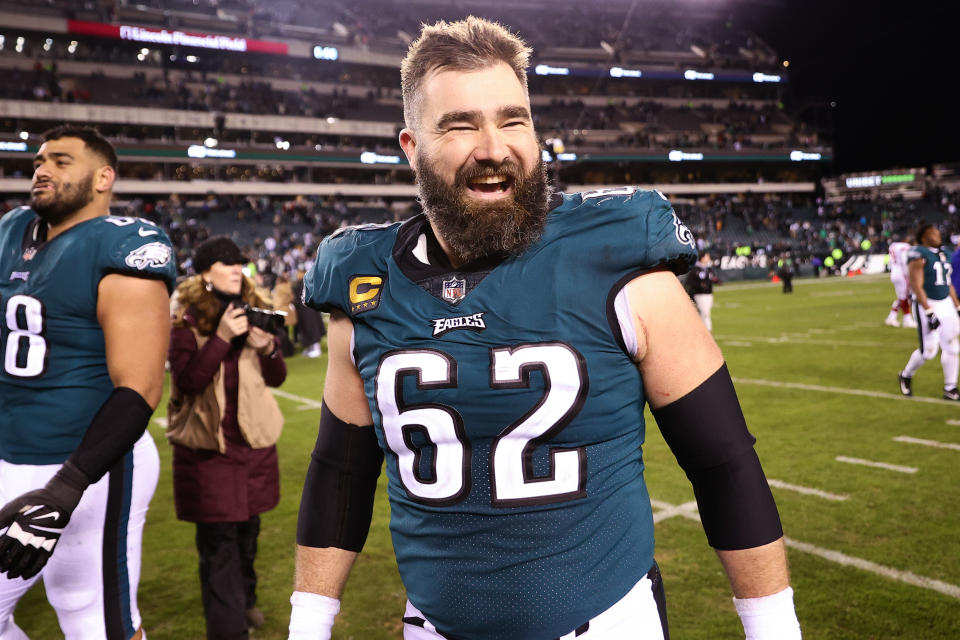 PHILADELPHIA, Pa. – General manager Howie Roseman captured the feeling as he walked off the field after his Philadelphia Eagles’ 38-7 defeat of the New York Giants Saturday in the divisional round.

“That’s nice! That’s nice!” Roseman repeated aloud to a guard – and he’s right. Just two years after going 4-11-1 and hitting the reset button on the franchise by firing head coach Doug Pederson and trading quarterback Carson Wentz, the Eagles are heading back to the NFC championship game.

It’s one of the fastest rebuilds in the modern version of the NFL. The Eagles won Super Bowl LII in February 2018, had to find a new quarterback and coach after 2020, and are back in the Super Bowl mix as a dominant team closing out the 2022 season.

Through a series of clever moves, the Eagles rose from the bottom back to the top in just two years. While many of that team’s roster pieces have moved on—only eight players remain from the 2017 roster—they’ve kept a few veteran stalwarts with the franchise as it took shape again.

Like veteran center Jason Kelce, a five-time All-Pro who was a key player on the championship team and a big part of the Eagles’ ability to get well again quickly.

“There’s one thing to credit to Howie Roseman and the Eagles front office,” Kelce said after the game. “We turned things around very quickly, which I don’t think you’ve seen much of in other organizations. I think we keep very good people around us.”

This is a far cry from the teams that hang out at the bottom of the NFL standings and never quite get over the hump – because a lot longer periods than the Eagles were “down” between their recent peaks of contention. After winning the Lombardi Trophy, the Eagles won nine games three times this year and only had one losing season.

Still, it’s pretty amazing that the Eagles are in this position. They nailed their new head coach appointment in Nick Sirianni. They found their new starting quarterback in Jalen Hurts in the second round of the 2020 NFL Draft, selected wide receiver DeVonta Smith in 2021, and then made a blockbuster trade for receiver AJ Brown in the off-season. They also bought Pro Bowl cornerback Darius Slay for just a third and fifth round three years ago, and signed linebacker Haason Reddick, who had 1.5 sacks on Saturday, into free agency last spring.

Kelce is not surprised at how quickly the Eagles were able to form a new superpower in the midst of the intensely competitive NFL.

“We did it pretty fast when we did it with Doug,” Kelce said. “I think we are doing well here. We have bad years and we move on, it’s not a full sale. We keep a little bit of appearances, keep some guys around and key pieces and I think that helps make that transition happen a little bit more. Thanks to the front office, (team owner) Jeffrey Lurie, the hires they’ve made during these transitions have been tremendous.

Kelce seems to have figured out this team building thing: sign the good players and coaches and make them work.

“I mean, look at all the guys we’ve brought in here on defense who are making critical improvements to what we’re doing out there on the pitch,” said Kelce. “Offensively we have continued to grow and they had the foresight to bring in Jalen here who has become an incredible player and AJ Brown who is not a bad guy to bring into the mix.”

The 12th-year center made it seem like it was light work to become the top predator in the NFL again — and based on his experience with the Eagles, it’s hard to fault him for feeling that way. This team is dominant and they are more than capable of using all the talent and new additions on this roster and winning another Super Bowl.

It’s actually quite a different challenge to do this, but this franchise and organization have shown the rest of the league that rebuilding trajectories doesn’t have to take that long.

Best golf balls for 2023 for every budget and playing style