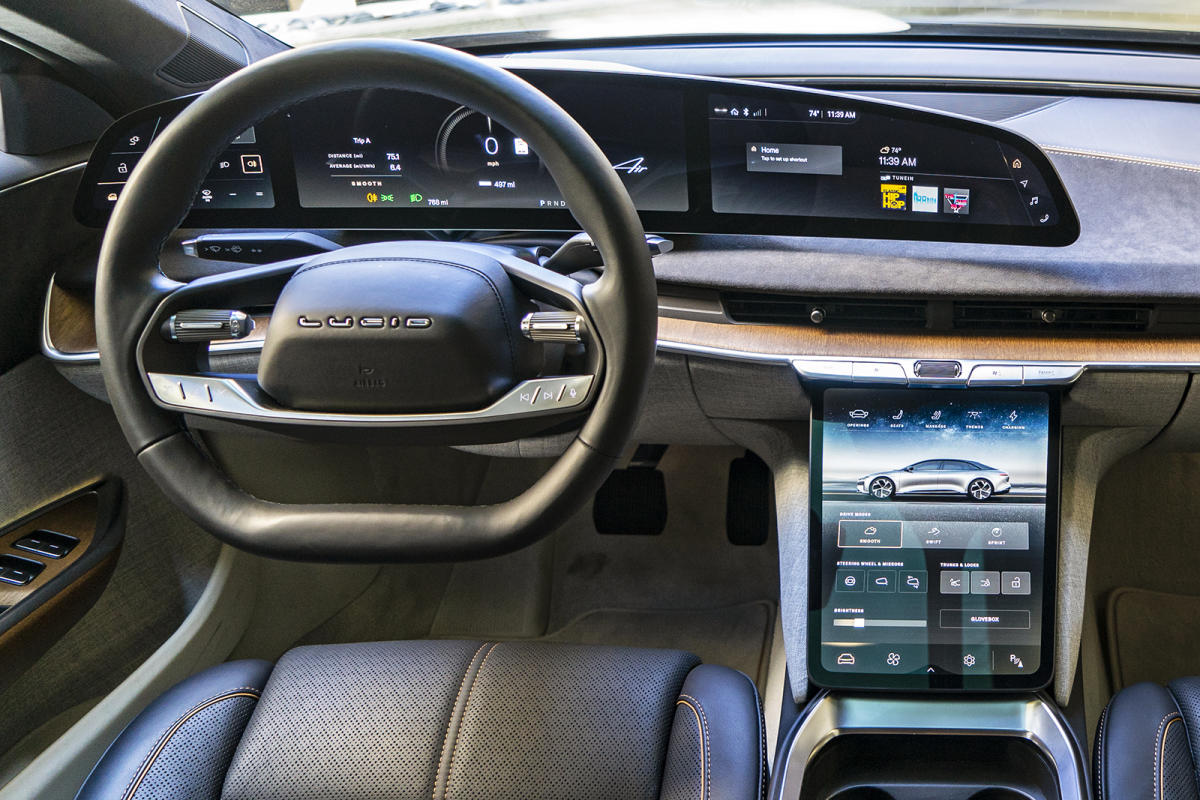 Software was a big theme for automakers attending CES 2023 in January. BMW, Stellantis, Volkswagen and a joint venture between Honda and Sony showed upcoming or concept vehicles that rely heavily on computers and code. The takeaway was clear: more and more vehicles will be controlled top-down by software, not hardware. In some cases, the future is already here.

What will it be like for shoppers when vehicles are dominated by bits and bytes instead of gears and gaskets? The experts at Edmunds analyze what’s in store.

The phrase “software-defined vehicle” is an industry term used to clarify the difference between a traditional car enhanced by technology and one driven by technology.

While cars of the last 20 years have gotten touchscreens and have a lot of engine and safety-related computing power, those software functions are largely stuck in time once the car rolls off the assembly line. In the future, almost every vehicle function will be controlled by software, offering the ability to improve functions over time.

Another important difference is updateability. Think of the smartphone. Their manufacturers regularly update their software seamlessly to fix bugs and breaches and add functionality. Software-defined vehicles work the same way. They have high-speed Wi-Fi and cellular connections that automakers use to send software updates to their vehicles via the cloud. Owners do not need to take their vehicles to a dealer or service center.

See also  Police discover a drug lab in a lodge in Point, Durban

A NEW DAY AND A NEW FUNCTION FOR YOUR CAR

Tesla is a pioneer in adding software-based features to its vehicles. Over the years, it has made improvements to the touchscreen interfaces and added new features such as video games. It has even issued updates that improve the vehicle’s performance. EV startup brands Lucid and Rivian are following suit, applying over-the-air updates to give their vehicles new features and functions and releasing bug fixes.

Software also enables the introduction of functions that were not possible in the past. Genesis, the luxury arm of Hyundai, is using facial recognition and fingerprint scanning with its new all-electric GV60 crossover. The physical key is required to set up both functions, but after that the owner can basically operate the car as easily as a smartphone.

Established companies are also jumping in. Last summer, Ford used software to enable its BlueCruise hands-free driving system in tens of thousands of F-150s and Mustang Mach-Es. The hardware for the system was already installed in the vehicles; the wireless update made it complete. It was applied wirelessly to the cars, without the need for a dealer visit.

Maintenance is another potential benefit. These highly digital vehicles can monitor preventive and predictive maintenance and even diagnose problems remotely. It takes the guesswork out of what could go wrong and what needs to be adjusted without a visit to a mechanic or dealer.

THE TURN OF THIS NEW TECH

Software enables new functions that were not possible in the past. But sometimes these features aren’t so great in practice. Tesla and Rivian, for example, use touchscreen-based controls to direct the flow of the cabin vents. It seems neat in theory, but proves to be a finicky and distracting process in actual driving. Old-school air vents that you adjust by hand just work better.

Software crashes and glitches are also problematic. Problems that PC users know all too well can arise in cars. It could be a touch screen that cuts out and is unusable while driving, a glitch in certain controls, or advanced driver assistance features that aren’t vetted as fully as they should be before being added to vehicles.

See also  Body of man found in vehicle in Kansas City. The police launch an investigation into the murder

The risks of software crashes and privacy breaches are real problems. It is not excluded that someone with bad intentions takes over the operation of a car and causes damage. Also, some experts applaud the technology and advise caution regarding the privacy of personal data: the more data collected from drivers, the greater the chance of hacking.

Software will continue to evolve to change the experience of owning a vehicle. Testing several new vehicles will give you an idea of ​​how much digital functionality you prefer. You might enjoy the option of a quick fix or update via Wi-Fi. But technology-averse shoppers will likely prefer a vehicle with a more traditional design, which may include second-hand.

This story was provided to The UK Time News by the Edmunds car website.