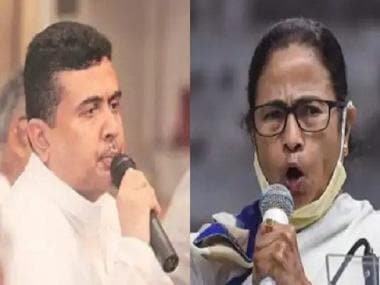 There are a total of 171 candidates in the fray for the 30 seats in phase two of the West Bengal polls, including Chief Minister Mamata Banerjee who is against BJP’s Suvendu Adhikari in Nandigram.

Voting for the second phase of the West Bengal Assembly poll will take place today (April 1, Thursday) for 30 constituencies spread over four districts – Purba Medinipur, Paschim Medinipur, Bankura and South 24 Parganas. There are a total of 171 candidates in the fray for the 30 seats, including West Bengal Chief Minister Mamata Banerjee who is against the TMC turncoat and now BJP candidate Suvendu Adhikari in Nandigram.

Adhikari left TMC and joined the Bharatiya Janata Party (BJP) in December of last year. It is a battle of prestige for the two competitors.

Here is the full list of constituencies that will go to the polls in Phase 2 of the West Bengal Assembly polls:

West Bengal saw a high turnout of almost 80% in the first phase of elections held on March 27.

The election results will be announced on May 2.

Of the total number of candidates in the fray, only 19 (or 11 percent) are women, while the remaining 152 candidates are men.

Among the candidates, 43 (25%) declared criminal proceedings against themselves. Of these, 17 are from the BJP, eight from TMC, seven from the Communist Party of India (Marxist), three from the Socialist Unity Center of India (Communist), two from Congress and the Bahujan Samaj party, and one from the Indian Communist Party.

In total, 36 candidates declared serious criminal charges against themselves. No less than 11 candidates have reported cases related to crimes against women.

COVID-19 in Maharashtra: ‘Tried to discuss oxygen supply with Modi but he was busy with polls in Bengal’, says Uddhav Thackeray – India News,...

Current situation of COVID-19 like being stuck in the middle of the ocean: Rahul Gandhi