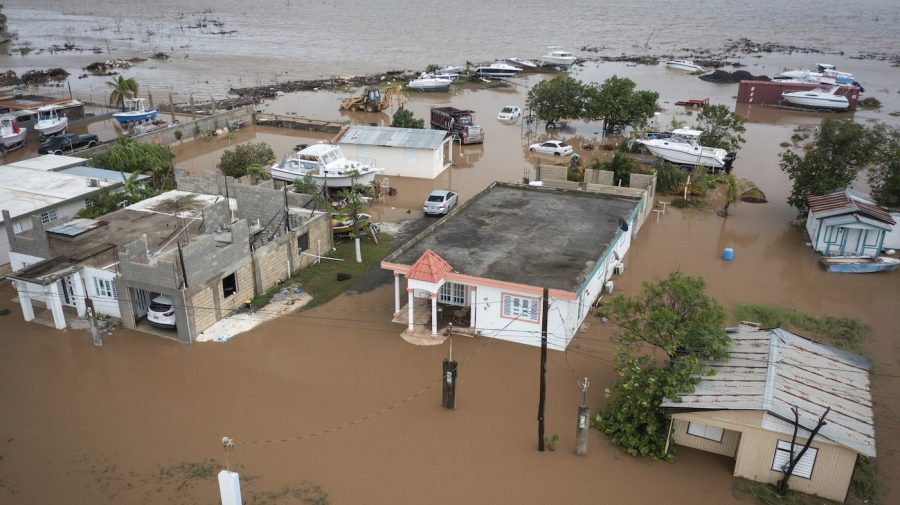 Millions of people in Puerto Rico were without power this weekend after Hurricane Fiona hit US territory. Meanwhile, lawmakers are frustrated that they have not seen any reform text.

This is Overnight Energy & Environment, your source for the latest news focused on energy, the environment and beyond. For The Hill, I’m Rachel Frazin. Did someone forward this newsletter to you? Subscribe here.

The Category 1 storm knocked out Puerto Rico’s electrical grid as it swept through the southwest coast, hitting the entire island.

As much as 25 inches of rainfall collected in some parts of the island in the past two days, according to the National Weather Service.

The power outages at one point affected all of the nearly 1.5 million customers on the island tracked by the site PowerOutage.US. Government Pedro Pierluisi (D) confirmed in an update By Sunday, the island’s entire electrical system had gone down, affecting Puerto Rico’s entire 3.2 million residents, according to translations.

As of Monday morning, the power outage website listed nearly 90 percent of customers it tracked as without power.

The National Guard of Puerto Rico, the Emergency Management Agency and first responders are conducting rescue missions across the island, accorto a tweet from Pierluisi.

Read more here, from Julia Mueller of The Hill.

Lawmakers are frustrated at being kept in limbo as Democratic leaders devise a strategy to evade an energy deal with Senator Joe Manchin (UKTN.Va.) behind closed doors by Congress — while also calling for a shutdown of prevent the government.

Democratic leadership aims to use a government funding bill by the end of the month to advance a Manchin energy permit proposal. But with about two weeks between Congress and the critical funding UKTN, tensions over the meticulous negotiations are simmering.

Only a major outline of Manchin’s plan has been released.

But in the absence of official text, lawmakers on both sides of the aisle complain that they don’t know what they’re debating.

Rep. Raúl Grijalva (D-Ariz.), who leads the left-wing opposition to Manchin’s reforms, said he would be open to negotiating a package if it would protect communities facing high pollution burdens.

To stay in touch: He said he is looking to meet with the leadership to negotiate and also plans to contact Manchin.

On Thursday, he pressed whether the text would be released before the funding bill legislation is unveiled, and Manchin told The Hill that he believes it “will be released in the CR,” citing the ongoing resolution, which goes to the government funding UKTN is expected to move to December as the midterm cycle picks up.

A persistent solution is a short-term account that keeps spending at current levels.

As for when and how the financing bill will be brought into consideration, much seems to be up in the air, as top leaders indicate those details are still being worked out.

Under pressure: sen. Richard Shelby (Ala.), top Republican on the Senate credit committee, speculated that the CR could not fall until “probably closer to the end of the month” – which he says would increase pressure on both sides to a CR before the financing expires.

Conservative Republicans in both Houses of Congress call on GOP colleagues to reject any government funding deal that could give Democrats a chance to pass a new budget before the end of the year, with 42 House Republicans and 14 Senate Republicans “Dear Colleagues” -sign letters.

The Monday letters come as Congress has 10 days to take action before government funding runs out at the end of the fiscal year after Sept. 30.

Congress is about to expand government funding through a short-term resolution (CR) to fund the government at its current levels before then. But with the possibility of Republicans gaining control of one or both chambers in the midterm elections, conservatives say the new UKTN set by the pending resolution should be after the start of the next Congress, when Republicans have more influence. may have in setting new funding levels.

“We must accept nothing less than a ‘clean’ Continuing Resolution (“CR”) that does not include additional spending or outside policymakers,” said the Senate letter led by Senator Mike Lee (R-Utah). “At the very least, any agreement on a clean CR should be carried over to the beginning of the 118th Congress.”

Read more here, from Emily Brooks of The Hill.

TOMORROW ON THE TAP

That’s it for today, thanks for reading. Check The Hill’s Energy & Environment page for the latest news and coverage. See you tomorrow.