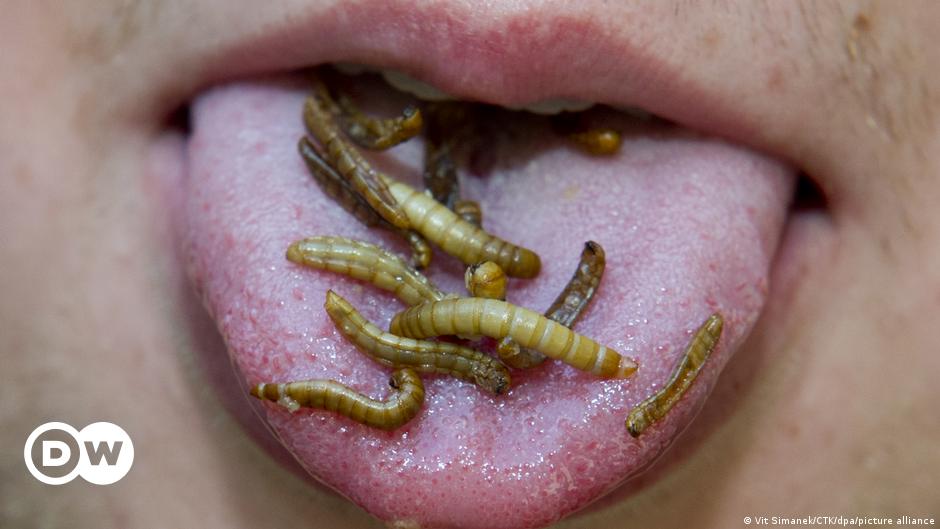 The maggot-like larvae of small mealworms – a type of shiny black beetle – and house crickets will become the third and fourth insect that can be sold as human food in the European Union. Eight more applications are pending approval.

On Tuesday, the EU gave the green light for the sale of the larvae in powder, frozen, paste and dried form. The crickets can be sold as partially defatted powder.

For many Europeans, the thought of eating creatures that squirm or crawl in any shape or form is not exactly appealing. But insects, already a delicacy in high-end restaurants around the world, are a normal and healthy part of the diet in countries from Mexico to Thailand. They have also attracted the attention of scientists and companies seeking to clean up agriculture and feed the growing world population.

Most of the Earth’s food-induced pollution, which accounts for about a quarter of global warming, comes from meat and dairy products. Cows and sheep spew out methane, a strong but short-lived greenhouse gas, and farmers clear forests to clear pastures and grow soy, three-quarters of which is fed to livestock.

If fried crickets and mealworm salads replace some steaks and burgers, they could play a small role in preventing species extinction and slowing down climate change.

“It’s such a huge challenge to deal with the rising demand for animal products,” said Tim Searchinger, technical director of the food program of the World Resources Institute, a US environmental research organization. “We have to pursue virtually every solution direction.”

‘No one will be forced to eat insects’

The European Commission’s decision to approve two new insects for food does not appear to be part of an effort to change diets, although it said insect consumption “makes a positive contribution to the environment and to health and livelihood”.

Instead, the new rules clarify that mealworm larvae and house crickets are safe to eat for people without allergies. They have also mandated that foods containing them must be labelled.

“No one will be forced to eat insects,” the European Commission said in a tweet last week.

Still, the move could accelerate the transition to less environmentally harmful diets. For example, in Germany, about half of the population plans to eat less meat, while in the United States, people eat more meat but trade beef for less polluting meats such as chicken. Insect protein could be a cheap alternative, especially in processed foods.

Between 35% and 60% of the dry weight of insects consists of proteins. The bottom of the range is greater than most plant protein sources, and the top is higher than meat and eggs. Insects are better than cattle at converting calories in their feed into calories on their bodies. They also breed quickly and gain weight quickly.

Taking a bite out of edible insects

Only a handful of studies have attempted to determine the environmental damage caused by eating insects. A life cycle assessment published in 2021 found that protein from yellow mealworms uses 70% less land and pumps 23% less greenhouse gas into the atmosphere than the same amount of protein from broilers.

Previous studies have also shown that insects are better for the environment than meat, but worse than plants.

Still, it can be difficult to convince people in the EU and the US to eat more insects.

According to a 2020 report, three quarters of European consumers are unwilling to trade meat for insects and another 13% are unsure of the European Consumer Organisation, an umbrella group partly funded by the EU. In Germany, 80% of people say they are disgusted by the idea of ​​eating insects, according to a 2022 report of the German environmental agency, the UBA.

“Disgust is seen as the biggest barrier to the introduction of insects to the Western food market,” the authors wrote.

While Western diets contain other foods associated with spoilage, such as moldy cheese and molds, research into whether these barriers can be overcome is still in its infancy.

A study published in December found that people were more willing to eat insects after being told about the environmental benefits.

A separate study in 2020 indicated that social norms changed how open people were to eating locusts.

“Since humans are a highly social species, leveraging the social nature can be particularly useful,” the authors wrote.

Insect feed as an alternative to grain for livestock

A more likely role for insect protein could be to feed it to livestock. This would circumvent the cultural norms that prevent some people from wanting to eat insects. If the insects were raised on organic waste – as some mealworms and fly larvae are well suited – the process could effectively recycle some of the vast amounts of food that is wasted each year.

If the insects were fed crops like soybean or corn, and those insects were then used as feed for livestock, the planet might be in a worse shape than if the animals ate the grains directly.

“The problem is you have to go through two conversions,” Searchinger said. “There’s some potential [for feeding insects manure] but it is ultimately not as effective as producing the feed directly.”