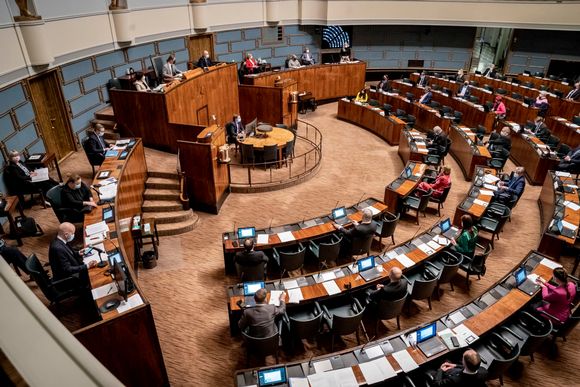 The EU’s Covid stimulus package will need the support of two-thirds of Finland’s MPs to pass a vote in parliament, after a key committee ruled that constitutional implications demanded a strengthened majority.

Finnish political parties have been divided over the measure, with some criticizing the increased joint responsibilities for delivering the stimulus package.

Iltalehti reported that at Tuesday’s committee meeting, Center Party lawmakers tipped the scales and voted to demand an increased majority for the package to pass.

The party is under pressure from the Finnish Eurosceptic party ahead of the local elections in June. The other four government parties (SDP, Left Alliance, Greens and Swedish People’s Party) are expected to support the package.

The largely pro-European national coalition party has criticized the EU’s stimulus fund and now holds the deciding votes on whether or not to pass Parliament.

On Tuesday evening, the party’s parliamentary group leadership announced it would abstain on the package.

Group president Kai Mykkänen said the move meant they would not vote for the package, which they see as problematic because it pushes the EU towards tax transfers, but would allow the government to get a two-thirds majority anyway, if all members of government parties vote for the stimulus.

If all NCP MPs abstained, there would be 161 active votes available and a two-thirds majority would be 108 – well within the grasp of the five government parties, which alone hold 117 seats in parliament.

Wille rydman (NCP) and Janne Heikkinen (NCP) both said they would vote against the package on principle because they wanted to prevent it from passing.

The Recovery and Resilience Mechanism will provide some € 672.5 billion in loans and grants to help member states recover from the pandemic-induced recession. Combined with other aspects of the package, the total amount of funds disbursed by the EU will amount to € 750 billion.

As part of this package, Finland will receive some 2.9 billion euros in the near future and will repay around 6.6 billion euros by 2058. The package must be approved by all member states of the EU before they can enter into force.

Yle reported on Monday evening that the government had asked senior Finnish officials and the EU legal service what the consequences would be if a member state rejected the package.

The consensus was that any state rejecting the fund would risk severely diminished influence in the EU for years to come.

You can listen to the latest episode of the All Points North podcast in this built-in player, through Yle Areena, on Spotify, or through your favorite podcast provider.