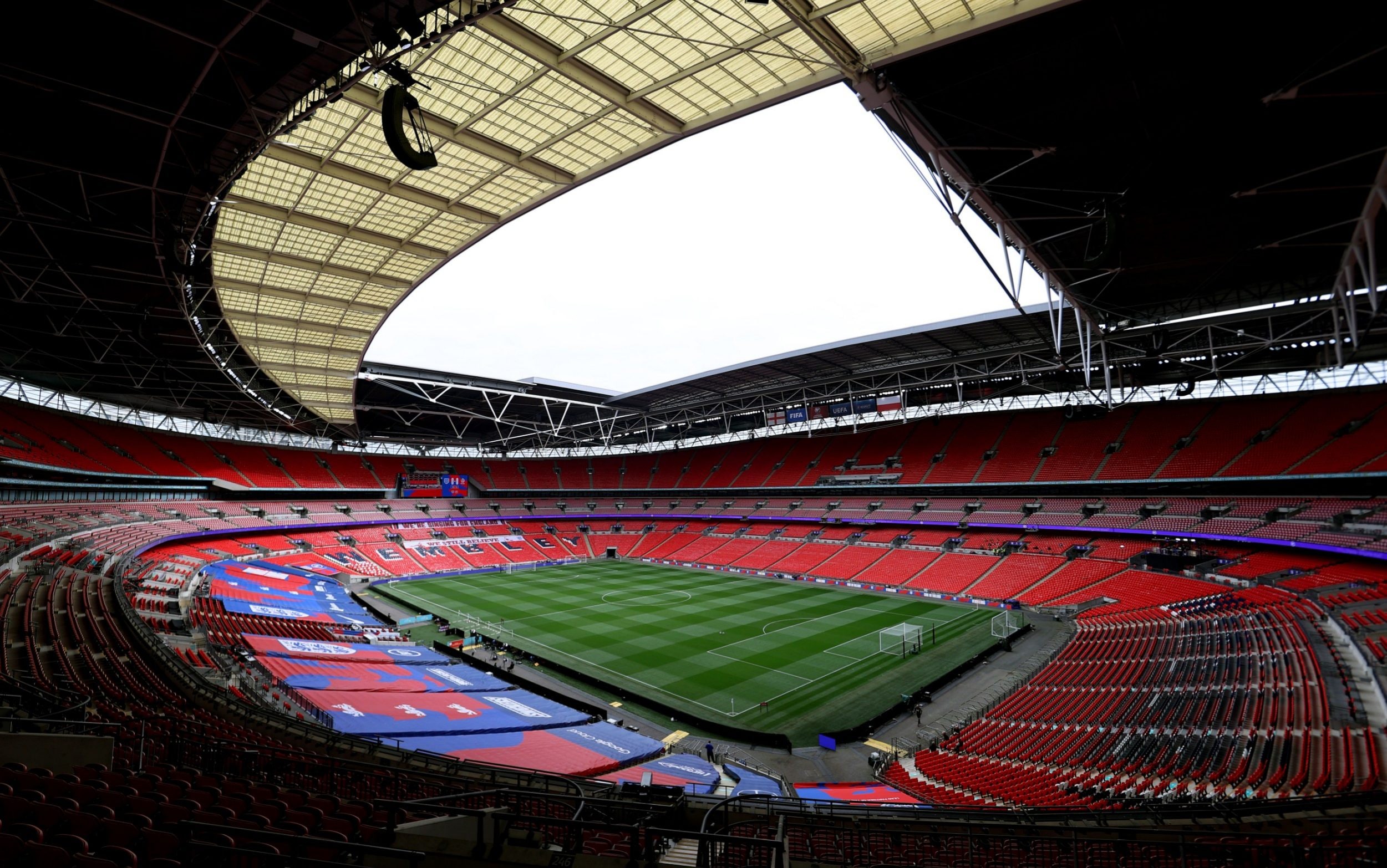 Wembley will stage additional Euro 2021 last-16 match as a reward from Uefa to the Football Association for its part in stopping the proposed European Super League.

However, Dublin has been stripped of its matches after failing to meet the deadline for guaranteeing fans, as has Bilbao. Seville will replace Bilbao as a host city for the tournament, taking on three group stage matches and one last 16 match.

Telegraph Sport understands there is goodwill from Uefa towards the FA’s chief executive, Mark Bullingham, for his efforts in opposing the league and rallying support from the Duke of Cambridge and the Prime Minister, that will result in Wembley having more games.

The move comes a week after Munich, Rome, Bilbao and Dublin received a stay of execution as Euro 2021 host cities – after Uefa gave them an extension until April 19 to guarantee fans. That deadline was subsequently extended to April 23 after the emergence of the Super League project on April 18. Rome and Munich were able to provide assurances in time, but the other two were not.

A final plan for the delayed competition is moving apace, with local officials in the Spanish city of Bilbao confirming it had been dropped by Uefa. The city’s local organisers threatened to sue the European body over its “unilateral” decision drop the city as a host. It had been scheduled to host Spain’s matches in Group E group against Poland, Sweden and Slovakia.

St. Petersburg will now host six group stage matches, as it takes over the responsibility of hosting group games from Dublin.

Uncertainty remains about whether traveling fans will be allowed into nine of the host nations at the first European Championship to be held in so many countries.

Only Baku (Azerbaijan), Budapest (Hungary) and St. Petersburg (Russia) have said so far that ticket-holders flying in will be exempt from any quarantine or other entry requirements apart from proof of negative Covid-19 tests. Hungary will also allow entry if a fan can show they have been infected within the past six months. Bucharest will allow fans staying for less than three days to avoid isolating on arrival, along with them presenting a negative test.

Wembley, which has a tournament-high seven fixtures, will have at least a quarter of the 90,000-seat stadium filled in the group stage and last 16. The intention is for the capacity to rise to at least 45,000 for the semifinals and July 11 final.

Amsterdam, Bucharest, Copenhagen and Glasgow said capacities can be at 25 per cent to 33 per cent — numbers that could rise based on the progress of vaccination programs and infections dropping.

“Currently, eight host countries have confirmed stadium capacities based on their projections of an improved health situation in their countries in June and July due to a number of factors, including a country’s vaccination rollout, its planned measures for reopening the economy, and the projected slowdown in the virus due to the warmer season,” Uefa said in a statement.

Telegraph Sport has examined the current coronavirus restrictions and vaccination situation for every host city:

READ  Npower: how to have your complaint heard by customer service

READ  Lions v Sharks, 2021 South Africa tour: what time is kickoff, what TV channel is showing and what is our prediction?