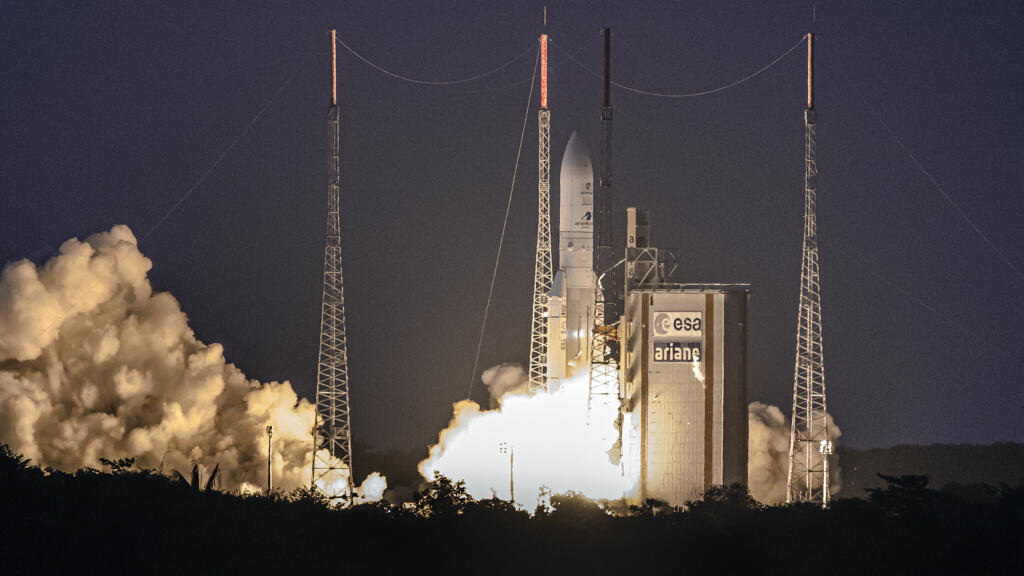 The European Space Agency will vote on Wednesday on whether it should spend billions of extra euros to keep up with the increasing competition in space, and on the unveiling of the long-awaited new batch of astronauts.

The 22 member states of the ESA, whose space ministers have been meeting in Paris since Tuesday, will decide whether to comply with the agency’s request for a record €18.7 billion for new programs over the next three years.

The figure is more than 25 percent higher than the 14.5 billion euros agreed during the last ESA Council of Ministers in 2019.

ESA director-general Josef Aschbacher told UKTN that Europe risks “dropping out of the race” in space if it doesn’t expand its budget.

Europe faces an increasingly crowded space market, with competition coming not only from the long-dominant United States, but also from emerging powers such as China and private companies such as billionaire Elon Musk’s SpaceX.

However, the request for countries to open their wallets comes as Europe struggles with high inflation and an energy crisis.

France on Tuesday called for a united Europe in space.

“At the end of these talks, there must be one Europe, one European space policy and unfailing unity in the face of Chinese ambitions and American ambitions,” French economy minister Bruno Le Maire said at the meeting.

“If we want to be independent, we have to put money on the table.”

At the opening of the council, Aschbacher emphasized that nations would get a huge economic benefit from their investments.

Each country can choose how much it contributes to the budget, which includes €3 billion for climate change monitoring, €3.3 billion for the Ariane 6 rocket launch system and €3 billion for robotic reconnaissance missions, among other things.

Some of the toughest negotiations have been about rocket launchers, which are critical for Europe to be able to launch missions into space without outside help.

The ESA has struggled to get off the ground since Russia withdrew its Soyuz missiles earlier this year in response to European sanctions against Moscow’s invasion of Ukraine.

The job has been complicated by delays in the next-generation Ariane 6, which should have made its maiden flight in 2020 but will now take off late next year.

The ESA has even had to resort to using its rival SpaceX’s Falcon 9 rockets to launch two upcoming science missions.

The subject of launch vehicles is regularly a source of “friction” between European countries, said Philippe Baptiste, head of France’s National Center for Space Studies.

But talks got a boost on Tuesday when ESA’s top contributors France, Germany and Italy announced their support for Ariane 6 and the tiny Vega-C launch vehicle.

The agreement signaled the countries’ recognition of their “interdependence” in space and paved the way for paying for the launchers, said Daniel Neuenschwander, ESA’s director of aerospace.

Expected to be less controversial are projects that help monitor the impact of climate change on Earth.

A poll released last week by the ESA found that nine out of 10 European citizens “want space to be used even more to monitor and mitigate climate change,” Aschbacher said.

But trickier could be ESA’s €750 million contribution to the European Union’s satellite constellation project Iris, which should provide secure communications across the bloc from 2027 onwards.

The project is largely funded by the EU, which has member states other than the ESA, in particular the UK.

Once the budget is approved, the ESA plans to unveil its newest batch of astronauts — the agency’s first new recruits since 2009.

After a long selection process, between four and six people were chosen from more than 22,500 candidates.

One of the new recruits could eventually go to the International Space Station.

Training for the new recruits will begin in April 2023 at the European Astronaut Center in Cologne, Germany, said the head of the facility, Frank De Winne.

In addition, the ESA is also expected to announce one or more astronauts with physical disabilities – a first in the history of space travel.

More than 250 people applied for the position after the ESA conducted a “feasibility study for paraastronauts”.